After defeating Atalanta last week Inter would go on the road to Sardegna Arena to face 12th place Cagliari. Inter would look to keep their winning ways where they have yet to lose a match this season. Cagliari would look to move up in the league standings. Last season these squads would half the victories in their first match of last season Inter would go on to win the match 3-0. In their last match Cagliari would win that match 2-1. Overall Inter have won 3 of their last six matches against Cagliari. Cagliari would have a 37% victory success against Inter. They have only drawed once in their last 6 matches which was back in February of the 2014 campaign. When these teams face each other Cagliari play an aggressive game against their opponents which means they’re willing to take the attack to Inter which is one thing Inter need to keep in check. Inter on the other hand play with a non-aggressive style which can be costly. They play with possession like tactics where they have more chances to open up goal opportunities and keep the opposition from getting any sort of momentum started. But one of the downsides of Inter is in their consistency which is on thing they need to work on. The first half would start off with Cagliari dominating the possession game with Inter having limited goal opportunities but Inter would only have one goal this half which would come from Icardi.. The second half is where things would heat up. Both squads would open more opportunities. In this half Inter would score two goals which would come from Brozvic and another from Icardi while Cagliari would get one of their own from Pavolleti. This match would end with Inter winning 3-1. This would be their 11th win of the season.
Inter would stick with the usual 4-2-3-1 formation which has been a successful formation for them this far.

This was a hard fought three points for Inter. Despite the win they played sloppy and inconsistently. But either way they’ll take the three points. The man of the match goes to Candreva who assisted in majority of the goal attempts and goals in todays matchup. Going forward they need to work on their inconsistent performances and work on being cohesive all around. They’re doing well creating goal chances but they need to learn to be a bit more possessive of the ball and keeping it away from their opponents and the defense needs to make sure the opposition doesn’t have a chance to take goals on their side of the pitch. But this is still a far cry from where they were last campaign but they still have room for improvements. Next week Inter travel back home to take on 9th place Chievo. The last time they played each other Inter won 3-1 but we’ll see where things go. .

Man Of the Match: Andréa Candreva 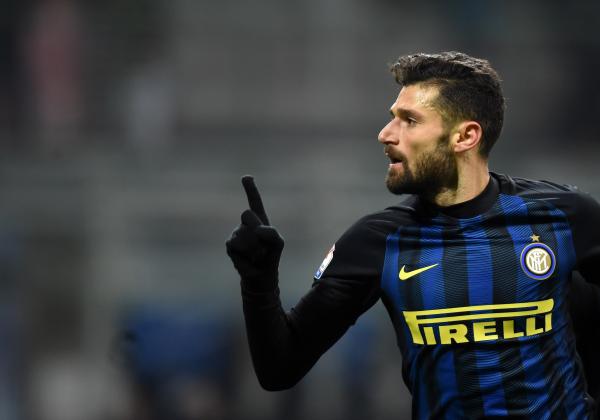