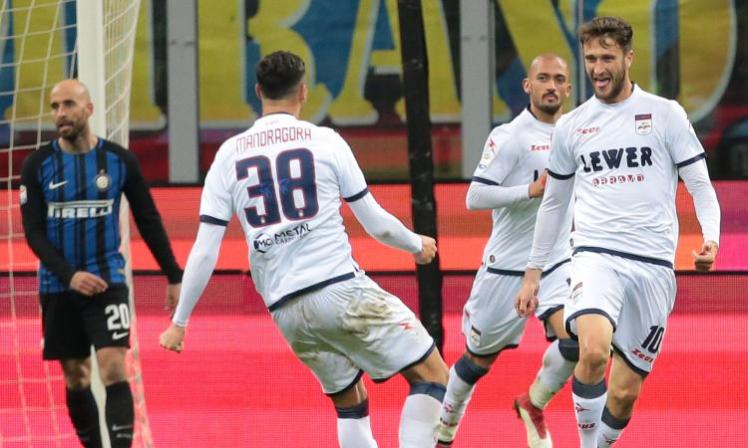 Struggling Inter after last weeks draw vs SPAL would travel back home and take on visitors Crotone. Crotone are coming off of a draw themselves as Crotone find are flirting with the relegation zone and hope to get far away from it. With title hopes having been slashed Inter are playing and are hoping for the final spot of the Champions League. The last time Inter faced Crotone they would go on to defeat them 2-0 and hope to do the same again. Both sides are struggling as of late with Crotone being relegation favorites while Inter who started the campaign red hot have been on a downward spiral since week sixteen. Both side are looking to get back on winning terms and get some of their momentum back. Things that Inter will definitely need to keep an eye on when facing Crotone is keeping their chances limited because if Crotone gets the ball and they’re able to capitalize on a opportunity they do a great job of protecting the lead and so far Inter as been struggling to keep the ball away from the opposition. Also they got to make sure to step up on the defending as well since one of the strengths of Crotone is they are excellent at stealing the ball. Besides all that Inter need to remain calm and focused especially when they’re under a lot of pressure as they tend to clam up and let costly mistakes get to them. If they can keep focused that is half the battle. Both sides are going to stop at nothing to get these vital three points. The first half would start off kind of slow with no real chances being taken until after the ten minute mark when Crotone would start opening chances for their side and look to take advantage early and set the tempo of the match despite Inter controlling the possession and chances game. Both sides would continue to open various chances when in the almost halfway point Inter would get on the board when Eder finds the back of the net and lands the ball in the top right corner giving the home side a 1-0 lead. Crotone would look for a equalizer while Inter tries to add to their slim lead. Both sides would keep opening chances despite not being able to capitialize on them. The half would end with Inter up 1-0. After the break Crotone heated things up as they opened up more chances despite the possession lead along with creating the most chances. Crotone look to get back on even ground and their chance finally came with thirty minutes left in play as Barberis lands the ball in the lower left corner. Now both sides are now in the hunt to win this match. Despite both sides creating great chances this match ends with a score of 1-1. This gives Inter seven consecutive winless matches as they continue to drop points.

Due to Icardi suffering a muscle injury during this weeks practice Spalletti would change formations from the usual 4-2-3-1 to a 4-3-3 formation. Also there is some player and position changes as well. In goal taking his usual position is second in clean sheets after Allison of Roma Handanovic who has been doing everything in his power to keep the ball out of the goal and who has been one of the most consistent players of the season. On defense is where the first of the player and position changes. On left back Dalbert replaces D’Ambrosio who moves back to his usual position on right back. In between on left and right center back are Miranda and Skriner who has recently had interest from other clubs to buy him at the end of the season when his loan spell at Inter expires. The only way he can stay is if Inter decide and buy him themselves and make him a continued starter in that position. On right back as mentioned D’Ambrosio who has been the top defender for the club ever since he signed for the club. Up in front of the defense in the defensive mid the defensive duo of Vecino and Valero though they both would move over so Brozovic could join them. So on the right in this rare lineup is Vecino in the middle Valero and on the right Brozovic. Up on the attacking mid secondary goal scorer left winger Perisic who as struggled along with top scorer Icardi to find the back of the net as of late as well. In the middle is striker Eder in the middle taking over the striker position for Icardi. Capping them off on the right none other than right winger Candreva. This is a ok lineup the formation they should have stayed with the 4-2-3-1 formation put Eder in Icardi’s position and in the center mid put Barcelona loanee Rafinha on to get one more mid feilder out there who could set up more goal chances that and it would give him his first start for Inter and would give him more playing time and a better chance to see what he could do for the club. Players Inter need to keep a eye on are main goal chance takers on Crotone are Trotta, Barberis and Ceccherini if they keep these players chances limited they best Inter could get based on recent performances is a draw.

Yet again Inter are only getting a point out of this match which they’ll take but this is another unacceptable performance. The first person to blame in this horrendous match is Spalletti if he stuck with the usual formation and added another mid fielder to the lineup who could create chances and give Inter a better chance of winning it would’ve been the best option. When it comes to the players some look like they want to play for the club while others look like they have no interest being there. The players who want to be there however are doing whatever is needed to get a victory while the ones who don’t want to be there give mediocre performance after mediocre performance which is a slap in the face of the fans who dish out their hard earned money to one day see another Scudetto only to see the same old garbage week after week. If Inter have any hopes of even securing a Champions League spot the defense needs to work on keeping the opponents covered while trying to take the ball away from them. Also they need to make sure they keep a eye on any open pockets and fill them to prevent the opponent from sneaking by them. On offesnse they are doing ok creating chances but they look like they can’t even hit a barn door majority of the time. If they can start capitalizing on chances they can possibly get back onto winning track though it looks like a dream at this time. The man of the match is yet again Handanovic who is still showing consistency throughout the match despite the ball getting past the defense which leaves the goal open for the opponent to take a chance and the ball slipping past him but he’s doing whatever he can despite the situation, Next week Inter welcome visitors Bologna the last time they faced each other the score was 1-1 which based on recent performances may be the same result yet again. Hopefully Inter can wake up if they do they need to do it fast. Until next time as always FORZA INTER.

Man Of The Match: Samir Handanovic (9) 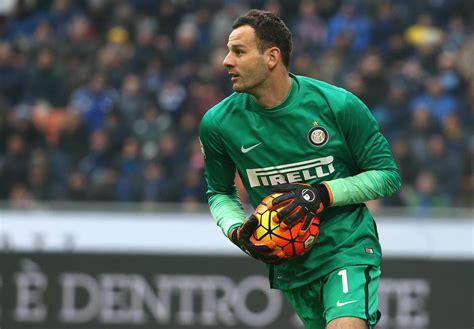