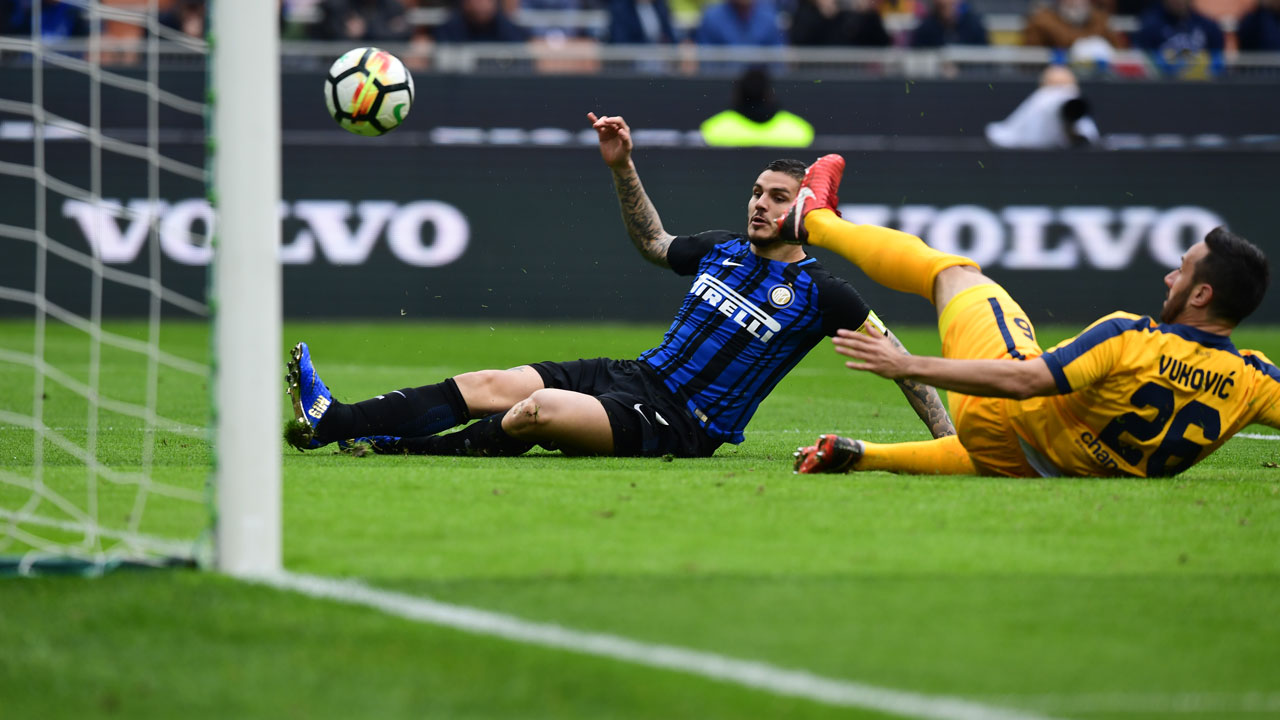 After the international break football action resume as Inter welcome visitors Hellas Verona. The last time they faced each other Inter would go on to win 2-1. Inter have won four of their last six meetings against Verona while two of the other results were a draw. Inter currently sit in fourth in the table and are still in the hunt for a Champions League spot or at least a spot in Europe. While Verona sit 19th in the table and who are still hoping to avoid relegation but based on their recent performance it’ll be a difficult challenge for them.There aren’t many strengths to Verona but they do have weaknesses that Inter can continue to exploit. The only strength they have worth mentioning is that they are good at stealing the ball away from their opponents which can be a problem for Inter if it’s not contained early on in the matchup. But the weaknesses they can continue to exploit is they have a hard time maintaing possession of the ball so Inter will need to keep the ball away from them at all times or has much as possible. Also they need to keep taking chances as they are weak at stopping opponents from creating them. They will also need to draw fouls as they have a hard time avoiding fouls in dangerous areas like inside the box. Last of all they need to draw individual errors as some of their players struggle with maintaining errors. Verona’s style is aggressive style and they will do their best to keep the ball. They play with the whole pitch especially the width. They take long shots and attempt crosses often throughout the match. Also they play very defensively in their own half to help prevent the opposition from trying to score. If Inter can keep the pressure on Verona they can very much win this match. In the first half Inter would dominate early on with two goals one from the captain Icardi and one coming from Persic. The first half would end with Inter up 2-0 on their opponents Verona. In the second half Verona would look to get on the board but would struggle to do so as Inter would hold them to a stand still and Icardi would score one more goal as Inter win the match 3-0 and it keeps them in the hunt for a Champions League spot and giving them the much needed three points. Inter would stick with the all to familiar 4-2-3-1 formation but would stick with the same players but just one position switch. On defense on left back is key starting defender D’Ambrosio. In the middle the dynamic duo of Miranda and Skriniar who have work cohesively throughout the season and they gel together so well. On right back is another anchor to the defense Cancelo. On the defensive mid feild swapping sides is none other than Brozovic and Gagliardini who are in their own right very strong and cohesive together. On the attacking side of things is left wing and secondary goal scorer for the club Persic who finally broke his goal dry spell last week against Sampdoria and who is in the hunt to continue getting more goals going forward. On center mid who has been a great addition to the club despite it being a loan Rafinha and capping them off on the right wing Candreva. Up top the Inter scoring machine who also broke his goal spell himself and who also got over his 100th Serie A career goal Icardi. This is a very strong lineup and is capable of destroying Verona. They just need to keep them locked down in their own half and make sure they don’t get many chances to score and to continue to exploit the things that were mentioned earlier. The players they will need to keep an eye on is Fares as he’s good at taking chances and also they’ll need to keep an eye on Calvano as well if Inter can keep these players and things in check they can easily win this match.

Well in conclusion this match was a well deserved win for Inter as they continue to to hunt for that final spot in the Champions League but the race for it is very tight and can go either way. Inter are slowly looking like the team from seasons past but they still have a long way to go before they get there and have any hopes of being title contendors and a real threat in European competitions. They did a excellent job today by not letting Verona take many chances and they did do a great job preventing the goal chances they did take. Also they did take a lot of chances on goal and did a awesome job following through on some of those chances and getting three goals which means they’re getting their in ways of following through with goal chances which were a issue in games past. So overall today they did a excellent job. The man of the match goes to Perisic who did a great job with assisting with goals and taking chances when he was given the chance and was very consistent the whole match. Next match is the Deby Della Madonia or otherwise known as the Milan derby as Inter take on their rivals Milan in a makeup match after the original date was postponed to to the sudden passing of Fiorentina captain Davide Astori. The last time these two rivals squared off Milan would defeat their rivals 1-0. If Inter can keep their chances limited and make sure they keep them in their own half the best they can hope for is a draw. But either way this will be an exciting match up as derby matches are always fun and exciting to watch. But as usual FORZA INTER.

Top Of the Table