After failing to beat Torino and also failed to take over third to get a Champions League spot Inter take on ninth place Atalanta. The last time these two teams squared off Inter defeated them 2-0. The goal for Atalanta is to move up in the table to hopefully overtake the seventh spot which is separated by two points as Atalanta have forty eight points and the seventh place Fiorentina have fifty points. While on the other side of the coin Inter dropped to fifth place after losing their match against Torino. This comes after a Roma loss and them moving to fourth and a Lazio win moving them to third. Inter look to try and over take them both and get in that much needed  final automatic Champions League spot but as the matches go on and time running out it’s now or never for them to make their move or the worst case scenario they get in the Europe League which is better than last season as last year by just one point their derby rivals Milan would get that spot which if you support Inter or any club seeing your rivals finish above you even if it’s just a point is heartbreaking. Things that Inter will need to do if they have any chance of shutting down Atalanta are keeping their chances limited as they are good at taking them. Also they’re good at stealing the ball away from their opponents which is one thing the offense needs to keep in check. They also are great at coming back from losing positions so Inter need to get a solid lead and fast to make it difficult for Atalanta to comeback from it. They do however struggle with defending against skillful players which is one thing they can exploit. But since Atalanta are playing at home this will be a tough match for Inter but the best they can hope for is a draw. In the first half Atalanta would be all over Inter by dominating the possession and continually taking scoring chances and holding Inter to a stand still. In the second half Atalanta continue their onslaught on Inter as the match ends in a point split.

This week Inter change to the 3-4-2-1 or the Christmas tree formation as one of my friends calls it. On defense on left back is Miranda on center back who Inter fans hope get a contract extension is Milan Skriniar who has been a great asset to the club and on right back is their main defender D’Ambrosio. On defensive mid is On left wing back is Cancelo on left and right center mid are Vecino and Gagliardini. On right wing back getting his first start in over two months Santon. On the attacking mid is left winger Perisic who is secondary goal scorer for the club and who is the top five players leading in assist. On the right wing is Rafinha who has shown interest at staying at Inter after his loan is up at the end of the campaign. Up top is the Inter scoring beast Icardi who has over 100 Serie A goals. This is a terrible lineup they should’ve stuck with the 4-2-3-1 formation to have that extra defender and extra midfielder. Since Atalanta is at home it will be a challenge for Inter as they are good at defending their home turf. On Atalanta they need to keep an eye on Gomez who is a great goal chance taker and will try and score often and on defense who is good at his job is Caldara who is known for giving players problems. Also they need to keep an eye on De Roon as well. The best Inter can hope for is a draw but the three points right now are crucial. 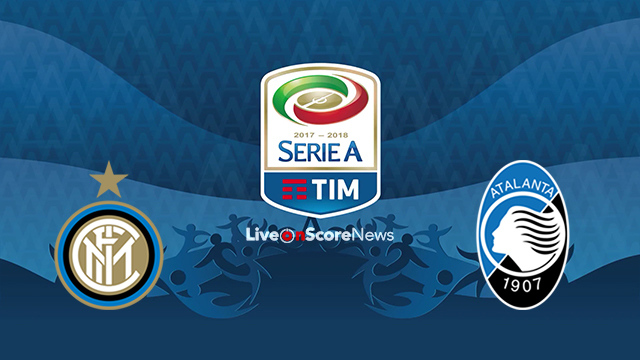 Persic was mere inches away from the opening goal in a scoreless first half.

Was this a well earned point the answer is clearly not. The way Atalanta was playing they could’ve easily won this match. Lady luck was definitely with Inter as a worse result could’ve happened. But they’ll take all the points they can get. This was a piss poor performance from Inter they lacked the defensive capability to prevent Atalanta from creating scoring chances. Also they struggled to create chances of their own. Also tactical errors and miscommunication was also to blame as well. If Inter don’t secure either a Europe or Champions League spot Spalleti’s job may be on the line especially since Inter were in title contention but dropped to fifth after seven straight -winning matches. Inter seriously need to wake up if they have any hopes of a CL spot which at this point may not happen. The man of the match goes to Miranda who was consistent all match and tried his best to shut down Atalanta’s advances. Next week Inter take on 14th place Cagliari where in their previous meeting in the first half of the season Inter win that match 3-1 hopefully they get a similar result again because the season is coming down to the wire and all the points count. As always FORZA INTER.

Man Of The Match: Miranda