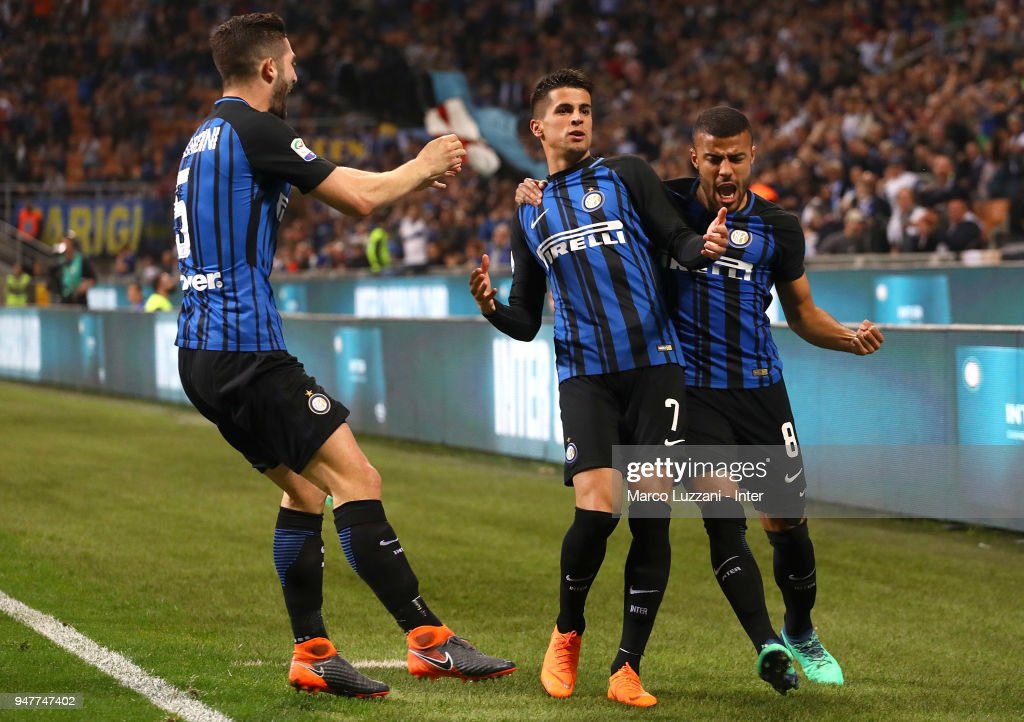 After last weeks draw against Atalanta Inter welcome fourteenth place Cagliari in a mid week match-up. Cagliari look move up in the league standings as they sit in the middle of the table in the league standings while Inter continue their hunt for that coveted automatic final Champions League spot as they currently sit fifth in the league table. The last time these two teams faced off against each other in the first half of the campaign Inter would go on and win that match 3-1. Inter have dominated in four of their last six matches against Cagliari. Things Inter need to keep an eye out for is that Cagliari are that they’re good at taking goal chances and they’re good at coming back from losing situations. They do however lack in keeping the ball away from the opposition and are usually caught offside often which Inter can exploit. Also they struggle to defend in their own half which Inter should have no problems in keeping the ball in their half. They also have a problem fouling in dangerous areas which Inter can use to their advantage. They also struggle finishing scoring chances. They are very weak at defending long shots as well. Cagliari’s playing style is aggressive and they like using one of Inter’s weaknesses the offside trap which Inter will need to be highly careful with. If Inter keep an eye out and focus on these things this match should be a easy win for them. In the first half Inter dominate them taking majority of the shots and owning the possession. They also get one goal in this half which comes from Cancelo. In the second half Inter keep up the pressure on Cagliari as they continued to dominate over them and there are goals from Icardi, Brozovic and Perisic. This match end with an Inter victory as they win the match 4-0.

This week Inter stick with the ho ho ho Christmas tree formation which is 3-4-2-1. However there are some player switches. On defense on left back is Miranda who has been a key starter since the start of the season. On center back is Milan Skriniar who looks to stay at the club at the end of the season and who has helped Inter greatly on defense on right back capping them off is Cancelo. On defensive mid is left wing back and getting his fourth start of the season Inter youngster Karamoh. In the center is the dynamic duo of Brozovic and Gagliardini which are great together especially when it’s just them in the 4-2-3-1 formation but still work well together nonetheless. On right wing back is Inter’s top defender D’Ambrosio. On attacking mid are left wing secondary goal scorer Perisic and on the right is Rafinha who is looking to stay at Inter for the long term. Up top is the Inter scoring beast Mauro Icardi who has over 100 Serie A goals. This is a solid lineup who is very capable of defeating Cagliari. However one to two players they need to keep an eye out for is one of Cagliari’s best players defender Andreolli he is good at cutting through a teams offense and on the offensive spectrum of things they need to keep an eye on is striker Cossu who is good at taking goal chances and will do anything he can to take them. If they can keep these players in check they’ll have no problems defeating them. 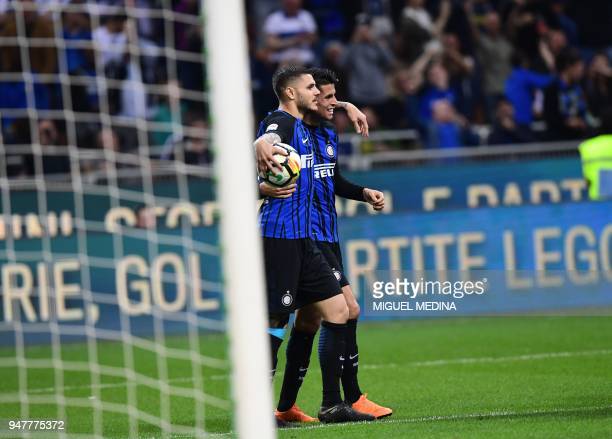 Cancelo and Icardi Celebrate Inter’s opening goal early in the first half.

Icardi adds yet another goal to the collection as he beats the keeper in the second half.

The three points for Inter were much needed as the hunt for the final Champions League spot continues but there are still a few matches left where anything can happen so there’s still a long way to go. This is how Inter need to be playing consistently dominating the ball and taking a ton of chances and capitalizing on some of them and defending their own half. Also shout out to Icardi who this season got twenty five goals in one season alongside Ronaldo in 97-98 and Zlatan in 08-09. Congratulations on this awesome accomplishment. Hopefully Inter can take this win and it’s momentum throughout the rest of this campaign to get that final CL spot. The man of the match goes to Brozovic who did a excellent job creating and taking scoring chances along with getting a goal of his own. But the whole team did a excellent job today and they need to keep up the hard work if they want to make the CL. Next week Inter travel to take on 16th place Cheivo. The last time they played each other at San Siro Inter would destroy them 5-0. This match should be a easy victory for Inter but in this sport anything can happen. All they need to do is take the win from today with them and use it to give themselves the momentum they need to win that match. Until next as always FORZA INTER.

Man Of The Match: Marcelo Brozović (3) 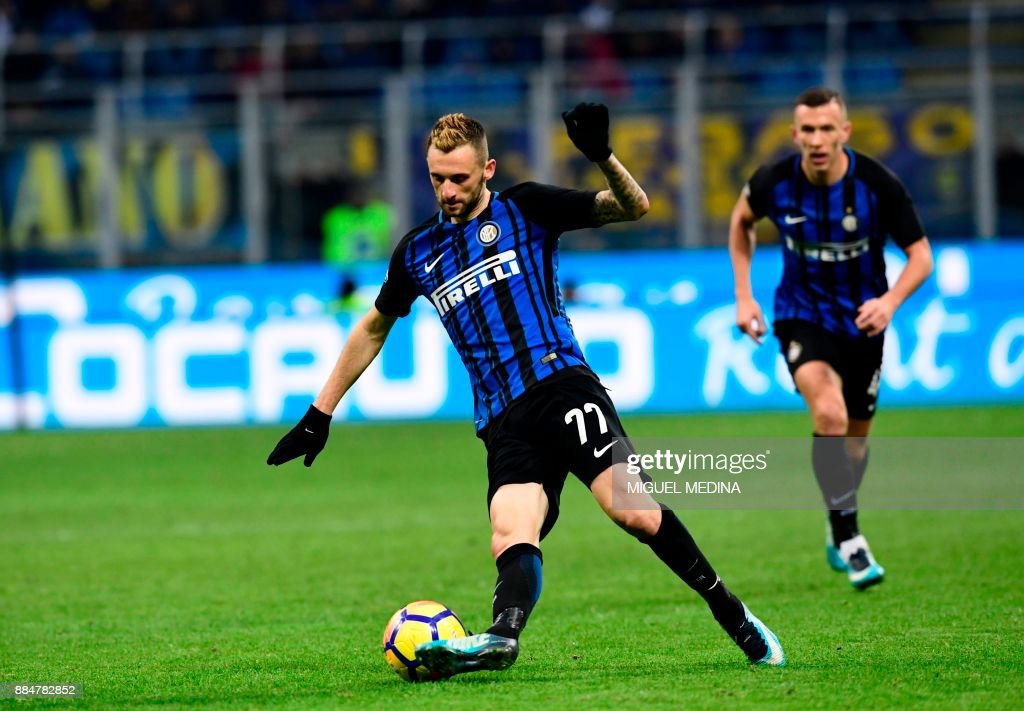