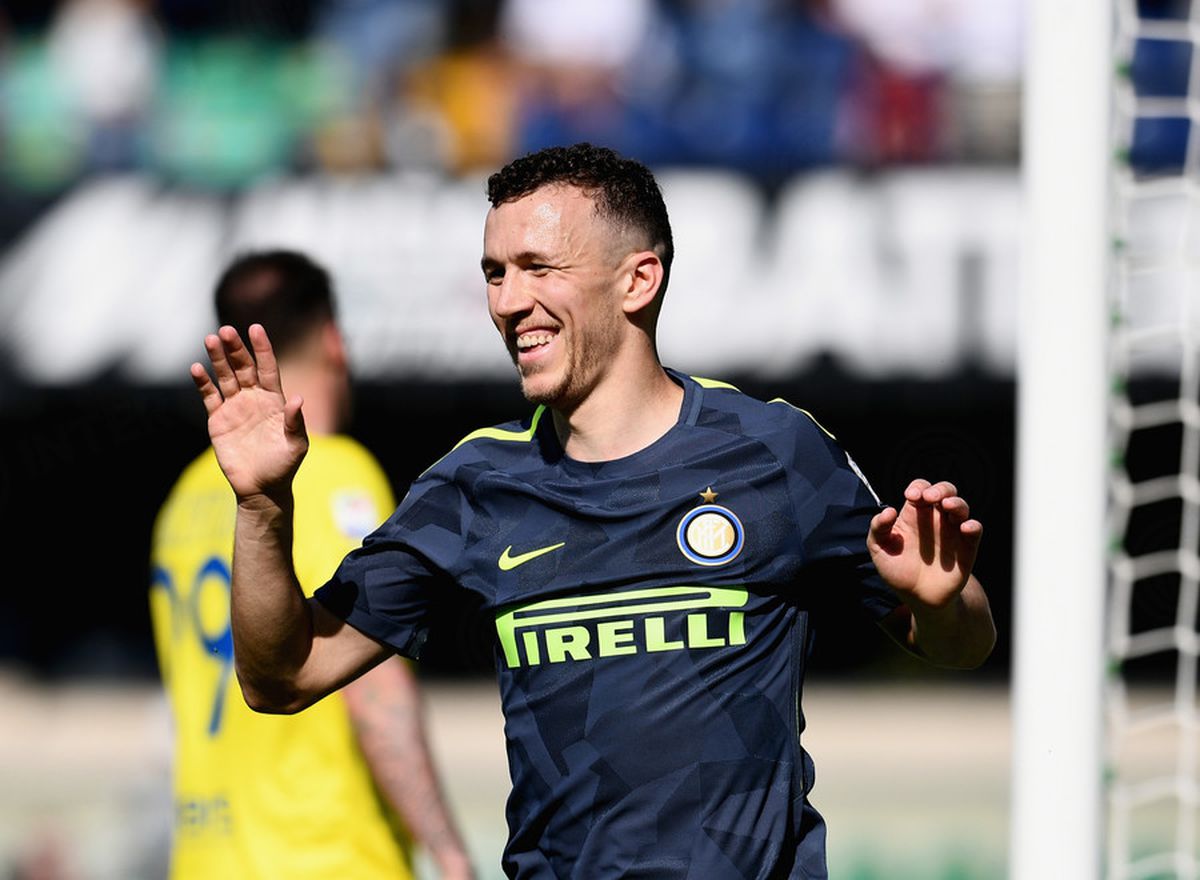 Last week after thrashing Cagliari Inter travel to Verona to take on 16th place Chievo. The last time these two sides squared off Inter would thrash them in the first half of the campaign with a score of 5-0. Inter look to do the same to them again with that final Champions League spot still up for grabs while Roma and Lazio leading the hunt. So at this point it’s anybody’s game. So all points matter now. Chievo however look to move up in the table to hopefully get a better position in the table. In their last six matches Inter have won 67% of the matches against Chievo. Inter have failed to score in their past three away matches. But they do however have clean sheets in seven out of their last eight matches. Their opponents Chievo have failed to win seventeen out of their last nineteen matches in Serie A. There really aren’t many strengths except being good at protecting the lead when they get one. But they do however have several weaknesses they can exploit. Just like Inter they do struggle with being caught offside often throughout the match which Inter can use to their advantage. They struggle to defend the ball against skillful players/teams and long has Inter keep the pressure on offense this will probably be a non issue. Chievo playing style is they attack with long balls and they play with the whole width of the pitch. They also attempt crosses often. On the defensive side of things they do well at defending the ball in their own half. This looks like a easy win for Inter but anything is possible. In the first half Inter would dominate in the possession aspect of the match but both sides would be evenly matched in way of goal scoring chances. Inter will really need to step up if they want those much needed three points. In the second half things heat up has Inter get two goals one from the captain Icardi and the other from Perisic. Despite Chievo getting a consolation goal Inter hold on for the 2-1 victory.

This week Inter go back to using the 4-2-3-1 formation after two weeks of using the 3-4-2-1 formation. On defense on left back is none other than top defender D’Ambrosio. In the center is Miranda and the best addition to the Inter defense since the start of the season Skriniar. On right back capping them off Cancelo. On the defensive mid you have one half of the dynamic duo Brozovic and replacing Gagliardini on the other half due to an injury in the last match Valero. On the attacking mid field on the left wing is secondary goal scorer and who is also tied for seventh in assist and eleventh in goal scoring Perisic. In the center is who has been a great addition to the club after being sent to Inter on loan from Barcelona Rafinha. On the right wing is Inter Milan youngster Karamoh who is getting his first start in quite sometime. Up top is none other than the Inter scoring beast Icardi who leads second in overall goals this season with Lazio Immobile having two more goals than Icardi. This is a very solid lineup which can easily beat Chievo however players they need to keep an eye out for is defender Radovanovic and on the attacking side Inglese who is good at taking scoring chances. But overall this should be a easy win for Inter but as stated earlier anything can happen especially as the season winds down. 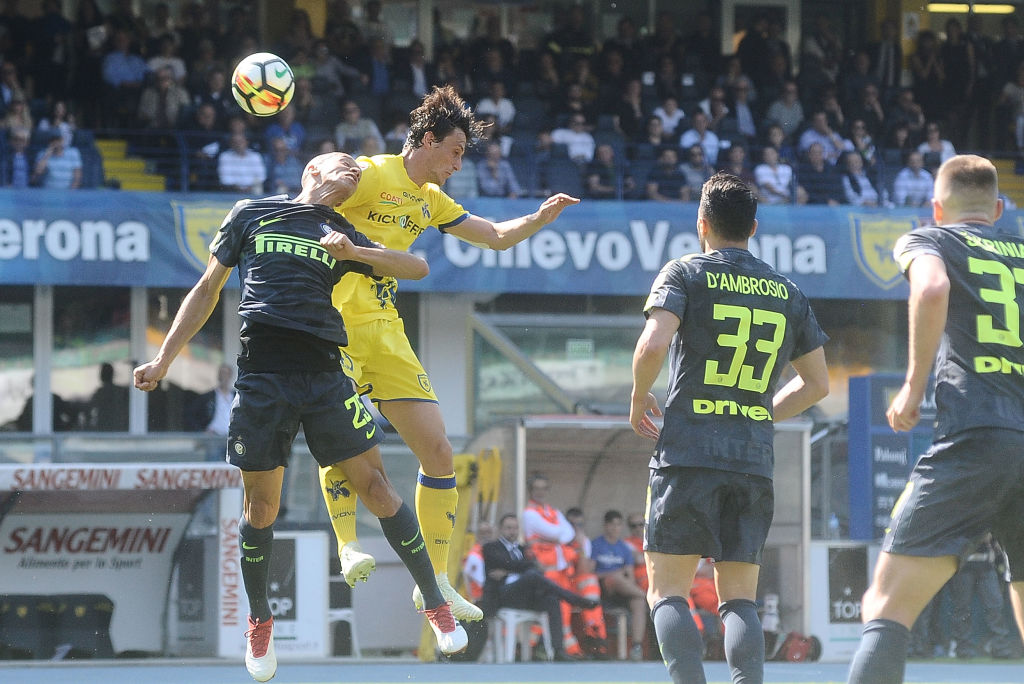 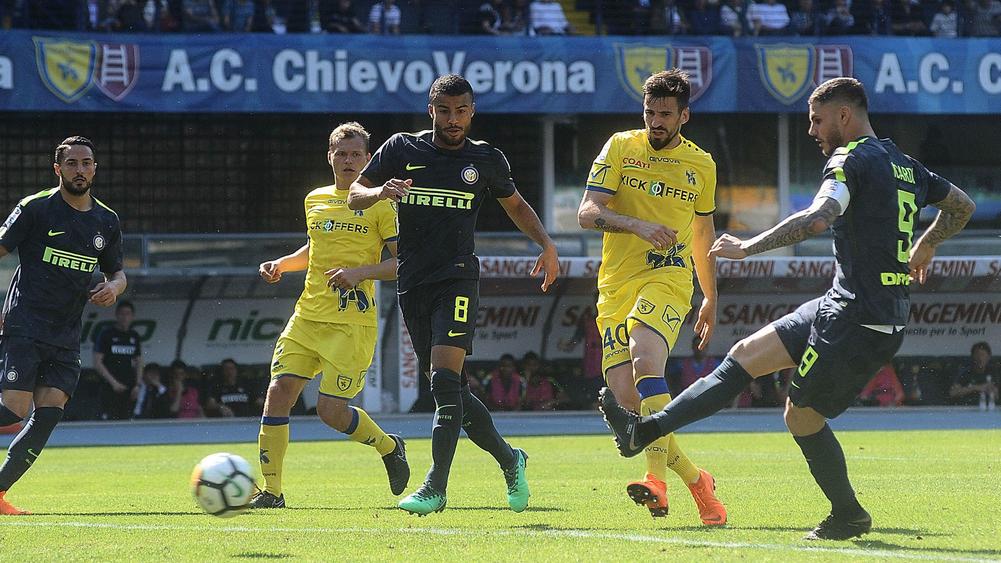 This was a much need win for Inter despite it not being a major blow out. Right now all points matter but even though Inter won today due to a Roma and Lazio win in their respective matches Inter find themselves in fifth position which is good for a Europe spot which is better than anything. Inter have a tough few matches ahead Udinese, Sassuolo, Juventus, and Lazio to play this season. There are a possible eight out of twelve points in my opinion in these next four matches. Things that Inter still need to work on is not being caught offside which is costing them valuable chances. Also they need to continue improving on shutting down their opponents offense and also finishing scoring chances. The man of the match goes to Rafinha who was consistant the whole match and did a great job taking chances and helping on assist where the chance arrived. Hopefully he gets signed on for the long term because he’s been a great asset to the team and it would suck to see him go after just half a season. This comes in wake of him saying him wanting to be a on the squad for the foreseeable future. Next week Inter face a real chance has they take on table leaders Juventus at home the last time they faced off they held each other to a draw. The best Inter can hope for is another draw with them but the three points would be nice has the hunt for the final Champions League spot hanging in the balance. But no matter what as always FORZA INTER.