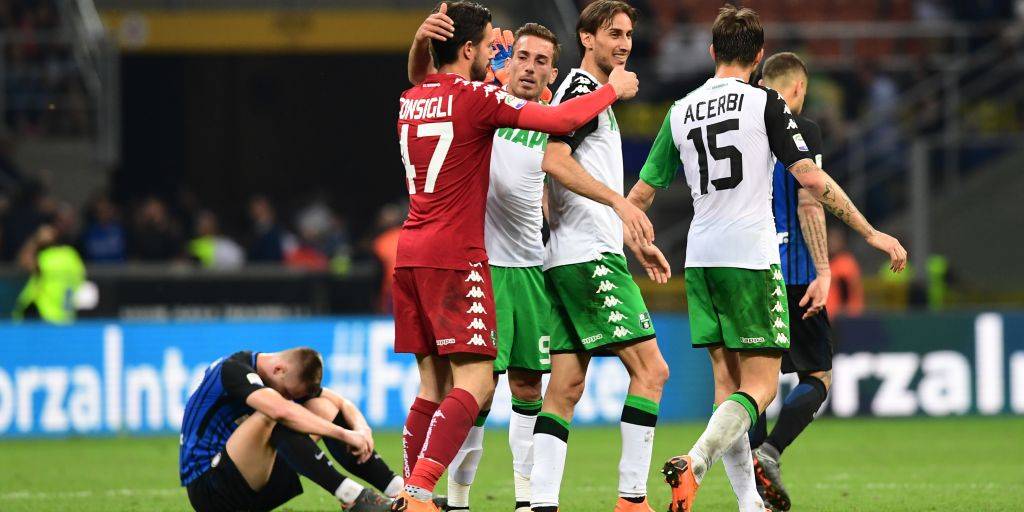 After coming off of a crucial win against Udinese last week Inter welcome 12th place Sassuolo in their final home match of the season. In the first half of the season Sassuolo gave Inter their second loss of the season. Inter hope to make sure that doesn’t happen again as the hunt for the final CL spot is still for the taking as Inter sit one point behind Lazio for that position. But one thing is certain is that Inter are secured in a Europe spot as they sit nine points above their derby rivals Milan who last season overtook Inter by a point to sneak into that spot. Sassuolo however look to at least take over the eleventh spot as they sit one point behind Genoa after secured safety last week. So they at least are looking to finish in a better position. Despite being a middle table team Sassuolo are a team you don’t want to fall asleep on as in Inter’s past six matches with Sassuolo they have won five of those six matches. Sassuolo are undefeated in nine of their last ten matches. Also they have won in both half and full time in five of their last seven matches against Inter. Though Sassuolo don’t have many key strenghths they do however have a few that Inter need to keep an eye on. Sassuolo are great at taking scoring chances but they do however struggle to finish those chances. Also if Sassuolo get the lead they do a phenomonal job at defending that lead which can be costly so Inter need to make sure they don’t get any sort of momentum going. Sassuolo do have a hard time maintaining posssession of the ball which Inter can use to their advantage as they play possession style football and do a great job at keeping the ball in the opponents half of the pitch. But Inter still need to work not being caught offside which has been costly in way of scoring chances. Also Inter will need to protect all areas of the pitch as Sassuolo favor using the whole pitch to their advantage. They also attempt crosses a lot along with using through balls as well. Defensively they play aggressive and teams play aggressively towards them as well. If Inter focus on these things they can win this match. In the first half both sides opened up multiple scoring chances and both teams did a great job defending. Despite Inter dominating the half Sassuolo would strike first to cause madness as they took the lead. Sassuolo going into the second half go with a 1-0 lead over Inter. In the second half both sides continue opening chances Sassuolo midway through the second half get another goal putting them up 2-0 to make things worse. Despite Inter getting a consolation goal the damage was already done and Inter lose this one 2-1. With this their CL spot hopes have been slashed as they gift Roma qualification to the champions league.

This week Inter stick with the 4-2-3-1 formation but there are a few player switches and position switches to mention. In goal is none other than now tied for first in clean sheets Handanovic. On defense on left back replacing Dalbert is top defender D’Ambrosio. In the middle is Rannochia who is getting his second start ever since the start of the season in a row. That is followed by a player who has been a crucial part of this teams defense that is Skriniar who Inter should give a contract extension to at the summer transfer window. Capping them off on right back is Cancelo. On defensive mid is the dynamic duo of Brozovic and Vecino. Brozovic has done a great job recently in helping with defending and creating scoring chances and assisting where posssible along with Vecino. On attacking mid on the left wing is Perisic who is tied for tenth in assist in Serie A competition. In the center is Barcelona loanee Rafinha who is still possibley hoping to get signed by Inter for the long term as he’s shown great interest in staying at the club earlier in the season. Capping of on the right wing is Candreva who also shares the tie for tenth in assist with fellow teammate Persic. Up top the Inter scoring beast Icardi who leads second in goals this season with 28 goals. This is a solid lineup but as mentioned earlier Sassuolo are a team you don’t want to fall asleep on especially players such as Duncan, Missiroli, and Beradi who are good at taking scoring chances and will put the pressure on Inter. Defensively they need to keep their eyes on Acerbi who is good at cutting through teams offenses like butter. If they keep these players in check they can possibly win this match which is crucial as the final CL spot is still up for grabs.

With this result Inter can kiss the CL bye bye as the Romans clinch their Champions League place with the loss. This is a crushing result as many fans could taste that spot only to have it fall through the cracks. But at least Inter are getting into Europe next season which is better than nothing. This match was split Inter dominated the posession while Sassuolo despite three fewer shots pretty much controlled that portion. Defensively Inter had a hard time defending Sassuolo’s advances especially covering their main score chance taker in this match Berardi. Also they struggled to create and finish scoring chances. As usual they also struggled with being caught offside which in turn ruins potential scoring chances. This continues to be one area they need to severely work on along with finishing scoring chances. But the positive is a chance at Europe next season can Inter be a threat the answer is possibly but this is a far cry from last year where Inter even failed to qualify for that and see their derby rivals in it instead of them. So this is a major plus on that front. The man of the match goes to Rafinha who scored the only goal for Inter today and who did a great job creating most of Inter’s scoring chances and did a great job assisting where needed. Next week Inter travel to Rome to take on forth place Lazio in their final match of the season. The last time these two teams faced off Lazio would hold Inter to a draw. The best Inter can hope for is another draw but a final win of the season would be even better to at least end the campaign on a high note. Who knows what will happen in this highly anticipated final match. Until next time as always FORZA INTER. 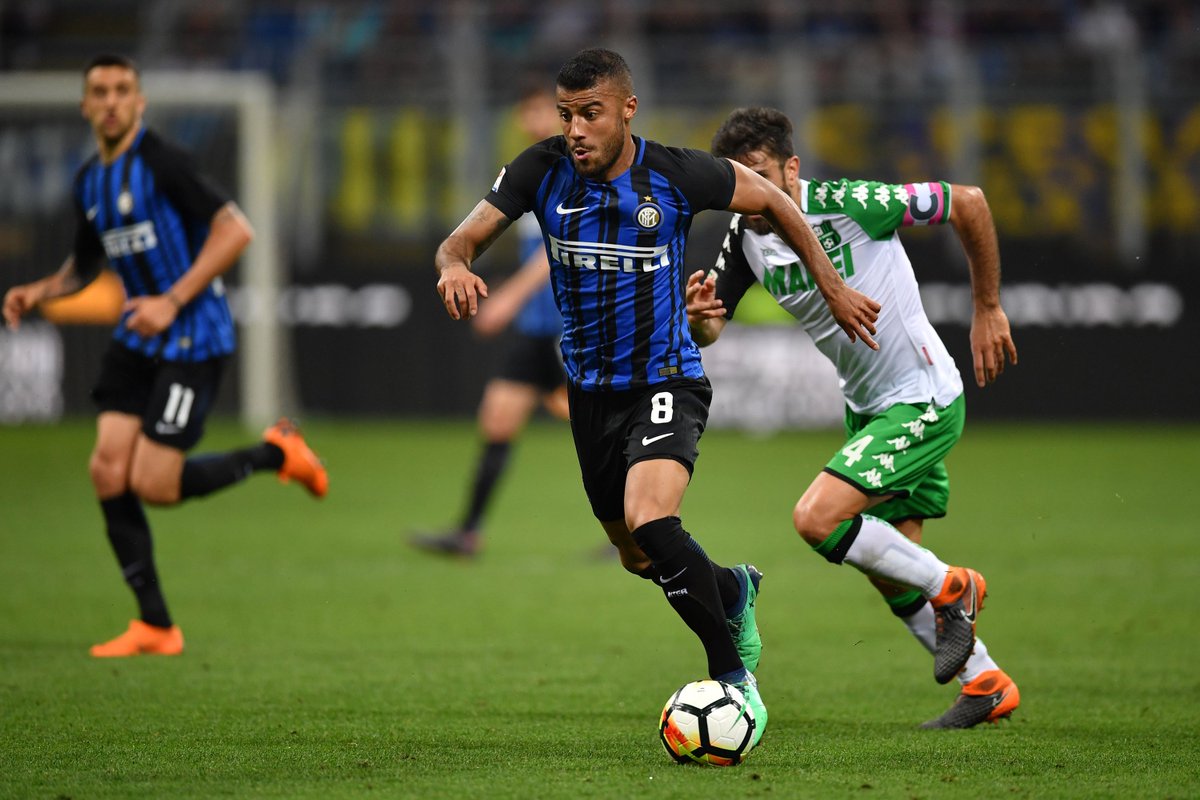