After a jam packed Inter season it’s time for transfers. Even though it’s not the transfer window yet there are many players who’s contract ended at the end of the campaign. Walter Sabatini former Lazio and Roma sporting director who signed the like of Radja Nainggolan and Kevin Strootman who have become great additions to Roma and have been a crucial part of their team in various ways and in Radja’s case he went on to become one of the best midfielders in the world. Sabatini signed on as Inter’s sporting director after being hired by the owner the Suning Group last year in May. He helped bring in the likes of defender Milan Skriniar who has become a crucial piece to Inter’s defense he also helped bring in two loanee defender Cancelo from Valencia who improved this season after struggling in the beginning of the campaign with getting possession of the ball and keeping the pressure on the opposition he got progressively better and can be a real threat in the future if Inter sign him from Valencia. Also he brought in midfielder Rafinha from Barcelona who helped Inter take chances and score goals and assist where it was needed and as Rafinha would get more playing time at Inter than at Barcelona sparked interest of him wanting to become a signed squad member of Inter and stay there for the long term. But before Sabatini would resign as director in March he was in talks with Lazio defender Stefan De Vrij as his contract at Lazio was coming to a close and he was trying to sway him to join Inter instead of going to another club or staying at Lazio. But after Sabatini resigned there was little to no talk on the continued pursuing of Stefan De Vrij until late April when The Suning Group would kick the talks up again and the rumors and speculation would kick off once again. After weeks and weeks of talks, rumors and speculation at the end of the season the Suning Group would ink a five year deal with the 26 year old Dutch defender on a free transfer after De Vrij contract ended at Lazio and the price they’re paying him is undisclosed. 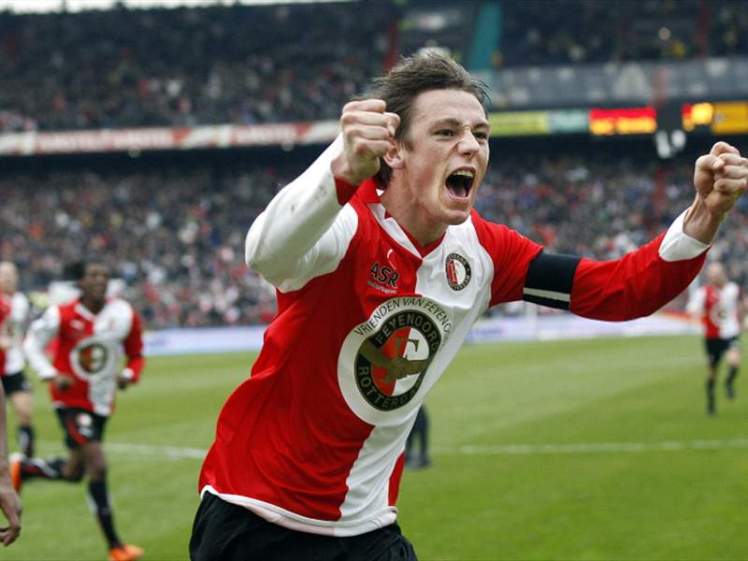 In his youth after playing for a local VV Spirit after being scouted during various training sessions he was asked to join Feyenoord’s youth squad. It was here where they moved him from the midfield to defender. It was in this position where he flourished and developed rapidly. He was one of the few players after being on the U15 to skip the U16 to join the U17 right away. In July 2009 he signed a professional contract for the club until 2012. He debuted as a substitute in September 2009 against Harkemase. A few months later he made his home debut against Groningen in the final minute of the match. At the young age of 18 he made 21 appearances seventeen which were in the league. In 2012 he became captain for the club but after a poor run of form he was striped of the armband. He proved to be a vital player and was becoming of the leagues bests a big move was on the horizon After 8 years in Holland making 157 appearances and scoring 7 goals for Feyenoord. In July 2014 he signed a contract for Lazio he was happy with the move as Lazio proved they wanted him on the team and was in hopes of becoming a better player going forward. He debuted in August where he played in the third round of the Copa Italia against Serie C team Bassano where they won 7-0 in that match he scored the third goal of the match. In his first Serie A match against Milan they would lose 3-1. In the 2015 Coppa Italia final he was brought in at half time in a 2-1 defeat to Juventus. In 2015 he played his first full match but the match would end in a 2-0 defeat at the hands of Juventus. But he ended up getting injured on international break. He got surgery after the injury not healing properly and he missed six months because of it. He would return in 2016 after going through recovery and rehab and training. He scored his first goal for Lazio in September 2016 in a 1-1 draw against Cheivo. Before he left Lazio he made 95 appearances and scored 8 goals for Lazio. He also was Coppa Italia runner up in 2014-15 and 2016-17. He also won Supercoppa Italiana honors in 2017. But before leaving Lazio after sporting director said De Vrij would not be staying with the club he would leave in a stunning fashion. In the Champions League deciding match against Inter he would help his future club Inter win by fouling Icardi and allowing him to get a penalty kick and in Icardi fashion he converted he penalty to help even things up and in stoppage time they would get the game winning goal and the Champions League spot after a goal from Vecino. Basically he was telling Lazio goodbye and screw you I want Champions League football next season and I’m going to do what is needed to get it. 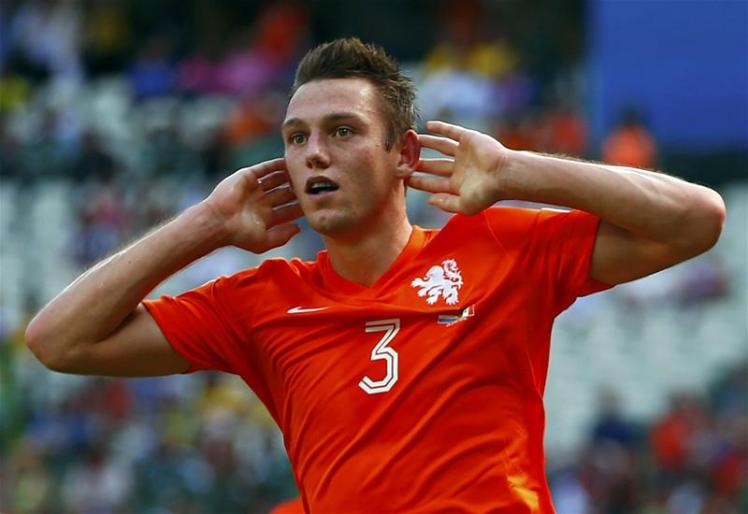 With that after weeks of rumors on May 28th he would pen a deal with Inter for five years and the amount they’re going to pay him is unknown since it was a free transfer.
With De Vrij on the squad will help Inter’s defense immensely as it’s rumored that Miranda and Dalbert might be leaving the club. De Vrij has a great ability to get the ball away from the opponents and would do a great job in helping Inter against stronger teams which Inter struggle to get the ball away from. He would also benefit in helping shut down the opposing teams offense along with keeping the ball in the oppositions half. Also he is great at taking scoring chances and assisting where needed. What does this mean for Inter? It means they’re getting a quality defender who great at defending the ball but is also versatile and can be used mostly on the defense but in Inter’s 4-2-3-1 formation he can be used in the defensive mid as well. But if I were to play him in my opinion I’d play him as a right center back to replace Miranda if he gets transferred or if he does stay he is a great replacement if he gets injured. Overall this is a great signing and fans everywhere look forward to what he can do for the team. With that being said welcome to Inter Stefan De Vrij.