With the transfer window opening in two days there have been a few beforehand transfers that have been going on in the football world. Inter have signed defender Steffan De Vrij from Lazio and Martinez from Racing. The Suning group have been hard at work on trying to add some sort of depth to the Inter squad which the depth as been severely lacking in ways of defense and midefield. Because Roma, Juventus, Napoli have more squad depth which makes them a real threat in not just league play but in competitions as well. Which is one of the reasons in my opinion Inter will struggle in the Champions League. The Suning group as been looking for various positions they have been mostly getting midfielders but several defensive players as well. Especially the good news is that Milan Skriniar has signed a contract extension for the club. This is huge news as he was a crucial part to the squad over the past season and did a excellent job protecting their half and did a great job trying to get the ball away from the opposition. With this come weeks of talk as Inter been in talks with Roma over midfielder Radja Naninggolan who has been a vital piece of Roma’s midfielder over the past few seasons. They have been in back and forth talks over price and possible player swaps as they try to come to an agreement. So over the past few weeks it’s been busy as talks of fees and rumored player trades have been happening. But as of the last week it became clear that Inter would pay 24million Euros along with giving Roma Santon and Inter youngster Zanilo. On June 26th the deal went through after Radja completed and passed his medical. With the money Roma used it to purchase PSG midfielder Javier Pastore which is a great signing for their club. 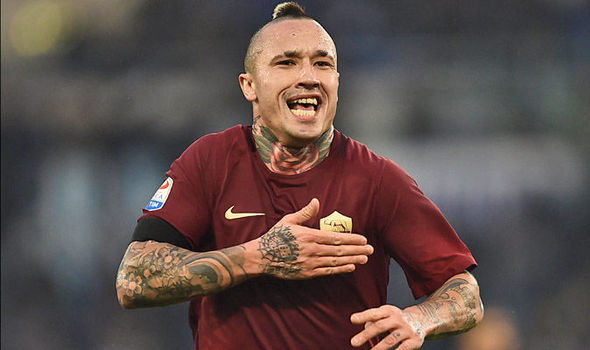 After being transferred to Cagliari on loan with an option to buy from Piacenza in January of 2010 he debuted in February playing only seven minutes in a 3-0 loss to Inter Milan. After seven matches Cagliari announced that they got 50% ownership in a deal with Piacenza. In the first half of the 2010-11 season under manager Pierpaolo the Belgian star would start due to the injury of Daniele Conti where in October he would score his first goal for the club in a 2-0 win over Bologna. In 2011 in January it was stated that Cagliari got full ownership of Radja. After being a crucial starter for the club he agreed to stay at the club until 2016. In 2014 Radja was sent on loan to Roma until the end of the season for a fee of 3mill euros with an option to buy 50% of his rights in the summer for 6mill euros. He made his debut for the Romans on January ninth of 2014 in a 1-0 win over Sampdoria for a spot in the quarterfinals in the same competition they disposed of Juventus by playing a full 90 minutes twelve days later. On February 22nd 2014 Radja scored his first goal for Roma clinching the only goal in a 1-0 win over Bolonga. In April in the same fashion Radja would get the 1-0 win over Fiorentina to secure a spot in the Champions League. In the offseason in 2015 Radja signed a permanent deal with Roma for 9mill but a year later he signed a contract extension until 2020. Between 2014-18 he had 201 apps and a total of 28 goals at Roma. Last season Radja had 6 goals and 9 assist and helped Roma qualify for the Champions League and secure third place. On June 26th after weeks of speculation and negotiation talks Inter would complete the Radja deal for 38mill until 2022. 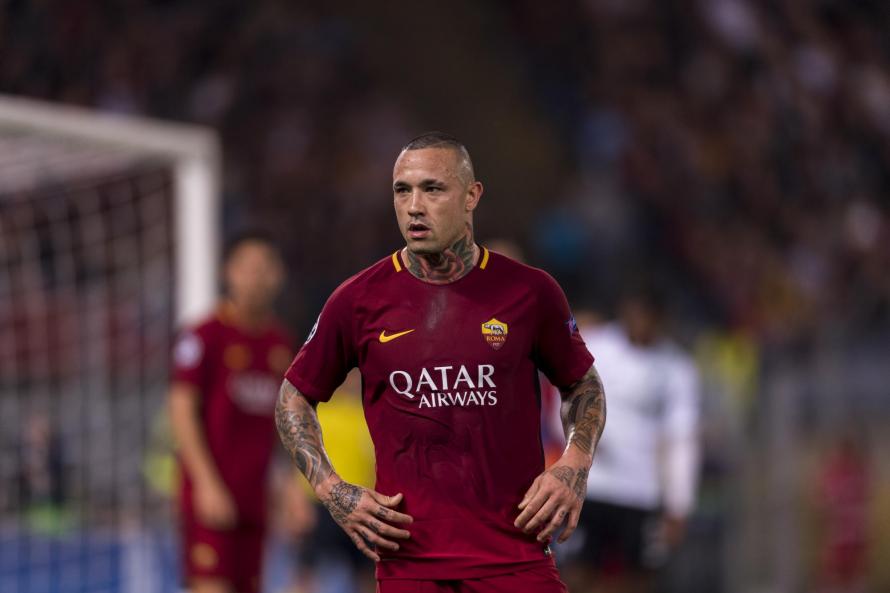 Due to his versatility Radja can be used in a huge variety of positions like both offensively and defensively which would make him a great addition to wherever he’s placed. He posses speed and agility along with great ball control which makes him a threat in the midfield also he plays very aggressive which means he will not back down from a challenge. He has a high level of creativity and being able to see ways of creating multiple chances from different areas on the pitch. He is considered a play maker in this sense in front of the defense. Due to his energy, talent and various other abilities they most likely will use him in a offensive role. But if they do use him in a defensive way as he is able to chase down the ball and press the opposition off the ball. Also he is great at tackling the ball as well. While at Roma Spaletti who he’ll be reunited with at Inter will more than likely use him as a attacking mid or additional striker depending on where he’ll be needed during the match. Personality wise he is known as a bad boy but he is very hard working and dedicated to the team he plays for and will do what it takes to get the job done. In my opinion I think he will do well as a center mid as Inter lost the possibility of getting Rafinha unless Inter some how sell two players just to get him but if that doesn’t happen he would be a great addition in that area. But no matter where he’s placed he’ll do a great job as mentioned because of his versatility and determination. That and he has great creativity which will go a long way. This is a great signing for Inter and with that being said welcome to Inter Radja.