After yet another sensational signing of Roma star Radja Nainggolan the Suning group continue to be hard at work in bringing talent in over this transfer window. This transfer window has been very busy with also bringing in the likes of Lauturo Martinez and defender Stefan DeVrij. With continued rumors of Perisic and Icardi leaving it is imperative that they find players to fill that void. They did a great job of bringing in De Vrij after losing Zaniolo and Santon  in the Nainggolan deal to Roma also losing the possibility of signing Cancelo who signed for Juvnetus due to financial fair play issues. If they could’ve signed him it would’ve been a huge signing as throughout his season long loan to Inter he progressively got better as a player and became a threat to Inter’s opponents midway through the season. But stuff happens as they say. Inter as of the past week or longer have been in talks with Sassuolo’s right winger Matteo Politano being brought in on a potential season long loan with the intention of signing for Inter past this season. This is a good move as Inter continue to look at getting more squad depth. Which as mentioned in a previous article one of Inter’s weaknesses and a place they need to get ahold of. At the end of June Inter sign Sassuolo right winger Matteo Politano to a season long deal worth 5mill euros with a option to buy at the end of the season for a estimated 20mill which Inter are highly likly to activate once thew season ends. With Roma and Juve strengthening this was a cheap but good deal.

Matteo was a product of the Roma youth academy. In the under 17 division he won the 2010 Allevi along with many other titles such as the Coppa Italia Primavera and the Campionato Primavera. In the 2012 season he had a total of seven goals which made him the sixth highest scorer. Despite success he struggled to get into a strong Roma team. In july 2012 Matteo was loaned out to the club Perugia. He made his Coppa Italia debut and was made a forward in the Lega Pro Prima Division scoring three goals in the first five matches of that season. On June 30th 2013 Politano signed a 500,000 euro contract for the Serie B club Pescara and Piscitella was also involved in the deal. In the 2013/14 season he had a total of 31apps and six goals and Pescara finished 15th the next season he had 41apps and 5 goals and the team moved up to seventh in the table. In 2015 Matteo signed for Sassuolo on a loan deal with a option to buy and in 2016 Sassulo signed him to a full contract. In that time he had a total of 98apps and 20 goals for the club between the 2015-2018 seasons where Sassulo finished between 6th in the 15/16 season. In the past two seasons they finished in 12th and 11th place. On June 30th 2018 Matteo signed a 5mill euro loan deal from Sassuolo with a option to buy at the end of the season for 20mill euros.

Overall this is a huge move for Inter as Matteo would be great as a backup right winger if Candreva gets hurt or gets transferred at some point. He would help provide more squad depth as Icardi is who is a great player has not many good player pieces around him. Hopefully with Matteo stepping on the scene it’ll help the squad depth issue. Matteo is quick and agile which helps move and get away the ball from opponents. Which will help in way of creating scoring chances and getting the ball to teammates for assist. He is good at creating chances of his own and getting the ball to the goal. He is really good at creating chances inside the box in close quarters. Matteo is also good at reading the pitch and getting the ball where it needs to go. Wheather he plays as a starter or a sub he’ll do great because of his passing abilities with being able to create scoring chances. Welcome to Inter Matteo. 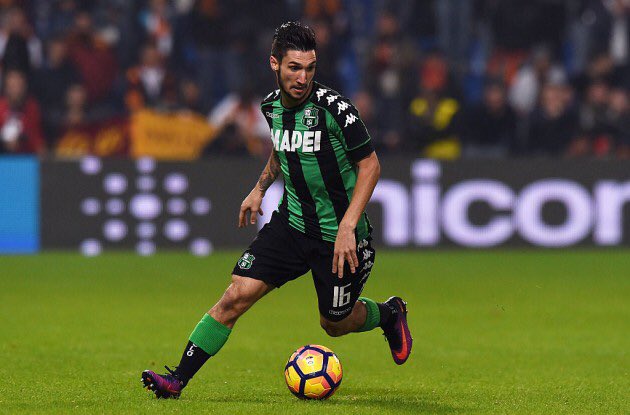