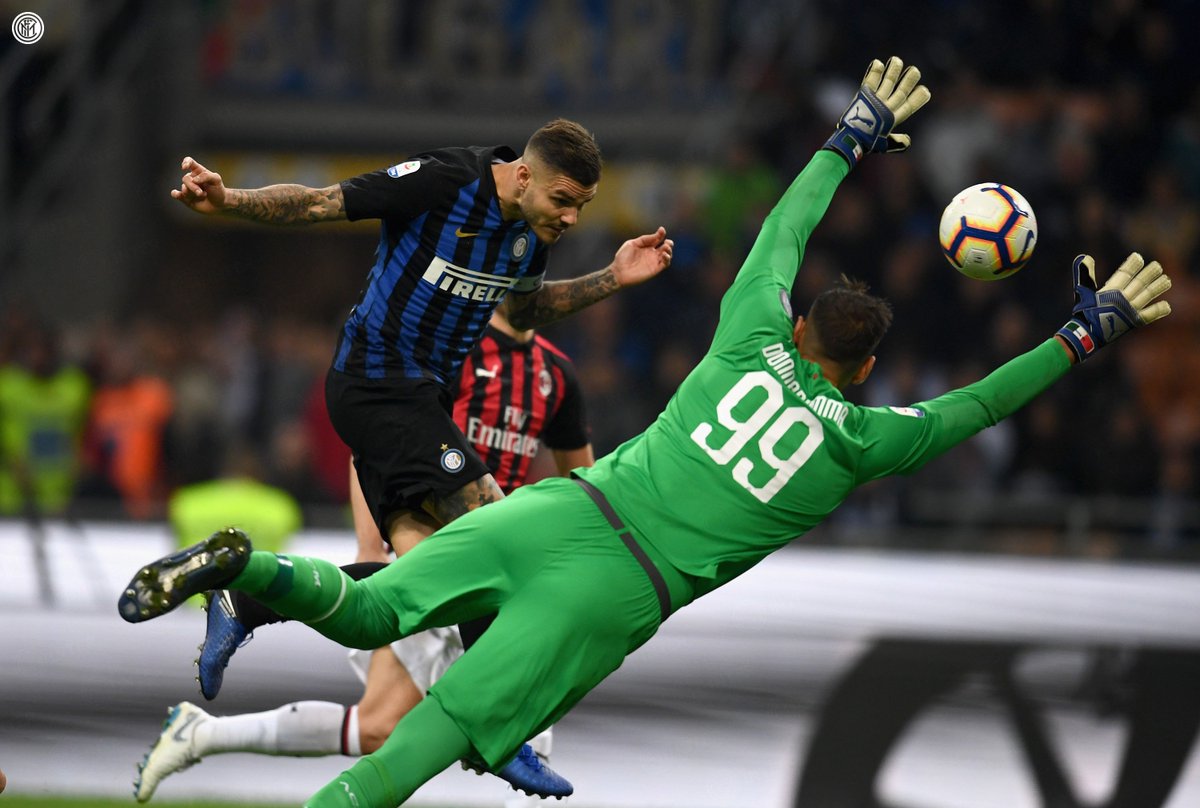 After another international break football action returns as Inter take on their derby rivals Milan in another installment of the Derby Della Mandonina. This rivalry as been going on for almost 110 years. Inter are coming off a win against SPAL while Milan are coming off a win of their own against Cheivo. This is one of the top four historic rivalries in Serie A. This match for one of these sides will be a massive turning point with a Milan win it’ll push them up to a top five spots which puts them near a Champions League spot while a Inter win will keep them in third in close stride to Napoli. So this match is a major turning point. Both sides have their goal and what they want to achieve and both of them will do what is needed to get the job done. Inter have their work cut out for them as Milan are the more victorious side out of the two Milan teams and Inter want to shut them up because winning a derby means everything in football. Inter have a few things that they need to keep an eye out for while they face Milan. First they need to isolate their offense as they are known for creating scoring chances and moving the ball with fluidity and even using different players abilities to create those chances. Defensive wise they can cut through a teams offense like butter if they catch you falling asleep. However Inter like playing the offside trap which is one thing that Milan are struggling with so they can use that to their advantage. This is going to be a good match and let the war begin. In the first half both sides would create tons of chances and defended the ball well. Though Inter were the stronger side in this opening half. The first half ended in a 0-0 draw. In the second half both sides continued the pressure on each other despite Inter being the better side. When it seemed if the match would end in a draw Icardi scored a header in the final minutes after a Donnuruma error  giving Inter the victory over as Inter maintain a top 3 spot in the league. 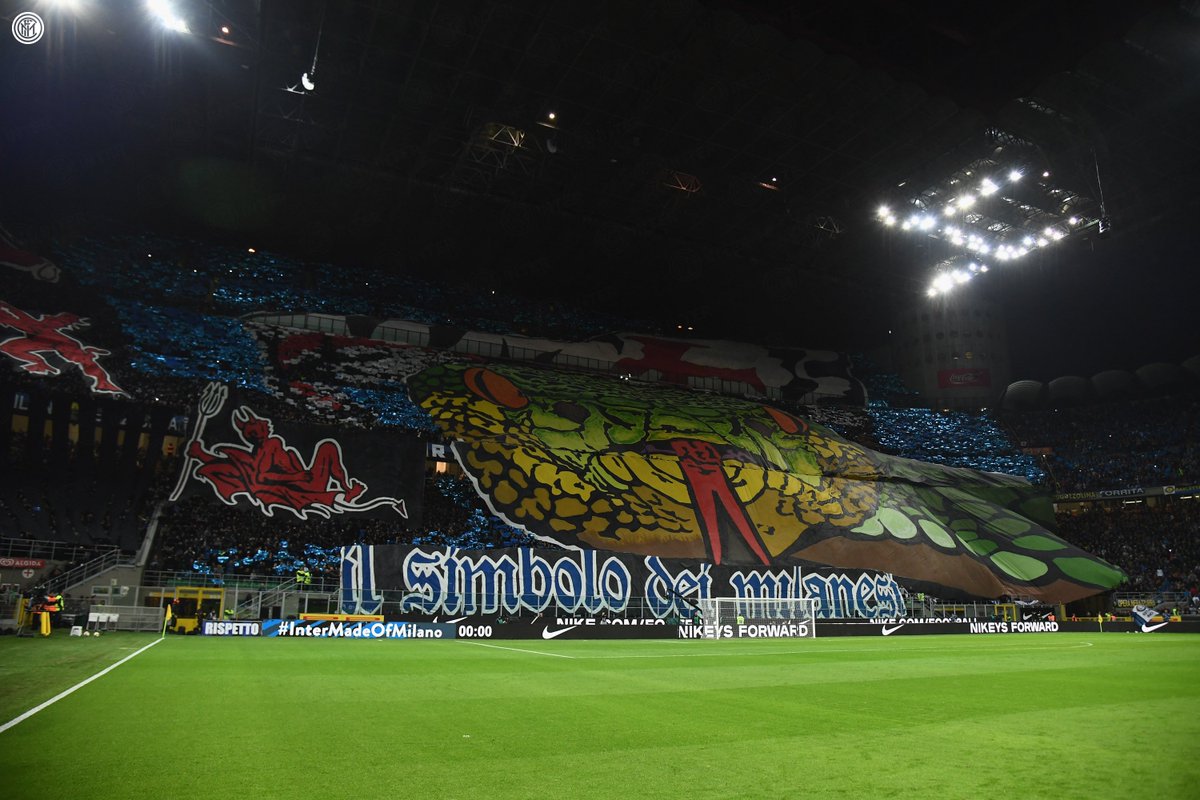 This week Inter stick with the 4-2-3-1 formation which as been a staple ever since last season. In goal is none other than Handanovic. On defense on left back is former Juventus player Asomah who as provided Inter’s defense some much needed leadership as they have been more consistant in their performance ever since he became a key starter. In the middle the pairing of Skriniar and Devrij who have helped Inter’s defense. Capping them off is right back getting his first start in quite awhile is Vrsaljiko it is unsure of where they’ll best utilze him as he hasn’t got much start time. On defensive mid is the dynamic duo of epic Brozovic and Vecino. On the attacking spectrum on the left wing is secondary goal scorer Perisic. In the center is the ninja who as helped Inter’s midfield Radja giving them more depth. Capping them off is on the right wing is Politano who as really stepped up on the offense as of late creating chances and helping with assist. Up top the Inter scoring beast Icardi who is slowly getting back into the swing of things finding the back of the net as he started off slow this season. This is a solid lineup but they need to be careful of Higuain and Suso who are a threat on their offense who can cause Inter problems if they don’t isolate them. 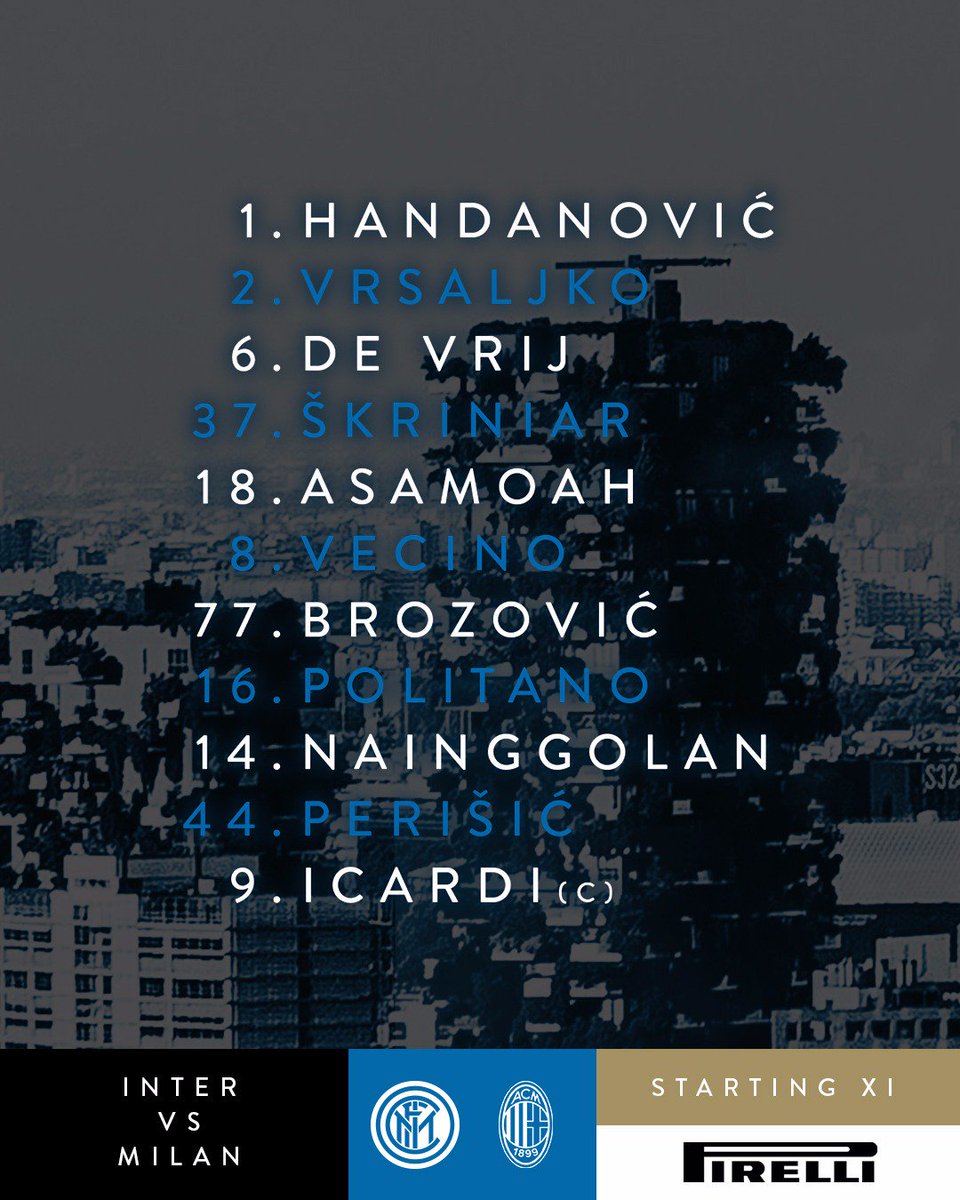 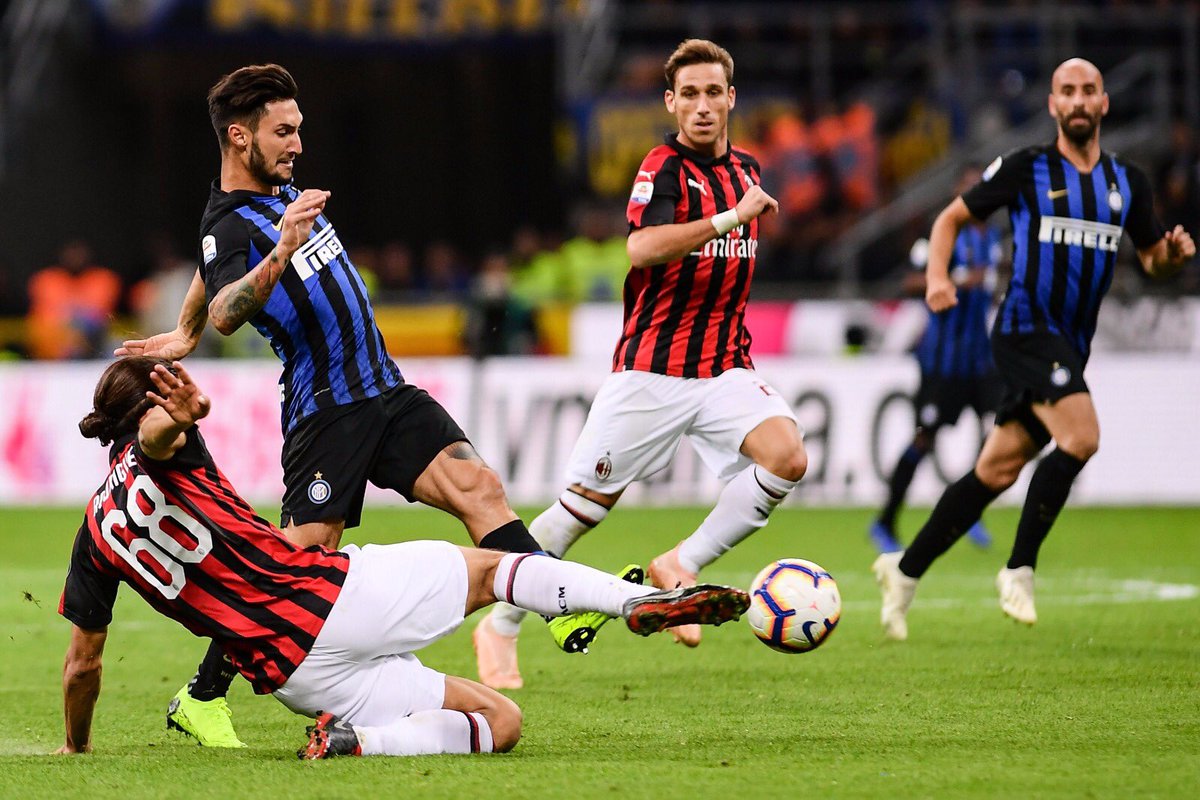 After the break the match resumes with both sides looking for those crucial three points as this is a potential piviotal match. Inter going into the half are the stronger side but Milan can easily turn this around with hard work and fight. Unlike the first half Inter get the first chance of the half as Perisic takes a shot from outside the box is blocked. A few minutes later Vecino from a tough angle on the right of the box is gets blocked as well. Seconds later Valero misses a shot from right of the box as the ball goes to the right. Higuain gets the first chance for Milan in this half with a left footed shot from the left of the box gets blocked. Inter have stepped up creating chances. Shortly after a connecting cross from Perisic Politano lands a right footed shot from the right of the box but the attempt goes to the left. This match has definitely picked up in pace and intensity it seems at any moment one of these sides can change the dynamic of this match by getting their side a goal. Bonaventura near the sixty minute mark misses a header from the center of the box after a cross from Calabria. Minutes later Vecino with a cross from Politano after a corner takes a header from a close area inside the box goes over the crossbar. Bonaventura from outside the box takes a shot which gets blocked. Perisic with twenty five minutes left in play misses a left footed shot from outside the box. Near the seventy minute mark Hakan misses a shot of his own from a long range on the left. In the seventieth minute Inter make their second subbing as Keita replaces Perisic. Politano with twenty minutes to go gets a left footed shot blocked. With ten minutes left Suso takes a left footed shot from the center of the box is saved in the lower right corner a minute later Icardi from the same position takes a header and his shot is saved in the center of the goal. Two minutes later Candreva comes on for Politano. When this match looked like it was heading to a draw Inter pull out a miricle  in stoppage time Milan goal keeper Gigi Donnarumma misused his space give Inter a allmost open goal. Icardi takes a wicked header from the center of the ball as the ball coast into the back center of the goal securing the win for the home side as Inter remain in third place. 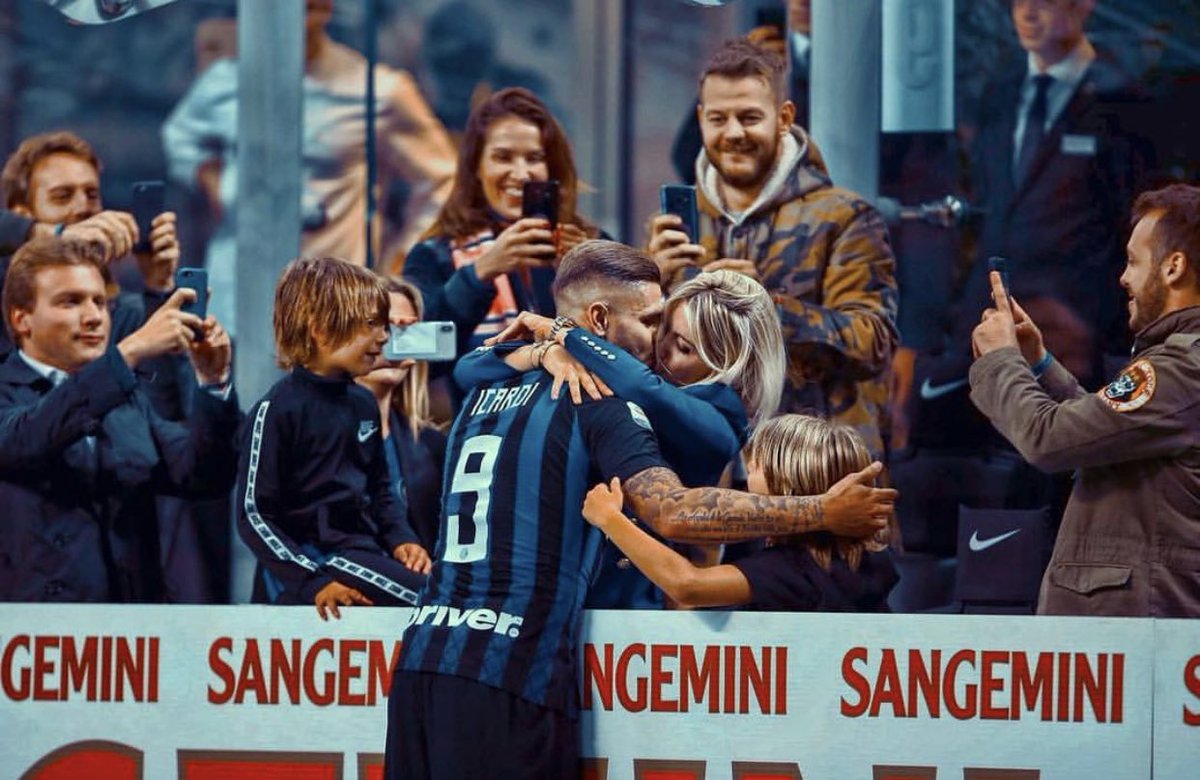 This was a massive win for Inter as this match was one of their first challenge matches of the season. Inter did a great job controlling the ball and creating chances and fighting until the final minutes when they pulled off that last minute miracle as this match could’ve easily ended in a draw. But Inter showed fight and determination and they pulled off getting those critical three points. In my opinion this season Inter have improved in certain areas since the start of the season and previous one such as being fearless in the attack and not being afraid to take chances. However the still need to work on following through with them and capitalizing on them as well. Defensive wise they have been more consistent unlike recent seasons where they had hit and miss performances. Also in my opinion they are working more cohesively as a team and showing more teamwork. The man of the match goes to Vecino as he did a great job controlling the ball and creating chances and assist. Next match Inter face off against Barcelona in the champions league before.Inter travel to Rome to take on Lazio the last time they faced each other Inter won 3-2 giving Inter the final spot in the Champions League. Lazio won’t go down easily and this match will be another challenge for Inter but if they continue to work hard they can possibly get a draw. As always until the next one FORZA INTER.

Man Of the Match: Matteo Vecino 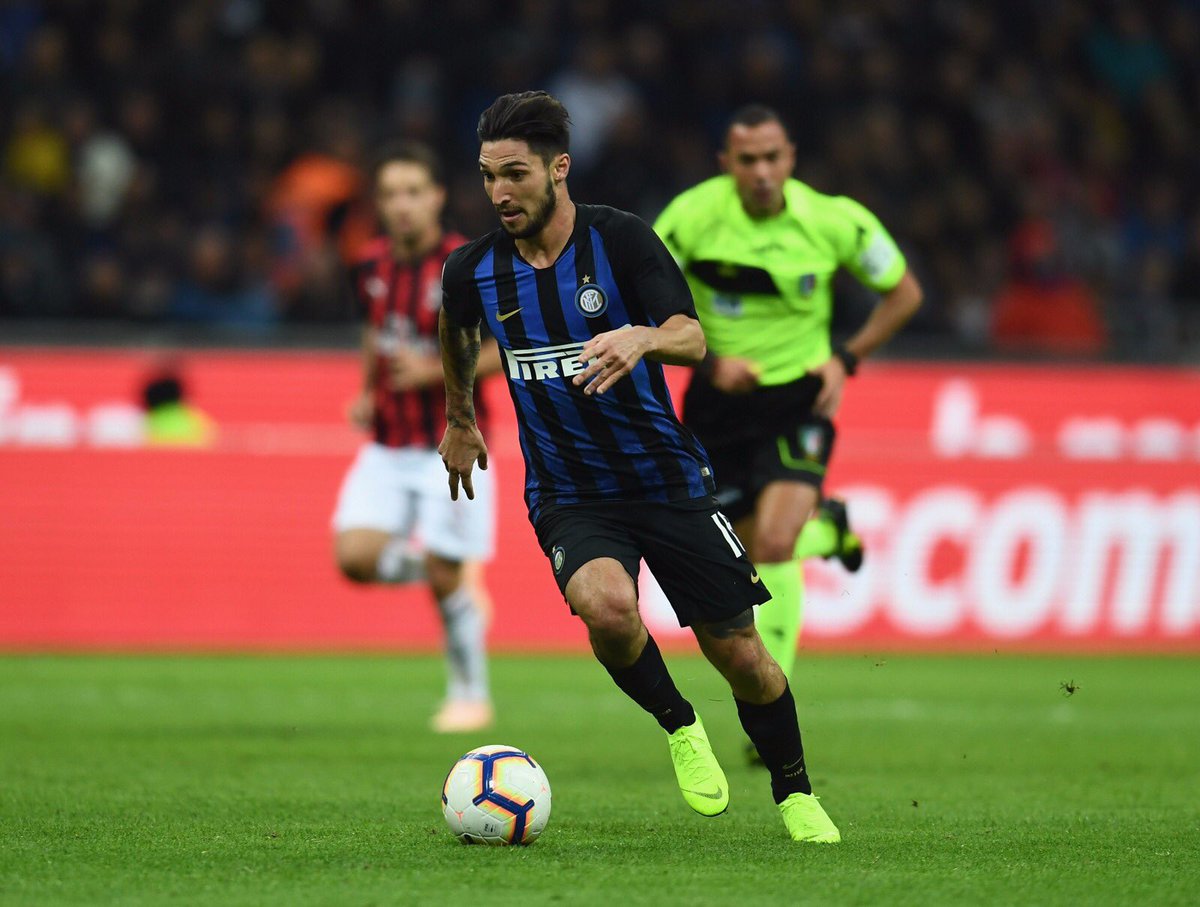