This week Inter took on Lazio in a early week matchup. The last time Inter had faced them was when they secured the final CL spot in the last match of the campaign. Inter had won three out of their last six matches against them. In this match Inter looked to move up to second place behind leaders Juventus while Lazio looked to take over third. So in this match both sides were hungry for those much needed three points. After the bets were placed and the players took the pitch the first half would start. Both sides did a stellar job creating chances and going at each other tooth and nail. But midway through the half Icardi lands a right footed shot to the lower right corner of the goal giving Inter the 1-0 lead. Lazio would fight to get things equalized. Before the first half ended Inter added to their lead as epic Brozo lands a left footed shot to the lower left corner giving a 2-0 cushion going into the second half. After the break the match resumed with Lazio making sure this match didn’t end in a shut out while Inter looked to add or maintain their lead. Both sides again would create chances and defend the ball but with thirty minutes in the final half Inter secure their victory as Icardi lands a left footed shot to the lower right corner of the goal. Lazio would at least try to score but to no avail as Inter annihilate Lazio 3-0 leaving them stunned.

Inter’s defense in this match was top notch. Inter in recent seasons have been very inconsistent with hit and miss performances. That and the players on the current defense have been phenomenal, Asomah has proven he belongs on this squad by blocking opponents shots and taking tackles when needed. He as also provided them with a winning mentality as he came from Juventus who are on track to win their eighth Scudetto in a row. Vrsaljiko is slowly getting time on the pitch after returning from injury and he has done a great job not just defending but assisting in chances as well. Skriniar as also been a great asset to the team. Though he didn’t play yesterday because of fears of backlash Devrij as also proven a vital asset as well. Overall this defense as really stepped up compared to recent seasons and have done what is needed to get the job done. 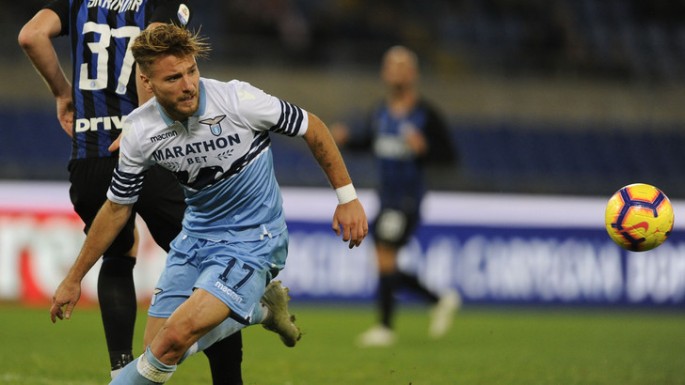 Lazio did a great job creating chances but they struggled to capitalize on any of their chances. Which is unlike them as normally they’re able to at least get a goal in their matches unless it’s against the likes of Juventus who are a strong team. Defensive wise they did a ok job as they let three goals by them. They had just rotten luck in getting anything going and capitalizing on any of their chances. Basically for Lazio it was just an unlucky day.