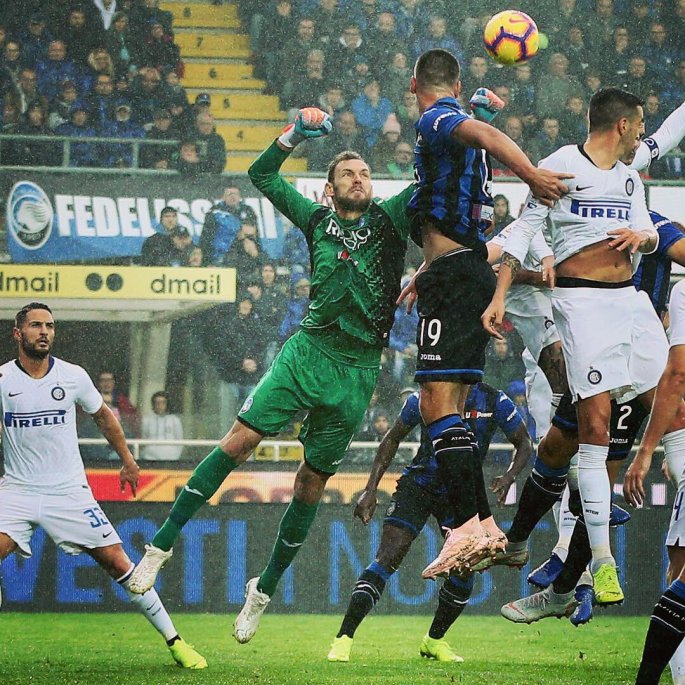 Red hot Inter ater their shutout match against Genoa last week travel to Bergamo Italy to take on eleventh place Atalanta. Atalanta themselves are coming off a win against Bologna who currently sit near the dereaded relegation zone. The last time these two teams faced off they each would get a point a piece as the match ended in a 0-0 draw back in April. Overall Inter have won three of their last six matches against Atalanta. Atalanta have a win of their own against Inter while the other two matches ended in a draw. Inter have been strong as of late winning almost every match since their win against Tottenham with the only lose came against Barcelona. Atalanta have win three out of their last five matches. Things Inter will need to keep an eye out for when facing Atalanta are they are strong goal chance takers and like using a few different tactics to do so. They like to create those chances using things as through balls and long shots. Inter need to make sure they defend the ball and maintain possession of the ball as well because despite being a middle table side Atalanta are a strong team. Inter can do this by playing the offside trap as Atalanta struggle to avoid them along with drawing fouls especially in critical areas. They also need to conitnue stregnthening on finishing scoring chances of their own as they have worked hard in this area but there is always room to improve. They also need to work on preventing the opposition from creating chances. Also they need to work on defending as well especially against stronger players which will be crucial when they face Juventus. This match Inter should win this match but the worse they can get is a draw. In the first half Atalanta would doniminate the possession and would dominate the scoring chances as Atalanta score with a goal from Hateboer. In the second half Atalanta continued their pressure on Inter and scored two more goals but after Inter got a equalizer via pentaly kick from Icardi. The other Atalanta goals came from Mancini, Djimsiti and Gomez as Atalanta destroty Inter 4-1. Giving Inter their first Serie A loss since their loss against Parma in the first few weeks of the season. 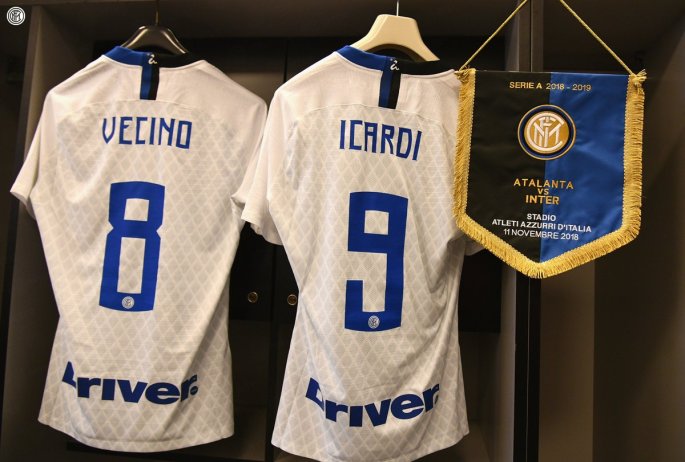 This week Inter stick with the 4-3-3 formation which as become a good formation for them as well as the 4-2-3-1 . In goal is the usual culprit Handanovic who has six clean sheets so far this season. On defense on left back is former Juventus player Asomah who as become a ancor on the defense. In the middle is the pairing of Miranda and Skriniar amd on right back is D’Ambrosio. On the defensive mid on left wing back is a player who steppedup last week in their match against Genoa is Gagliardini. In the center is epic Brozovic who has become a solid player over the past two seasons and on right wing back is Vecino. On the attacking side on the position of left wing is none other than Perisic. In the middle is the Inter scoring beast Icardi and on the right wing is another player who has really stepped up is Politano. This is a decent formation but Atalanta are strong and will do what it takes to het the job done. They need to work on isolating Zapata who will give Inter problems if they’re not careful. 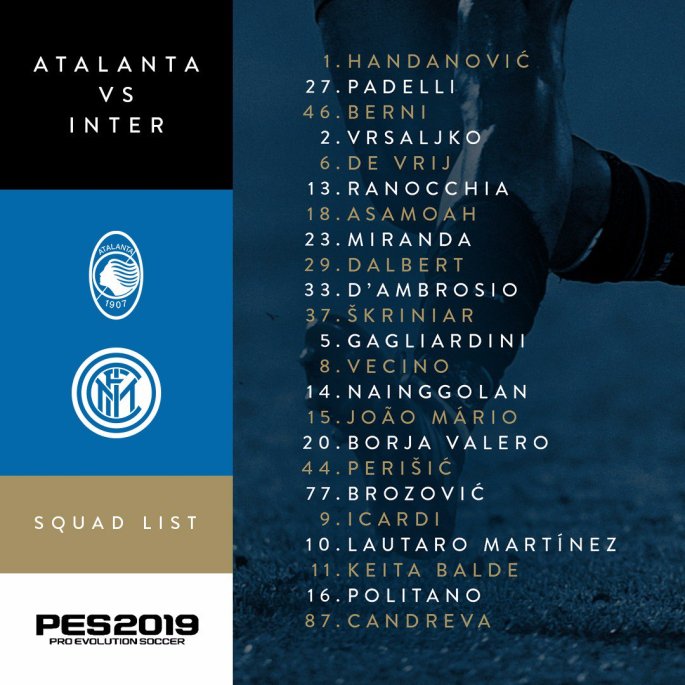 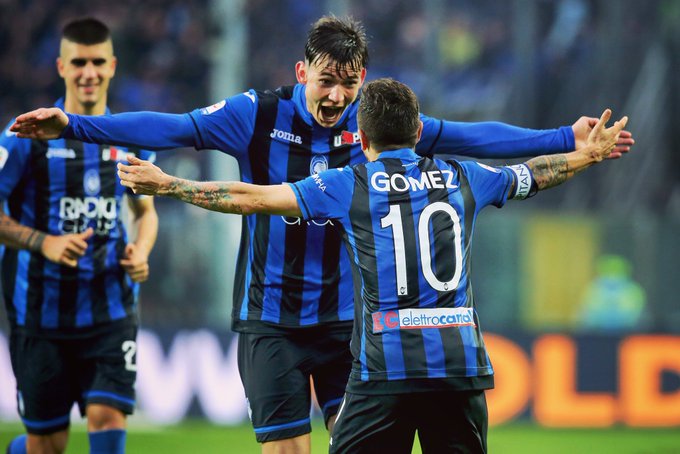 Following the break the match resumes with Inter trying to get a equalizer while Atalanta looked to keep the pressure on Inter and add to their lead. Before the half Inter make subbing number one as Valero comes on for Vecino. Second after their first substitution. Inter get the equalizer they were looking for as Mancini gets a hand ball granting Inter a penalty kick as Icardi converts it with a right footed shot to the lower right corner making things all square at 1-1 a piece. Minutes later Inter Politano tries to give Inter their first lead of the match with a left footed shot from outside the box is blocked. Still Atalanta are not loosening their grip on Inter after the sixty minute mark Atalanta with Macini after a cross from Josip lands a header from the center of the box lands in the top right corner. This gives Atalanta the lead once more. Minutes later Inter make subbing number two as Keita comes on for Politano. In the seventy first minute Inter make their final substitution as Vrsaljiko replaces Miranda. With eight minutes to go in this Atalanta dominated match up Gagliardini tries to equalize things once again with a shot from the left of the box goes over the crossbar. Two minutes later Atalanta add to their lead as Djimsiti lands a header from the center of the box lands in the lower right corner making it 3-1 to the home side Atalanta. In the final minute Brozovic gets a red card as Inter gets reduced to ten men. In the final minutes of stoppage time Atalanta put the nails in the coffin as Gomez lands a final goal in the top right corner as they defeat Inter in a all out blood bath. 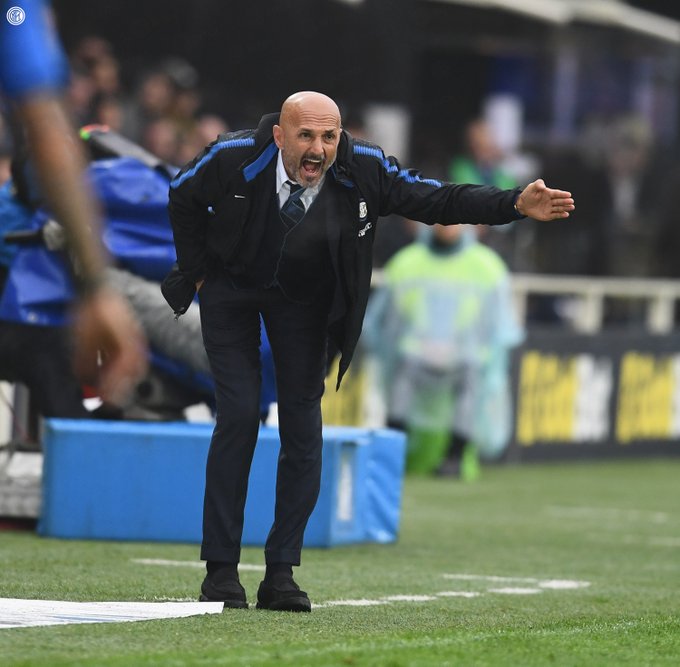 What is there to really say about this match it was dreadful and sloppy. This was one of thee worst performances from Inter that fans have seen in quite sometime. Tactics were all wrong as they were playing tired players such has Asomah and they struggled to get any momentum going which is unorthdaox for them. It was like a match Pasta vs Sauce and the Pasta didn’t even show up to the match. But as they say you can’t win all of them. The man of the match is isn’t worthy of any Inter player this week this week it goes to Atalanta player Gomez who did a solid job creating chances and assisting his team to those three points. Next match after yet another dreaded international break Inter welcome visitors relegation Frosinone the last time they faced each other was back in the 2016 season where Inter would defeat them 1-0 this should be a Inter win but anything is possible in this sport. As always FORZA INTER.

Man of the match: Papu Gomez 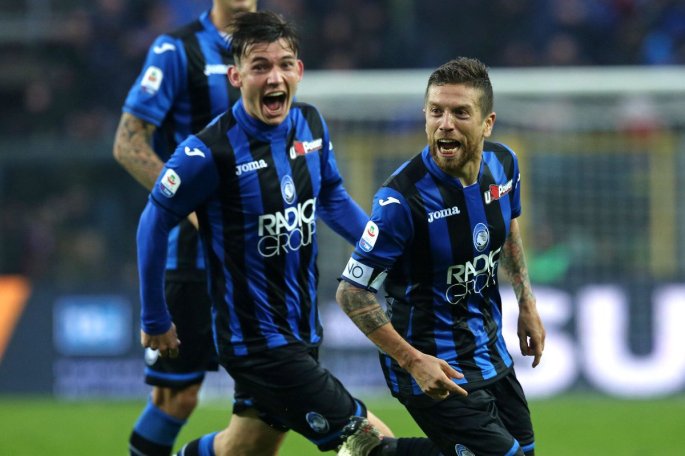