After a win against Frosinone and a loss against Tottenham in the Champions league Inter travel to the capital Rome to take on seventh place Roma. Roma are coming off bck to back losses to Udinese and Real Madrid. Last season Inter would win the season sweep against them with a win and one draw. Majority of the results between Roma and Inter have been mostly draws but overall winning wise Roma dominate Inter 33% compared to Inter’s 17%. Inter are looking to jump to second place or maintaining their third place position which secures them a Champions League spot again next season while Roma are looking to get some winning momentum going as they have had hit and miss performances all season. So for Roma a win here would be huge but Inter still want to keep their position and get another chance at the CL. Both sides have a mission on what they want to accomplish in this match.

The only player injured on the Inter squad is Dalbert. Also returning to the Stadio Olimpico is former Roma player Radja Nainggolan who signed with Inter before the start of the season which cost Inter their youngest prospect Zaniolo. Inter squad wise are slowly showing fatigue in certain areas as their performances are becoming hit and miss has of late. In the defense side of things it shows by them allowing gaps between them and the opposing teams offense. This is a costly mistake as their opponents can use that to their advantage by taking and capitalizing on potential scoring chances. If they do capitalize on those chances they could cause lost points and dropped matches. On the offensive side they are the more consistent side. Unless they’re facing strong teams and teams and certain teams at home such has when they lost against Atalanta a few weeks back and the match against Tottenham in their turf. Overall their the more consistent side of the team as they mostly continue to create and capitalize on scoring chances and doing what it takes to get the job done. The key player in this match will be Icardi as he is a solid striker despite not touching the ball much he knows how to find the back of the net and helps get the job finished. If Roma don’t isolate him he can cause them issues. 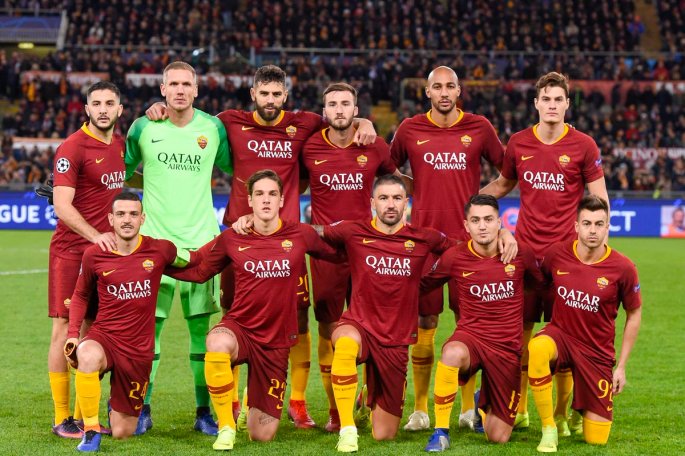 Roma have a laundry list of players out with injury most of which are key starters. The players that are out with are DeRossi, Pellegrini, Dzeko, Shaarawy and Coric. This will definitely cause them problems as Roma have been inconsistent this season and having some of their key starters doesn’t help the matter. Offensive wise they have struggled to finish scoring chances and being consistent with them but they have been able to create them which has made it so frustrating . But when they do get the chance to score they make it look effortless. Also due to Pellegrini being out due to injury they’ll be starting former Inter youngster Zaniolo. This will be the first time he faces his former club. So with Zaniolo and Radja their maybe sour notes from both sides. Defensive wise they’re hit and miss normally they’re tight and good at man to man coverage but other time like Inter at times can leave gaps which allows the opposing teams offense the room they need to score goals. The key player that Inter will need to keep an eye out for is Schick who is good at creating scoring chances and is good in critical areas such as inside the box. 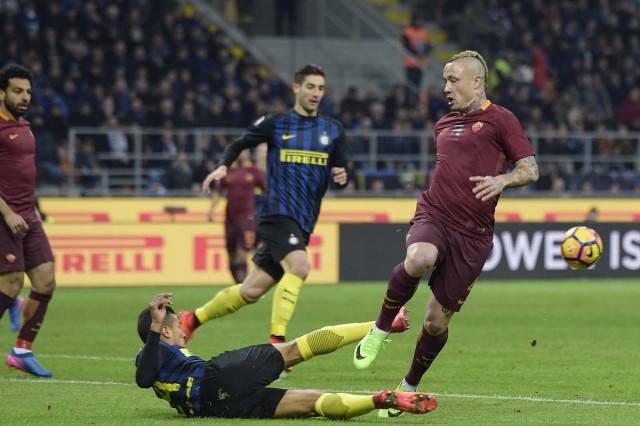 In this match Roma have the home pitch advantage where they are strong and have success. Inter will need to make sure they don’t fall into the offside trap which Roma will use to their advantage to thwart Inter’s scoring chances. Inter will also need to get control of the ball early and maintain possession of the ball because both sides favor that style of play whoever gets the ball early in this match may end up with the advantage. Both sides will try to prevent the opposing team from creating chances. Roma in the air do a phenomenal job which is a way they like to get the ball so they’ll need to make sure to win as many Ariel duels as possible. Roma will also utilize their strong ability of scoring from direct free kicks. This match will come down to who wants the win more but due to Roma being down players despite being at home Inter will have the slight advantage but anything can happen. 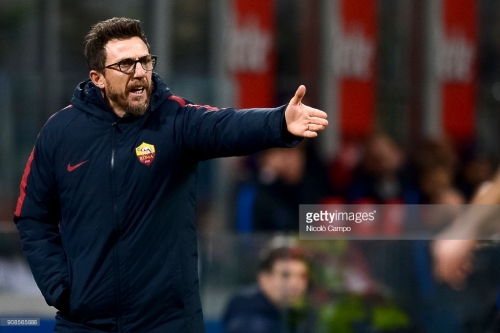 Players To Keep You Eyes On 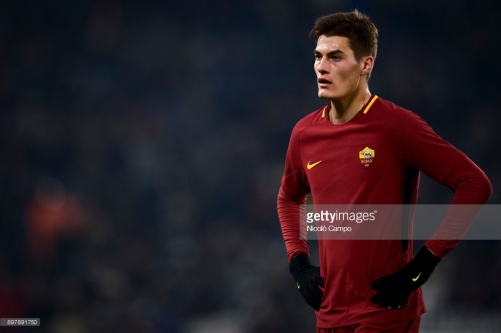