Following a loss to Juventus and a draw to PSV eliminating from the Champions League Inter welcome visitors Udinese. Udinese sit one position above the relegation zone. Udinese are coming off a loss against Atalanta. These sides are looking for those three points. For Inter a win here would help them get back into winning form as during December they don’t do so well hopefully a win will debunk that curse they seem to have. Udinese on the other hand are looking to move up in the league standings. Last season these sides split the season series but overall Inter have won five of their last six matches against Udinese. For Inter to win this match they will need to maintain possession of the ball and control the ball in Udinese half. Also they can use fouls to deter them as well especially in critical areas such has inside the box. Also they struggle with individual errors which they can also use to their advantage. But the main area they’ll need to focus on is winning the ball in the air as Udinese are good at winning aerial duals. Inter on their end need to work on finishing scoring chances again and capitalizing on them. Overall Inter are a good team but which Inter will show up is the question. In the first half Inter took control of the ball early taking all the shots in that half holding Udinese to a stand still. The second half Inter continued their pressure despite Udinese getting a few chances of their own in they barely let them get any breathing room. In the middle of the half Inter broke the draw with a penalty from Icardi. With that they pulled out a slim win and gifted Inter those much needed three points. 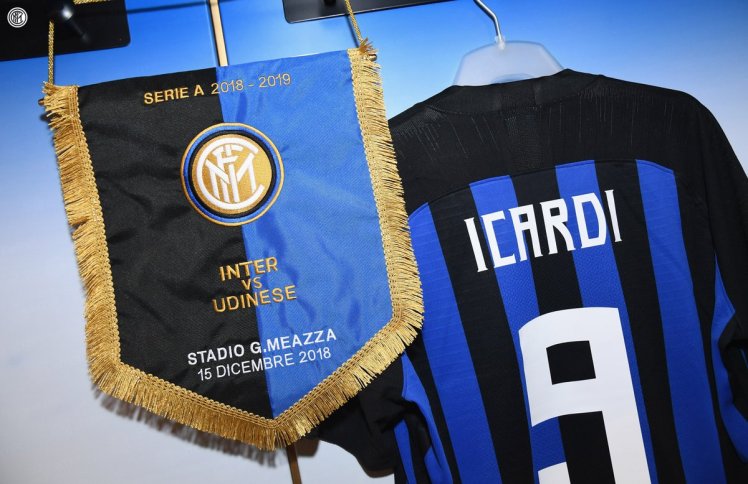 This week Inter stick with the 4-3-3 formation from last week. In goal is Handanović who has seven clean sheets for the season. On defense on left back is Asomah. In the middle the pairing of Skriniar and Devrij who are the strongest when they play together. On the right back position replacing D’ambrosio is Vrsaljiko. On defensive mid on the position of left wing back is the player that has been given a second chance as of late is Mario. In the middle is Brozovic who as been struggling as of late but hopefully he gets back into form. On right wingback is Valero who in my opinion needs to go as he is not the most consistent player on the team. On the attacking side of things on left wing is Keita who is showing signs of life but still has a way to go before he becomes a threat on the team. In the middle is Icardi in my opinion they need to go back to the 4-2-3-1 formation as Icardi plays better solo and in this formation he doesn’t have room to thrive. On right wing is Politano who is showing progress with the club. In my opinion this is not a good lineup as they do better with the 4-2-3-1 and with the constant experimenting is not helping the club. They need to keep an eye on DePaul who is a great player on Udinese and will do whatever it takes to get the job done.

Following the break this match resumes with both sides holding each other to a stale mate and looking for those much needed three points. Minutes into the half Devrij following a corner takes a header from the center of the box misses to the right of the goal. A minute later Udinese get their first chance of the match when Rolando lands a left footed attempt but the ball goes to the right over the crossbar. Seconds later Valero from outside the box takes a right footed shot but it gets blocked. Udinese DePaul takes right footed shot but it goes over the crossbar. Udinese are finally getting into the match trying to sneak a victory over Inter. Following that Hidde takes a right footed shot of his own from the right of the box but it misses to the right of the goal. In the fifty fifth minute Inter make their first subbing as Martinez replaces Valero. Minutes after the subbing Pussetto connects the ball with the right foot from outside the box as the ball is blocked. A minute later Martinez takes two right footed shots from outside the box but both his shots are blocked. Near the sixty fifth minute Skriniar takes a header but it gets blocked as well. Minutes later Icardi misses a header from the center of the box as the ball goes to the left. In the seventieth minute Perisic comes on for Balde. In the sixth minute Seko draws a handball which is checked by the VAR which grants Inter a penalty which is then converted by Icardi with the right foot to the center of the goal putting Inter up 1-0. With nine minutes to play DePaul tries to equalize with a right footed shot from outside the box but it gets saved. With five minutes left Inter make their last subbing as Radja comes on for Politano. In the last minute Udinese try to salvage a point as Pussetto misses a right footed shot from outside the box with that Inter come away with those three points.

This match yes was a win but it came from a penalty kick conversion. Yes it was much needed three points but based on the amount of chances Inter took they could’ve easily been up 3-0 in the first half. They just struggled to capitialize on those chances. But at the end of the day a win is a win plain and simple as December they usually struggle to even win a match. The man of the match is Vrsaljiko who helped defend the ball along with helping offensivly where needed it was nice to see him get a chance to start again and hopefully it isn’t the last as he’s a great defender which can help the club in the future. Next match Inter take on bottom place Cheivo in Verona the last time these two faced off Inter won 2-1 there is no excuses why they can’t easily win this match because anything less is unexceptable and a huge disapointment to the supporters. Until then as always

Man Of The Match: Vrsaljiko