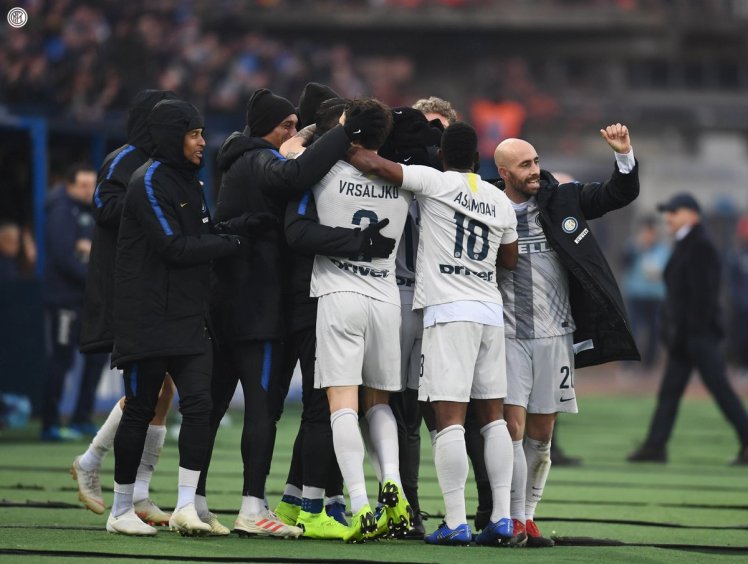 Carlo Castellani
Empoli Italy
This week following their win against Napoli Inter travel to take on sixteenth place Empoli just before the winter break. Empoli on the other hand are coming off a crushing loss to the hands of Torino. The last time these two faced off Inter won the match 2-0 and overall won five out of their last six matches against them. This was before Empoli would get relegated at the end of the 2016-17 season. Inter in their last match seemed to have stepped up when facing a stronger team but to contend with the table winners they have a long way to go to get to those standards. Empoli haven’t done anything major but they’re doing enough to do what it takes to stay in the top flight. Inter in this match will need to utilize the weaknesses of Empoli to their advantage such as taking as many scoring chances as they can as they struggle to defend them especially against stronger teams. Also they can detour their chances by driving them into offside situations. They also need to continue maintaining their possession football tactic along with controlling the ball in their half of the pitch. Empoli have their work cut out for them as they’ll need to try to get and keep the ball themselves and figure out how to defend against the strong players of Inter. This match should be a good one. In the first half of the match it was uneventful with very limited chances and it was slow going and each side played to a 0-0 draw at the half. In the second half is where things finally started heating up as more chances being taken and the speed picked up. Just as the match could’ve ended in a draw but Inter weren’t going to let that happen as Balde scores in the seventy second minute giving Inter the lead. With that it ended up being the only goal scored as Inter win the match giving Inter back to back wins.

This week Inter stick with the 4-3-3 formation from previous weeks with some player switches. In goal is key starter Samir Handanovic who has nine clean sheets so far this season. On defense on left back is Asomah who stepped up in the last match helping with assist and scoring chances. In the middle is the pairing of Skriniar and Devrij. Replacing D’Ambrosio this week on right back is Vrsalijkp. On the defensive mid on left wingback is Mario. Replacing Brozovic in the middle is Valero and next to him on the right winhback position is Vecino.On the aatacking midfield on the left wing replacing Perisic is Keita Balde who provides the team with some much needed squad depth. In the middle us none other than last seasons shared golden boot winner Icardi. Completing off the starting lineup on the right win is Politano. This is a okay lineup but yet again the formation is killing them because Icardi is better solo once Spalleti realizes this the smoother things may go as this just isn’t working. 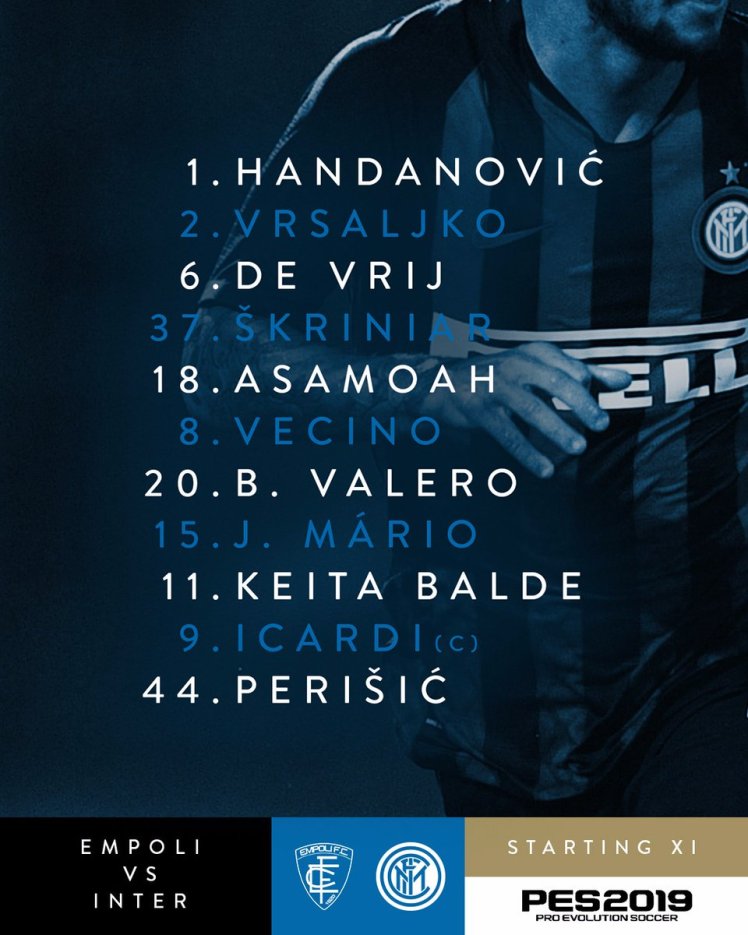 The players took the pitch and fans finished their bets as this match got underway. Early in the first half things started off slow as both sides were getting a feeling for the pitch and trying to set a good tempo for the game. The first chance of the half didn’t come until during the fifteenth minute as Empoli looked to put themselves on the board first as Hamed Traore lands a right footed shot from outside the box but it goes over the crossbar. Then the match slowed down again as no other chances were taken until the thirty minute mark as Empoli again tried to get the first blow as Miha from a close area takes a header but the ball goes over the crossbar. Seconds later Inter finally get their first chance of the match as Politano from outside the box lands a left footed shot but his shot gets saved in the lower right corner of the goal. Minutes continued to pass with no real action and the final chance of this boring and mediocre half came as Mario from outside the box takes a shot with the right foot but his attempt is blocked and with no real action taking place after that chance the half ends with both sides at a 0-0 draw. If either side hopes to win this match they will need to step up the intensity and create more chances or else this match could end in a draw for both sides.

This was a good win for Inter but yet again they could’ve easily been up more points but the usual issues continue to plague them. The usual not finishing scoring chances and the formation is killing themin the match against Cheivo there is no reason they should’ve lost that match. It’s the same old Inter this December matches that should’ve been won weren’t and wins they did get were slim victories which is unacceptable. The man of the match is Keita Balde who is finally showing signs of life in way of creating scoring chances and showing he can finish them as well. The next Serie A match for Inter will not be until the middle of January when they take on the team they can’t seem to beat especially at home is eleventh place Sassuolo the last time they faced each other was in the first match of the season where Sassuolo won the match 1-0. If history tells anyone anything a loss to them is possible.

Man of the match: Keita Balde 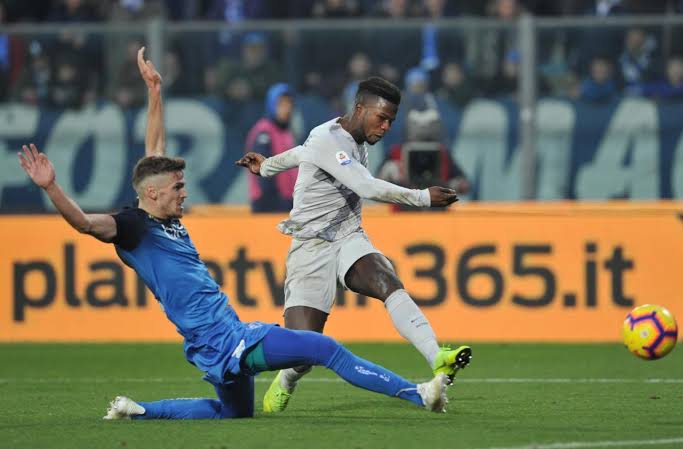