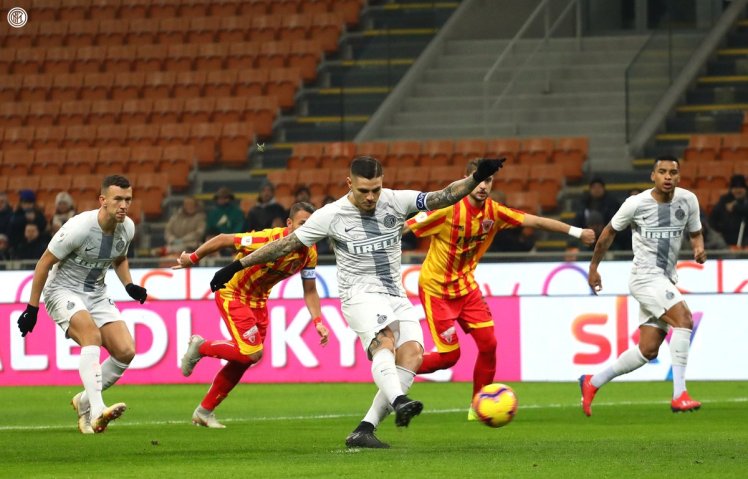 Before Serie A action returns next weekend Inter took on Serie B side Benevento in the Coppa Italia. Going into the match Inter were the clear favorites as they’ve beaten Benevento when they were in Serie A last season where Inter got all six points in their matchups with them. In the first half Inter took hold of the ball possession early on in the match which didn’t allow Benvento any breathing room but early in the half Inter would get on the board following a bad foul Inter were given a penalty which is later converted by the penalty king Icardi making it 1-0 to Inter only three minutes in the match. Four minutes later Inter would make it 2-0 after Candreva put the ball into the back of the net. Both sides continued opening chances but before the half would end Inter would continue their damnage on Benevento as Dalbert who was getting his first start following a injury would find the back of the net himself making it 3-0. After the break the match resumed minutes into the half Inter added to their lead as Martinez scored. Benevento however weren’t going to let this match be a total shutout as Insigne would put Benevento on the board making it now 4-1. But minutes later Martinez followed up with his second goal of the match making it 5-1. Benevento nearing the seventy fifth minute Bandinelli made it 5-2. Before the match ended Inter added one final goal as Candreva scored in stoppage time as Inter easily won the match 6-2.

Benevento showed they were the weaker side despite having more chances. They only got two goals but failed to finish majority of their chances. They had a hard time defending against the strong Inter attack. Some of the players that they struggled against were apart of Inter’s bench. But the key players who were on that team Insigne and Bandenelli who were the only two players who scored their only goals. They show that they are the hardest workers on that team.

In this match Inter played a few players that haven’t been in a starting lineup in a long time. On the defense they played Rannochia and Dalbert who scored a goal before the end of the first half. They also played Gagliardini who in my opinion is way better tagged up with Brozovic. They also started Candreva and they also played Martinez behind Icardi which it’s good to see him starting where in his own right scored two goals same as Candreva. The fresh legs have allowed normal key starters time to rest for league play action and allowed players who haven’t played in awhile the chance to do so. Hopefully fans get to see these players return to league action once again because it was nice to see these players in action again.
Martinez the future of the club? 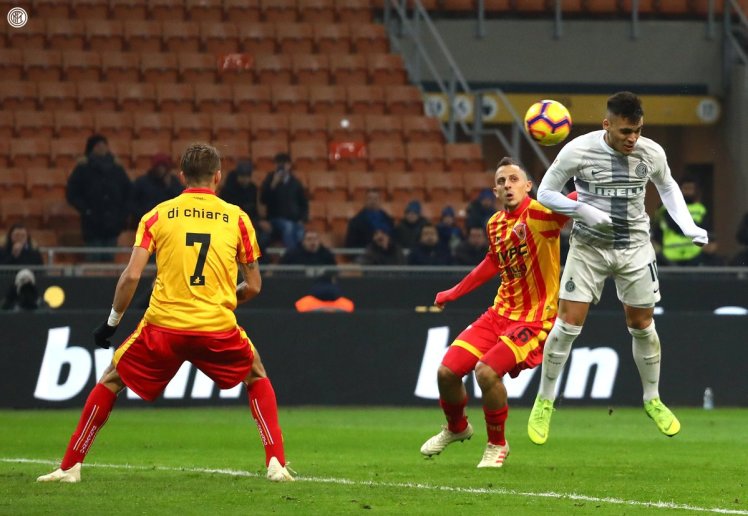 Based on what as been seen so far from the young bull Martinez he has all the makings of becoming the future of the club. He shows a strong work ethic and has leadership qualities which he brings to the table. He is good at reading the pitch and great at creating and finishing chances. He now as a total of five goals and one assist between all competitions. This is only the beginning of what he can do for the club. With time he will more than likely take the mantle if and when Icardi leaves the club and he already has a fighter mentality and he will do what is needed to help the club succeed. Only time will tell what he’s capable of achieving with this club.