Following three back to back dismal results Inter welcomed eighteen place Bologna in a Saturday night matchup. Both sides looked to get back into winning ways. Going into this match Inter were obviously clear favorites but due to lack of terrible form they only looked good on paper. Bologna have been looking to get out of the relegation zone as they now sit a point behind Empoli while Inter looked to widen their gap between them and Milan as they now only have a four point gap between them. After the bets were made this match got underway. In the first half both sides opened up multiple chances but Bologna had the advantage in that aspect while Inter maintained possession of the ball. Before the half ended Bologna would put themselves on the board as Santander takes a header after a cross from Pulagr and the ball lands in the top left corner putting them up 1-0. With that the half ended with the visitors on top. In the second half Inter would finally start creating more chances trying to get the much needed equalizer but they ended up wasting them as Inter lost this match 1-0 giving them another terrible result.

Snatander in this match was on fire. He helped with assisting his team to victory. Not only did he do a great job of passing the ball and helping in ariel duals. He did a great job scoring the game winning goal. He is great at reading the pitch and setting up shots. He is a great player on their squad and has a great future with them.

It as been brought to the attention of fans through various news sources that there as been discord and chaos in the Inter locker room as of late. This is definitely not a good thing as this can cause further issues. Issues in the locker room can leak on to the pitch and affect the teams performance. Which is currently being seen in a variety of ways. In the beginning of the season they did a better job finishing scoring chances while now they struggle to do so. Reason this is caused by miscommunication amongst the players. Also on defense it’s spotty and vulnerable there are only a few consistent defensive players on the team as of late. If they don’t get things fixed and figured out it can cause further issues down the road. 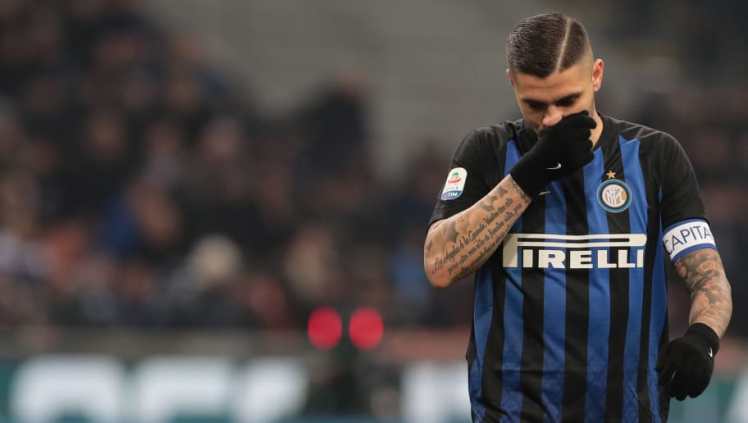 As of late the captain and normally the scoring machine of the team as been struggling as of late to find the back of the net. He hasn’t scored a Serie A goal since the beginning of December. He only has nine goals this campaign where this time last year he was in the middle teens on his way to winning a shared golden boot with Immobile. There are a lot of factors that can be why he’s not scoring. Reason he is holding out on scoring until he gets another contract extension or he is slowly not caring as he maybe out the door at the end of the season. That or he is not getting chances passed to him like he used to but hopefully things turn around as fans are calling for him to pass on the captain armband.