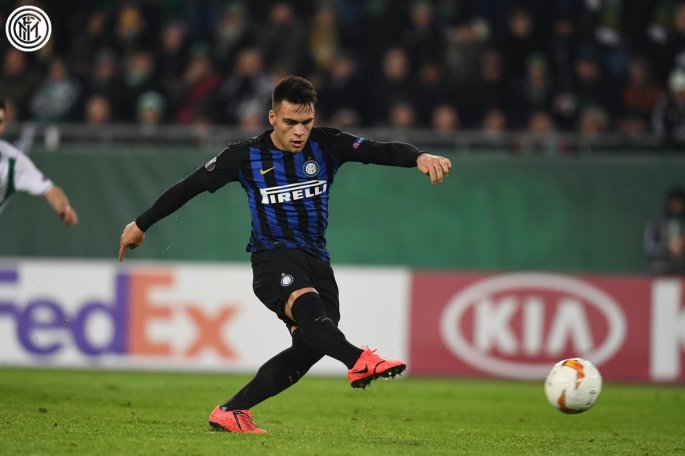 Welcome everyone to the knockout stages of the much awaited Europa League. In this match Serie A side Inter Milan take on Austrian side Rapid Wein in the first round of eliminations. Going into this match Inter sit in third place in the Serie A table while Rapid are having a rough season as they currently sit in eighth place in their respective league. The last time these two sides faced each other was way back in the 1990-91 UEFA Cup where Inter would go on to win 4-3 on aggregate. Inter have only won ten of their away games in European competitions. Rapid have rotten luck having not made it past the round of thirty two ever since the UEFA Cup turned into the Europa League. Inter got into the Europa League after falling shot to Tottenham despite being even in points they had the goal advantage which put them here. Rapid on the other hand came in second in the group stages beating out Spartak Moscow and Scottish side Rangers. Going into the match Inter are the clear favorites as they have strong success against Austrian sides with a record of 8-1-5 while Rapid against Serie A clubs isn’t that great with a record of 2-5-14 but they do have a decent record when facing Inter with a record of 5-1-4. Inter despite being the favorites they have been struggling with their form as in their past four matches have 2-1-2. Inter will need to focus on their mentality as they’ve been struggling and just need to focus on the match at hand that and they also have to shake off the main thing that will weigh on them and that is playing without Icardi who rejected the call to be on the squad and was stripped of the captains band. Also they will need to work on finishing those scoring chances along with closing any gaps on the defense which will not allow Rapid to get any breathing room. Rapid will need to make sure to keep the ball as Inter favor possession football that and they will need to finish chances of their own. Inter are shown to win this match but with how things are going they maybe looking at getting eliminated before the journey even starts. In the first half there were limited chances as their were nine total in the half. But late in the half Inter would get on the board after a penalty was given which put the visitors up 1-0. This is the score that took them to half time. In the second half things would still be slow as their were only eight chances in this one but the match would end with Inter winning 1-0.

In this much anticipated matchup Inter go with the 4-2-3-1 formation. In goal is the new captain of the team and key goal scorer is Samir Handanovic who has a total of thirteen clean sheets between all competitions this season. On defense on the position of left back is Asaomah. In the middle is Miranda as Skriniar is suspended and Devrij. Capping them off on the right back spot is the newest addition to the club on loan Cedric Soares. On the defensive mid is the pairing that haven’t played together in a long time V squared Vecino and Valero. On the attacking side of things on the left wing is Perisic who has shown interest of leaving the club after locker room issues. In the middle is the ninja Radja Nannigolan who hasn’t lived up to expectations falling flat in performances. Then returning to the position of right wing is Politano. Then after Icardi rejected the Europa League call up taking his place as the loan striker up top the young bull Martinez who is showing he can be the future of the club and proves he can be a starter when given the chance. 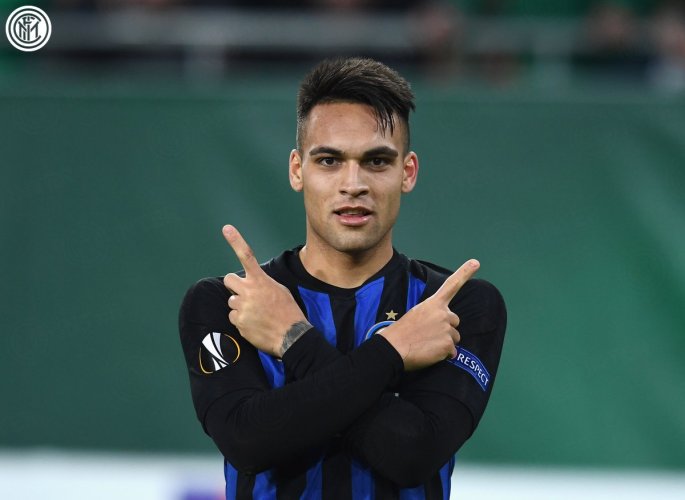 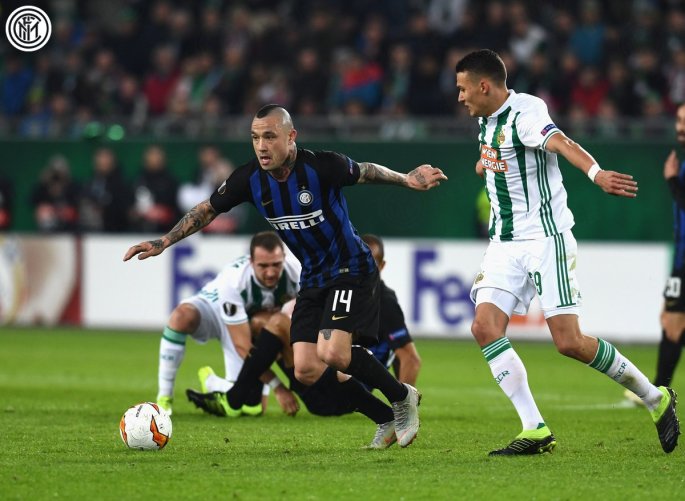 This was a critical away win for Inter as this may set them up for moving onto the next round of the Europa League. The team overall did a phenomanal job. Not only did they create chances they did a better job of finishing them as well. They also did a great job defending the ball keeping the ball away from Rapid and letting them get as little chances as possible to score. They will need to continue this same intensity in their next match agaisnt Rapid if they have any hopes of moving on. The man of the match goes to the bull Martinez as he scored the winning goal along with creating many chances throughout the match and defended the ball where it was needed. Inter in only three short days will be in Serie A action against Sampdoria who they beat at the beginning of the season they look to do the same in this match because here on out all points matter. 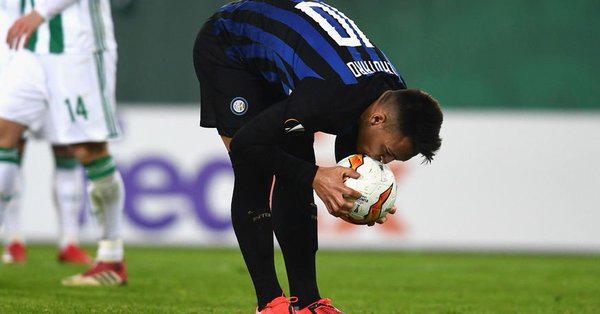