Following back to back wins against Parma and Rapid Wein in the Europa League Inter welcome visitors ninth place Sampdoria. Sampdoria on the other hand are coming off a loss to relegation side Frosinone. The last time these two sides clashed in the first half of the season Inter won the match 1-0. Overall Inter have won four out of their last six matches against mid-table Sampdoria. In way of form Inter has a record of a 2-1-2 going into this match while Sampdoria have a record of 1-1-3. Despite being a mid table side Sampdoria are a side that you don’t want to sleep on especially with a forward such has Quagliarella on their side who has sixteen goals this season so far. Inter however have been hit and miss as of late with some good performances along with some bad ones as well. Inter wins are now critical as their gap between their rivals Milan is only a point as Milan won their match Saturday. This match will determine if Inter stay in third place or if they’ll drop to fourth. Inter in this match will need to continue working on finishing their scoring chances as this as been a issue for them. They will also need defend the ball and not let them get any chances of their own to score. Sampdoria will need to do the same thing along with keeping possession of the ball as Inter are known for possession football tactics. Overall Inter are the stronger team but with all the drama surrounding the club this match may end up being a loss as they may let the situation mess with their mentality but hopefully that doesn’t end up being the case. In the first match both sides would share even possession of the ball but Inter lead in the way of scoring chances as they had nine chances compared to six chances for Sampdoria. But the half ended with both sides at a 0-0 standstill. In the second half is where things heated up as both sides had more chances but in the last twenty minutes is where the real fun began as Inter broke the deadlock with a goal coming from D’ambrosio which put the home side up 1-0. But Sampdoria weren’t going to let Inter get the win so easily when minutes later they’d get and equalizer with a goal from Gabbiadini. But as this match was heading towards a draw the ninja would strike landing a goal of his own into the back of the net which gave Inter a critical win as they won the match 2-1.

Inter in this match stick with the 4-2-3-1 formation which as become a key formation since last season. In goal is key starter and Inter captain Handanovic. On the defense on left back who swaps every other match with Asomah is Dalbert. In the middle the duo of Skriniar and Devrij. Then capping them off on the right back is D’ambrosio. On the defensive mid is Brozovic and getting another start this season is Gagliardini. On the attacking side of things on the left wing is Perisic who as been hit and miss as of late but this is probably due to the whole Icardi and Wanda fiasco which is causing him to want to leave the club. In the middle is the ninja Radja who hasn’t been performing well hopefully in this match things turn around for him. Then on the right wing is Politano coming back after being suspension. Then up top replacing Icardi who wasn’t even allowed on the bench due to this drama is the bull Martinez who as really stepped up as he as been a proven goal scorer and who is good in a starting position. This is a solid lineup but they need to beware of Quagliarella and Defrel Sampdoria’s key strikers who will do anything to get those three points.

Martinez sets up chance to give his side the lead in scoreless first half.

This win here was a critical win for Inter as the gap between Inter and rivals Milan is now back to four points. They did a solid job creating and finishing chances but of course there is room to get better. Also they did a great job maintaining possession of the ball. Defensive wise they did a great job saving and blocking Sampdoria’s advances. Also they stole the ball when the chance arrised. Despite not having Icardi in the lineup they did a great job working as a cohesive team. They banded together and got the job done which was amazing especially with all the drama. The man of the match is D’Ambrosio who really stepped up today in all aspects of the match along with scoring the opening goal great job D’Ambrosio you deserve it. Next match will be the second match of Inter vs Rapid which will then be followed by them taking on Fiorentina these matches should be wins but anything is possible. As always until the next one FORZA INTER.

Man of The match: Antione D’ambrosio 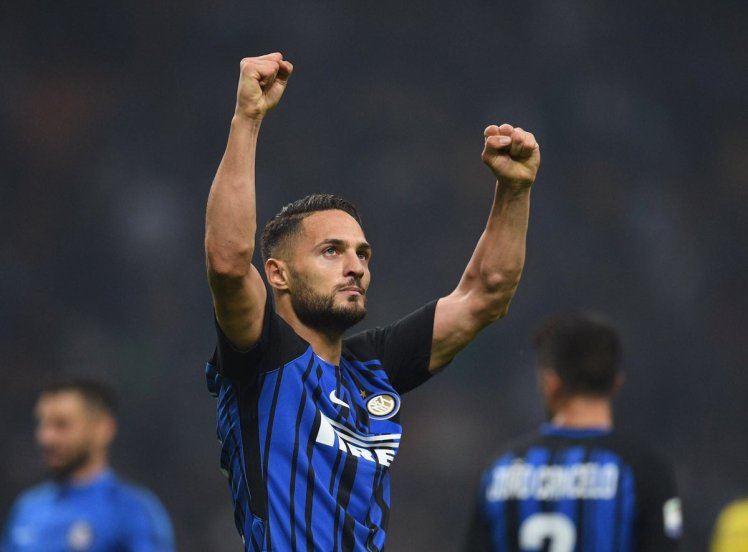