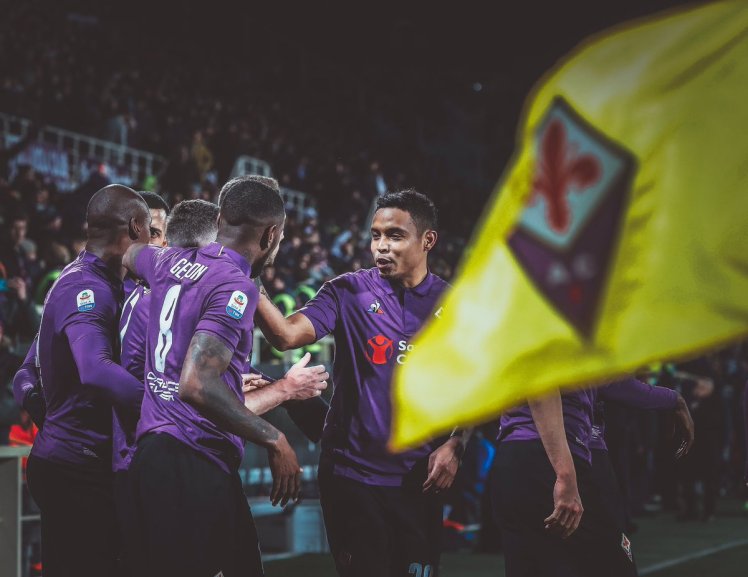 Following their win against Rapid as they advance to the round of sixteen Inter travel to take on eighth place Fiorentina. Inter have had recent success as they have won four matches in a row following the Icardi controversy. So basically No Icardi No Problem. Fiorentina themselves come off a win themselves. But overall they have only two wins in their past five matches. Inter in this match look to maintain their spot in third as the hunt for securing it continues. Fiorentina depending on the results of the other matches Fiorentina look to fight for a spot in the Europa League next season. Inter in this match will need to make sure that Fiorentina doesn’t get any breathing room to create scoring chances and maintaining the ball for themselves. Fiorentina themselves will need to do the same thing. Inter will also need to draw fouls in critical areas as Fiorentina struggle in that area. They can also utilize the offside trap as well to deter their chances. Though areas they will need to defend is down the wings of the pitch also they need to defend against long balls as well. Last, of all, they need to work on winning the ball in the air as Fiorentina are strong at winning the ball in aerial duels. This match won’t be an easy win for Inter but if they take their winning momentum with them into the match they could get those much needed three points. In the first few seconds of the first half, Fiorentina took the early lead as Devrij scored an own goal putting Fiorentina up 1-0. Inter, however, wasn’t going to be denied as Vecino minutes later put things back on even terms with a goal of his own. Before the end of the half, Inter added to their lead as Politano lands one in the back of the net giving Inter their first lead of the match as the score became 2-1. With that, the half ends 2-1. In the second half, both sides would continue creating chances. Minutes into the half Inter add to their lead as Perisic converts a penalty making the score of 3-1. But Fiorentina wasn’t going down without a fight. Into the seventy minute mark, Fiorentina would gain some ground as Muriel buries a free kick making it 3-2 Fiorentina. At the end of the match is where things get dodgy as Fiorentina scored after being given a penalty which wasn’t a penalty at all. But with this, both sides get a point as Inter now only have a two-point gap between them and their rivals Milan and Roma are one point behind them. 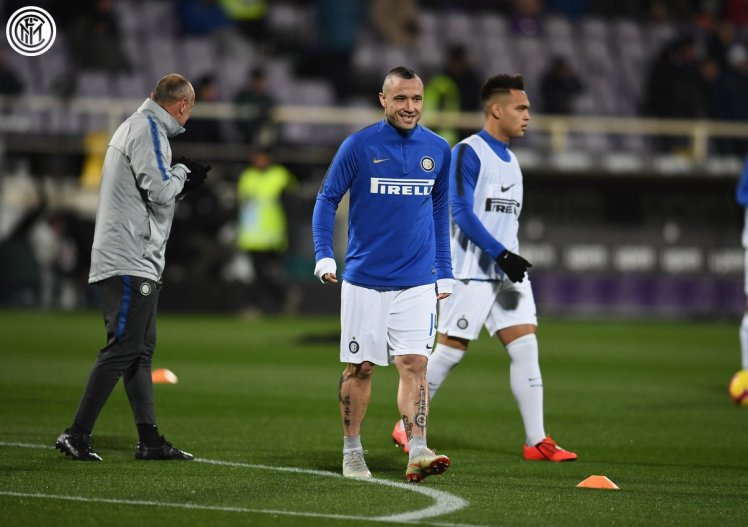 This match Inter will stick with the all too familiar 4-2-3-1 formation. In the position of goalkeeper is the leader in clean sheets so far this season and captain Samir Handanovic who has fourteen clean sheets between all competitions. On defense on the position of left-back is Dalbert who has been alternating with Asaomah. In the middle is the usual pairing of Skriniar and Devrij. Then on the right back spot switching with Cedric is D’Ambrosio who is showing signs of life as of late coming with a goal in the match against Sampdoria last week. On the defensive mid is the dynamic duo of Brozovic and Vecino. The attacking midfield on the left wing is Perisic who helped secure Inter a spot in the round of sixteen in the Europa League with a goal. In the middle is the ninja Radja who is finally showing his worth with several goals in the past few matches along with helping assist his team with chances of their own. He has also defended the ball well when needed. On the right wing is Politano who scored a goal in the match against Rapid. Up top is the bull Martinez who is, in my opinion, a proven starter who has goals and assist under his belt. This is a solid lineup but they need to beware of the quick and agile Chiesa who will cause Inter issues if they’re not careful.

Following bets and preparations, this match was ready to get underway. In the first few seconds of the match, Fiorentina looked to take advantage early as Giovanni from the center of the box misses a right footed shot as the ball goes to the left of the goal. Seconds later the deadlock is broken as Devrij accidentally knocks the ball into his own net putting Fiorentina up 1-0. Inter, however, wasn’t going to let this get to them as five minutes later Vecino after a corner kick from Radja takes a right footed shot from the center of the box as the ball lands in the top left corner as things are back to all square. Minutes later Hugo would try to give his side the lead once again following a cross from Veretout he lands a header but the ball gets blocked. This is later followed up just shy of the fifteen-minute mark as Inter looked to give themselves the lead as the ninja Radja from outside the box takes a shot with the right foot but his shot is blocked. Both sides are so far playing a defensive game as there are limited chances being taken so far. Things would slow for about seven minutes as both sides were mostly defending the ball. At the twenty minute point, Fiorentina’s Benassi after a headed pass from Chiesa connects with the right foot from the center of the box but the ball misses to the left. So far Inter has done a solid job maintaining possession of the ball but they need to work harder on creating chances and finishing them as well. Near minute thirty Gerson misses a left footed shot from outside the box as the ball goes to the left of the goal. Close to the end of a not so eventful first half Politano lands a left-footed strike from outside the box and just buries it into the lower left corner which gives Inter their first lead of the match. Seconds later Gerson tries to even things up once more with a shot from the center of the box but the ball misses going over the crossbar. This is followed by a chance from Perisic as he misses a shot from the left of the box. Before the half ended Fiorentina had one last chance to even things up as twenty-one-year-old Chiesa from outside the box takes a right footed shot but the ball goes to the right of the goal. With that Inter will take a 2-1 lead into the second half of the match. 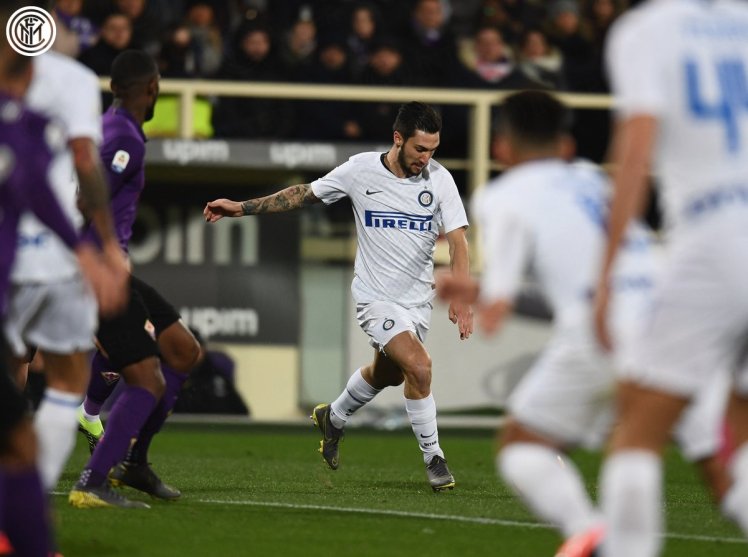 Politano inspires Inter to overcome early own goal  with a world class brace.

After the break, this match resumes as Inter is in the driver’s seat as they have the 2-1 lead over Fiorentina. Early in the half, Radja looked to add to their lead with a right footed shot from outside the box but the ball gets blocked. Minutes later Inter add to their lead as Perisic converts a penalty as Edmilison hits the ball with his hand which gifted Inter said penalty which is put in the lower left corner making the score 3-1 to Inter. After the sixty minute point, Inter makes their first subbing of the match as Asamoah replaces Dalbert. Inter still have full advantage of this match hopefully they can keep up the momentum. Gerson in the sixty-sixth minute tries to gain some ground for Fiorentina with a header from the right of the box but the ball goes to the right of the goal. Minutes later Skriniar from the six-yard box lands a header but the ball is blocked. In the seventy-second minute, Fiorentina would set up two huge chances the first coming from Gerson from the center of the box takes a header which is blocked but Chiesa would follow it up with a rebound shot with the right foot which is also blocked. Fiorentina is heating things up because this is a side which will fight tooth and nail to at least salvage a point. Shortly after they would gain some ground as Muriel hit a world class free kick burying the ball into the top left corner making the score 3-2. 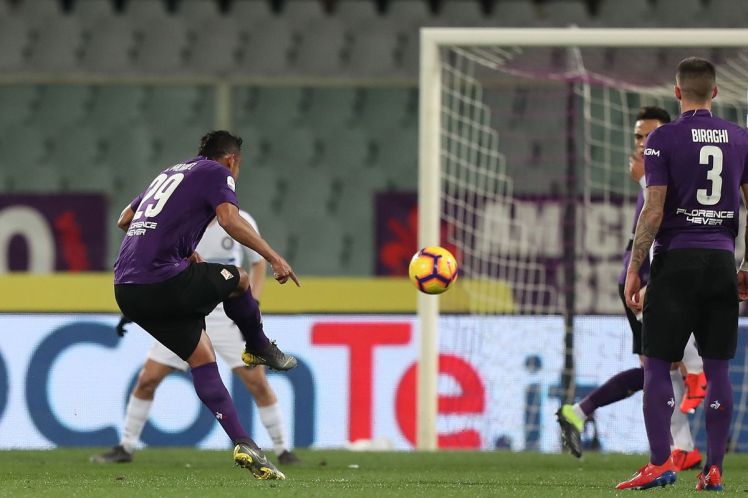 Ivan Perisic converts from the spot on to see Muriel retaliate with a freekick thunder strike in an exhilarating second half.

A minute later Vecino would try to keep the lead or add to it as he takes a header from the center of the box but is saved in the center of the goal. Most of this match has been defensive as most shots haven’t been saved in the goal. So far most were blocked or misses the goal entirely. Inter nearing the eighty-minute mark make subbing number two as Candreva comes on for Politano. Chiesa in the last three minutes of the match takes a shot with the left foot but the ball goes to the right of the goal. Inter a few minutes later make their last substitution as Valero comes on for Radja. Near the end of the match is where controversy would strike as Fiorentina were given a penalty after a handball from D’Ambrosio which clearly didn’t hit his hand but after VAR review it was given to them which Vertout converts making things evened up once again. With that, the match ends as both sides come away with a point each. This now puts Inter two points back between them and Milan and only three points behind Roma. This result wasn’t bad but it wasn’t great either.

Luciano Spalletti beyond belief after the outrageous penalty decision

This result could’ve been much better as they clearly had the two-goal lead but they let it get away from them. If they defended the ball better they could’ve had the win. But in the end, it was the bogus penalty call that eventually screwed them over. Especially as fans and everyone else has re-watched the replay and the ball hit his chest, not his arm. But to give credit where credit is due Fiorentina fought to the end to salvage a point though they even knew that it shouldn’t have been a penalty but deserved a draw none the less as they worked their butts off to earn it.The man of the match goes to Politano who not only gave Inter their first lead of the match he was good at passing the ball to his teammates. He also assisted chances as well. Slowly he is showing he belongs with the club and should be signed at the end of the season. Inter in their next match will travel to take on fourteenth place Cagliari which Inter beat at the start of the season and look to take the season sweep from them. As always until the next one FORZA INTER.

Man of The Match: Politano