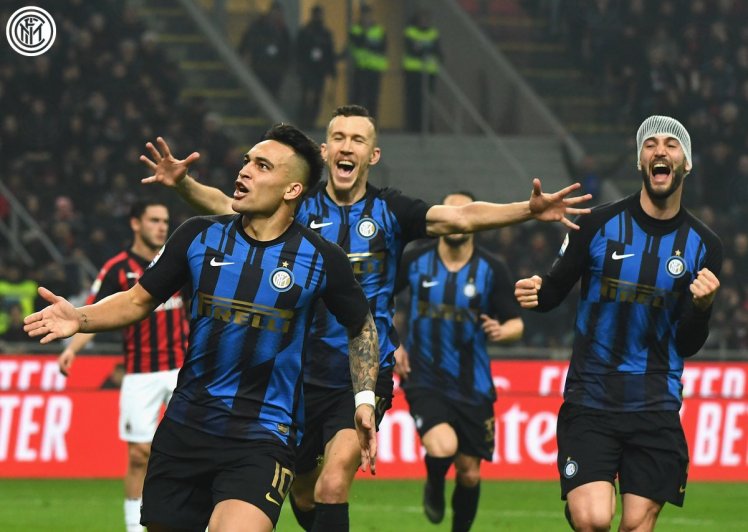 After getting knocked out of the Europa League Inter take on their rivals across the pitch Milan. Besides the Roman derby this is one of the most historic rivalries in all of football. Overall these sides have met over a hundred times in various competitions and Milan have won majority of the matches. But last season Milan won the season sweep with a win and a draw. Inter have been struggling as of late as they had a solid gap in third place but they slowly let it get away from them which would see them lose that spot as Milan overtook them after getting some momentum as they started the season off weak but got the momentum they needed to get in third position. Inter in this match will look to get their spot in third back while Milan look to keep and increase their point lead over Inter. Inter will need to make sure to keep Milan’s chances limited as they are strong in that area that and they will use the whole pitch to create those chances. They are good at winning the ball in the air and will also use that to their advantage so Inter will need to be on high alert in those areas. They will also need to make sure when they do create chances of their own they will need to be able to finish them along with getting them in the back of the net which they have been inconsistent in this area. Inter will have their work cut out for them as they have some of their key players out with injury but the worst case is they get a draw but more than likely Milan will win this match as they are more consistent and are the stronger side but hopefully this doesn’t end up being the case as Inter critically need the points. In the first half Inter early on got things started on a high note as mere minutes into the half Inter put themselves on the board as Vecino fires the ball into the back of the net giving the home side the 1-0 lead. Milan looked for and equalizer after the opening goal. But Inter were able to hold them off as the half ended with Inter up 1-0 on their noisy rivals. In the second half Inter added to their lead as early into the half Devrij puts the ball in the net making things 2-0 to Inter but Milan weren’t going to go down without a fight as Bakayoko gives his side some life making things 2-1. Awhile later after Martinez would get tripped up converts a given penalty as they took the two goal lead once more. Four minutes later Musacchio lands one in the net making it a one goal lead again. After more chances between both sides Inter would hold on as they won the match 3-2 putting them back in third place. 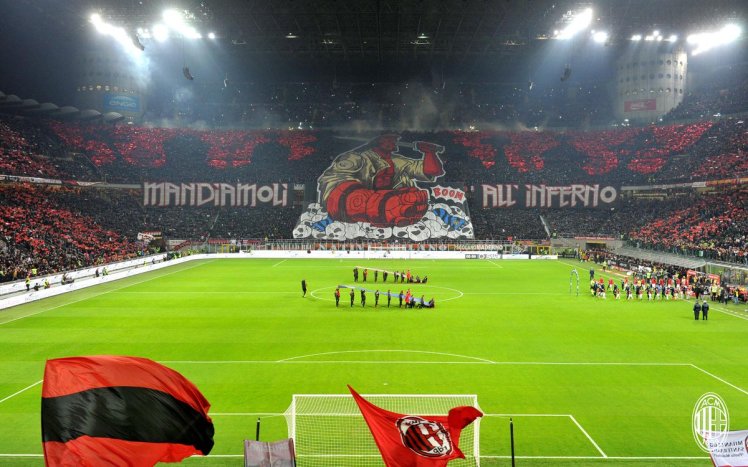 Inter in this match looked to take a different tactical approach as they would change from the 4-2-3-1 formation to utilize the 4-3-3 formation. This is a change as usually Spalletti is a human of habit and usually sticks with the same things such as formation and players. But he may see something and the need for the formation switch. Hopefully this change isn’t a mistake. In goal is captain Handanovic. He as become the leader this squad needed as the team has become more cohesive and have a winning mindset now which is one thing that Icardi struggled to do. On the defense we see the usual cast starting of on left back is Asomah who has really given a positive example to the once inconsistant defense showing them how the defense needs to work. In the middle is the strong defensive duo of Skriniar and Devrij. Then capping them on the right back is D’Ambrosio. On the defensive midfield on the spot of left wing back is Vecino. On center back you have none other than epic Brozovic who as helped score and assist goals in crucial moments along with defending the ball as well. Then on right wing back is Gagliardini. Then on the attack on the left wing is Perisic. In the middle who as really done a great job taking over for Icardi is his under study Martinez who as become a real threat against certain clubs but once he gets more time he may become a threat to all comers then on the right wing is Politano who as shown why he deserves to stay at the club at the end of the season. This is a solid lineup but Milan are a strong and will fight their way through Inter’s defense and will try and stop the offense in their tracks so Inter will need to be on guard at all times. 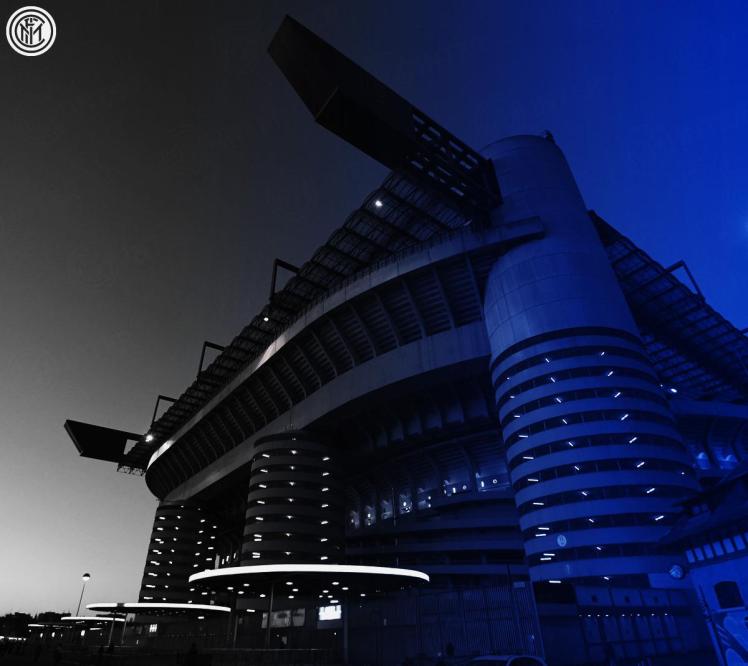 Following bets and final preparations this match gets underway. Three minutes into the match Inter started things off with a proverbial bang as Vecino lands a red hot shot from a close area inside the box to the very top center of the goal giving the homeboys the lead. A few minutes later Milan looked to get the equalizer as Lucas from outside the box clips the ball with his foot but Handanovic is right there and saves the ball in the lower left corner of the goal. Following the ten minute mark Perisic looked to add to their lead with a shot from the center of the box but it is blocked a minute later this is followed up with Brozovic taking a chance of his own but his attempt is also blocked. So far Inter are in firm control of possession but scoring chances as well. They are making sure to keep the pressure on Milan and not letting them get any breathing room to create chances of their own. Vecino later takes a header from the center of the box but it gets blocked but Milan is working left and right to block Inter’s advances as they are the dominant side this half. In the twentieth minute Milan get their second chance of the match as Lucas from the center of the box takes a header which misses the goal. This is then followed up with a attempt from Politano who gets a chance saved in the center of the goal. With fifteen minutes to play Vecino misses the goal following a shot from the center of the box. Hakan minutes later set up two different chances which both get blocked. Inter with four minutes left this half looked to add to their lead with Skriniar taking a header which goes to the right of the goal and then with one last chance three minutes later Vecino misses the goal to the right as well after a shot from the right of the box. With that the half ends with Inter dominating the first half as they lead the match 1-0.

Following the break this match resumes with Milan in the hunt of an equalizer with Inter looking to put this match to bed. Minutes into the half Inter just like the first half looked to take advantage and add to their lead as Gagliardini from the left of the box takes a chance from a long distance but his chance is saved in the top right corner. A minute later Martinez from the center of the box takes a shot but it gets blocked. Shortly after Inter add to their lead as Devrij lands a header from the center of the box after an assist from Politano lands in the lower right corner as Inter take a two goal lead. Inter have done a solid job keeping Milan at bay. But Milan however weren’t going to go down quietly as Bakayoko lands the ball in the back of the net from the center of the box now giving this match some life. Perisic a few minutes later takes a shot from the left of the box but the misses to the right. Near the seventy minute mark Politano would draw a foul which in essense wasn’t a penalty which gave Inter the chance to give themselves the two goal lead once again and they did just that as Martinez lands the ball in the lower left corner. But in this half Milan have picked up the intensity and have controlled the ball in Inter’s half of the pitch along with creating more chances. Mateo after the seventy minute mark lands a shot in the center of the goal now making the score 3-2 with Inter still with the slim lead. A few minutes later Inter make their first subbing as Valero comes on for Brozovic. Then in the eighty fourth minute they make their next subbing as Candreva comes on for Politano. This is followed up with a shot from Martinez but the ball goes to the right. Piatek a minute later misses a shot from the center of the box. In the final minute Inter make their last subbing as Ranocchia comes on for Vecino. A few minutes later in stoppage time Cutrone looked to salvage a point with a shot from the center of the box and it gets blocked with that the final whistle blows as Inter come away with those much needed three points as they top and silence their noisy neighbors.

This was a huge win for Inter as they have a tough five matches ahead starting with Lazio after the international break. They did a solid job throughout the whole match. They made sure to create chances often which they did but not only that they finished most of them as well. Inter also defended the ball well despite those two goals Milan scored. But credit where credit is due Milan you did a great job fighting back and showing why this is one of the most historic rivalries in all off football. The man of the match goes to Politano who helped with assist and creating chances of his own. He also defended the ball where needed and got the ball where it needed to go. But overall the team performed very well though they could’ve defended the ball in certain areas but overall good performance. Their next match will be against Lazio who they drew against in the first half of the season They could win this but a draw wouldn’t be out of the question. As always until the next one Forza Inter.