Following their win against relegation side Frosinone Inter take on fifth place Roma in the next installment in a derby I like to call the Derby Del Sibling. As my editor and person I call a brother will be writing about this match but from the perspective of Roma as he as been a supporter of Roma since he was a kid. Roma themselves are coming off a win against Udinese. Inter in this match are looking to keep their position in third place. Roma on the other hand are looking to get a top four finish. The last time these two sides faced off in the first half of matches they played to a 2-2 draw. In their past six matches three of the matches ended in a draw. But win wise Roma have the advantage winning two of them compared to Inter’s one win. Inter in this match are the clear favorites but Roma are not going to go down without a fight. Here is how these two sides square up in this Saturday night matchup. 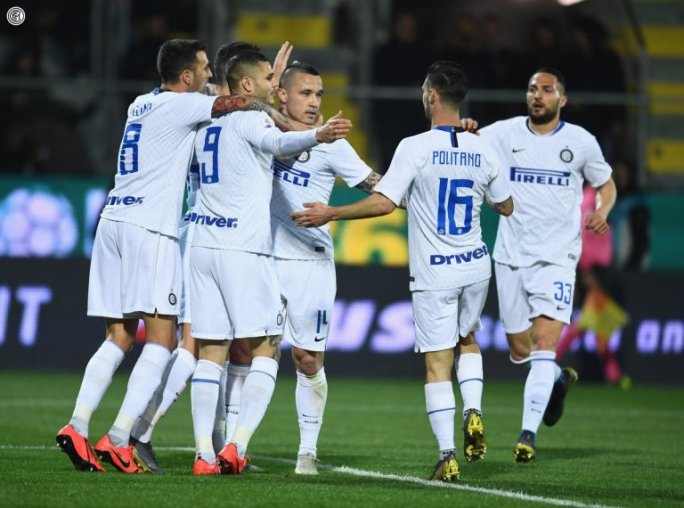 Out on the injured list this week is Brozovic. Ever since Handanovic took the captains band this club as turned itself around. The team as become more cohesive and they are geling better together as well. He also is the leader in clean sheets. Defensive wise this is the strongest it’s ever been but the problem though is they still need to work better against stronger clubs. With such things as stealing the ball from them along with maintaining possession. They also need to block their chances as well. But there are two key players on the defense however who are more consistant in this area they are Skriniar and Devrij who are the anchor of the defense as they keep opponents at bay. On the defensive mid Gagliardini as come to life again as he has scored several goals as of recent matches but when he is healthy Brozovic as struggled since he’s been on a scoring drought since the World Cup and last season. If he doesn’t score soon he may be out at the end of the campaign. On the attacking side of things Perisic as been linked to a summer exit but besides the goal here and there he hasn’t done much he creates scoring chances but has had a hard time finishing them. Radja when he’s healthy has added much needed help to the midfield but he is a shell of his former self as he doesn’t score many goals but he is good with assist. Politano is the stronger player in this area as he has goals under his belt and assist. In the forward position Martinez is the stronger striker it seems as of late as Icardi no longer shows passion for the club. But since Martinez won’t start as he is still recouping from injury. The key player will be Politano who is strong at creating chances and assist and if Roma don’t isolate him Inter could be missing out on those much needed three points. 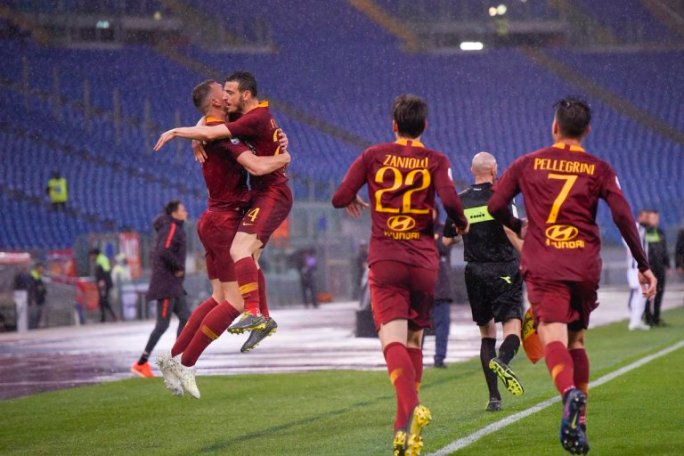 Roma have been hit and miss this season but have done a solid job maintaining a spot in the top five. On the injured list is former Inter defender Santon. Karsdrop and De Rossi. There are several defenders that Inter will need to focus on as they will do everything in their power to make sure they don’t score. The first is Kolarov who has seven goals this season he is one of the anchors on their defense. Two others they need to beware of are Florenzi and Manolas who are strong at blocking shots and stealing the ball which is one thing that Inter need to keep in check. On their midfield they need to beware first and foremost is a player who knows Inter well is their former youth prospect Zanilo who as found himself at home at Roma he has florished into an amazing player who has four goals and does a solid job creating chances along with assisting. Other players who are strong in the same aspect are Cristante and Under. Under is an icredible young player with a huge furture in front of him. Pellegrini is also a strong midfielder as well. Forward wise there is a huge list of players that are huge threats to Inter as most are scoring machines. They are Perotti, Schick, Dzeko and the player who will be a huge threat is Shaarawy who are all strong goal chance takers and they do a solid job finishing them as well which they are better than Inter in this area.

Inter in this match will need to execute those scoring chances. They will also need to maintain possession of the ball along with blocking Roma’s chances. Roma will look to do the same as well. Tactic wise Roma are strong in the air which is a weakness of Inter they need to work at winning areial duals. Roma are strong in creating chances through a few key areas such as through balls and individual skills but with the individual skills they are more prone to individual errors which is a key concern for them. They create chances using long shots but on the flip side they struggle to defend long shots when they are used against them. They also struggle to defend through ball attacks as well. Inter can also utilize the wings which Roma struggle to defend at times. Most of the season if Roma take the lead in a match they have a hard time keeping it as most either end in a draw or a slim win. This match will not be an easy win not by any means. This will be a back and forth match and with strong attacks from both sides. More than likely this match will end in a draw but a win is slim for Inter but possible if they do what is needed to get the job done.

Ps to my brother and Everything Roma Blog may the best team win.