Following their draw against title winners Juventus Inter travel to take on Udinese. Udinese on the other hand are coming off a loss to Atalanta. Inter beat Udinese 1-0 at the start of the season. In this match still are on the hunt to secure a third place finish as Atalanta are only three points behind them. They will also look to take the season sweep away from them as well. Udinese on the other hand are in the hunt for a better position to finish in. The next few matches are must wins for Inter if they want to finish the season strong.

Inter have improved slowly against stronger clubs but they still have a long way to go before coming a threat for the title once again. Defensive wise Skriniar and Devrij still prove that they are the strongest defensive players on the squad. They still are solid on blocking opposing teams chances along with stealing the ball away from them. D’Ambrosio is still the weak link allowing gaps which have allowed teams to potentially score. Asaomah is a shell of his former self but he has his moments where he continues to show he is a solid defender. On the defensive midfield Brozovic has been subpar along with Vecino and Valero. Gagliardini when played in this position is the strongest in this area. On the attacking side of things Perisic is hit and miss still lacks in finishing scoring chances but he is good at assisiting along with creating chances. Radja is the same way but when he does score he makes it look flawless. Politano seems to be the stronger attacking midfielder but he still has a long way to go. The key threat in this match if he starts will be Martinez who is becoming a threat in and out of the box he is solid at taking scoring chances and is the more consistant finisher if not put on lockdown he will run all over Udinese.

Udinese defensive wise have two key players who will do well in this match. Wilmot and Ter Avest are their best defenders they do a solid job blocking chances and stealing the ball away from their opponents. They will cause Inter problems if they’re not careful. But overall defensive wise they are weak at least against stronger sides. On their midfield Depaul, Alessandro and Sandro are strong goal chance takers. They are good in and out of the box but mostly they are good at assisting. But the main player on Udinese that is going to be a key threat in this match will be Lasagna who is the clubs main goal scorer with a total of six goals.

In this match Inter will need to finish those scoring chances along with keeping possession of the ball. They will need to also steal the ball when Udinese get the ball. Udinese will also need to do the same as well. Inter will need to focus on winning the ball in the air as they are strong in that area which is a area that Inter are weak in that area. They are strong on counter attacks as well. They also struggle with individual player errors. This match for Inter should be a win as they have won five out of their last six matches against Udinese. Anything less is a disappointment. 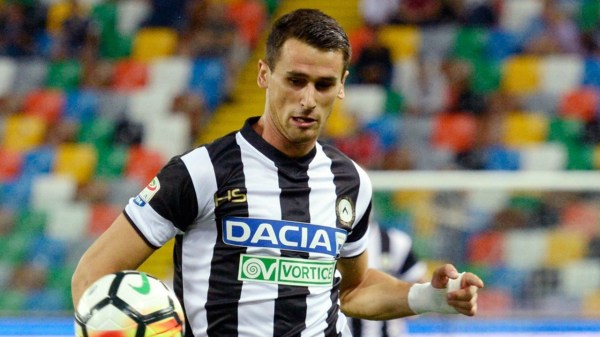