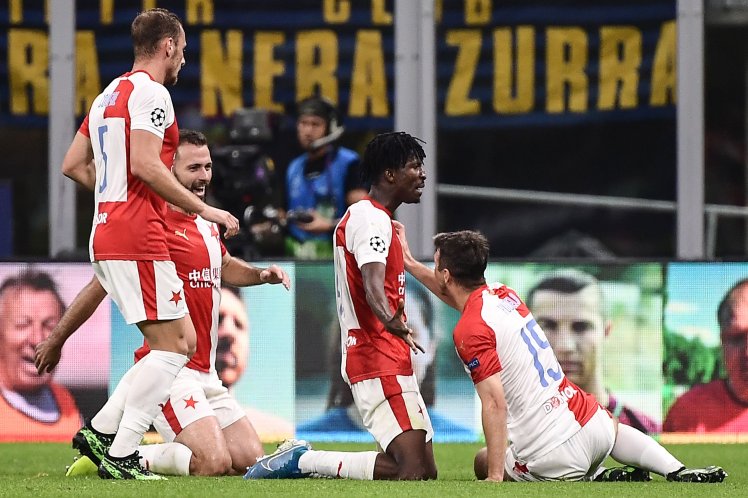 Welcome everyone to the start of the 2019-20 Champions League. This year Inter Milan are in the group of death with Borussia Dortmund, Barcelona and in this match they’ll be taking on Slavia Prague. Both Slavia Prague and Inter Milan currently sit a top the table in their respective leagues. Inter are in back in the Champions League since last season. Slavia Prague however haven’t been in the Champions League since the 2007-08 season which was their first ever time in the competition. Inter haven’t won the Champions League since their illustrious treble win back in 2010. This is also the first time these two clubs will face each other. Inter in this match will need to maintain possession of the ball which is something they should not have a hard time with as they play possession style football. They will also need to continue finishing their chances after there created and capitializing on them. Defensively they need to maintain the usual culprits such has stealing the ball and blocking chances. Slavia Prague however will need to stop Inter’s advances and maintain possession of the ball themselves but one way they can detour their chances is by using their weakness the offside trap which Inter will need to keep an eye out for. This maybe the only club Inter will have a chance of beating as the other two in this group will more than likely be the clubs that send Inter down back to the Europa League. In the first half Inter would have the slight momentum in both possession of the ball. Both sides did a great job creating chance along with defending the ball. The half ends in a draw. In the second half both sides continued their momentum on each other but after the sixtieth minute Slavia Prague broke the deadlock with a goal from Peter Olayinka burying the ball into the back of the net giving the visitors the 1-0 lead. As this match was heading to a Slavia Prague win Barella sends the ball into the back of the net making things all square and with that the match ends in a 1-1 draw. This gives both sides a point in a horrible start to the Champions League this was one match they needed to win. 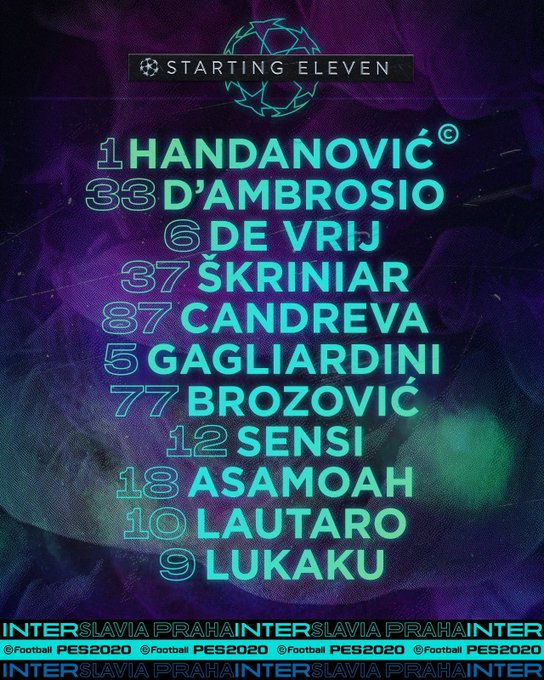 In this match Inter revert back to the 3-5-2 formation. In goal is key starter Samir Handanovic who was last season the golden glove winner. On defense in the dynamic duo of Milan Skriniar and Devrij. Then capping them off on the right that may be an issue to the defense is D’Ambrosio in the defense they should’ve played Rannochia who is more consistent defensively. In the midfield On the left back is Asoamah. On the defensive midfield is Sensi who is showing his worth by helping the club not just defensivly but offensive as well. Also on the defensive midfield is Gagliardini. In the center is Brozovic who is coming back to life as a player who was struggling to get any momentum last season. Then capping them off on the right hand side is Candreva who is getting a second life in the squad but he can cause to many fouls which he needs to keep in check. Up top on the striker positions are the duo of Martinez and Lukaku who work well together. This is a solid lineup but will it be enough to get the job done? 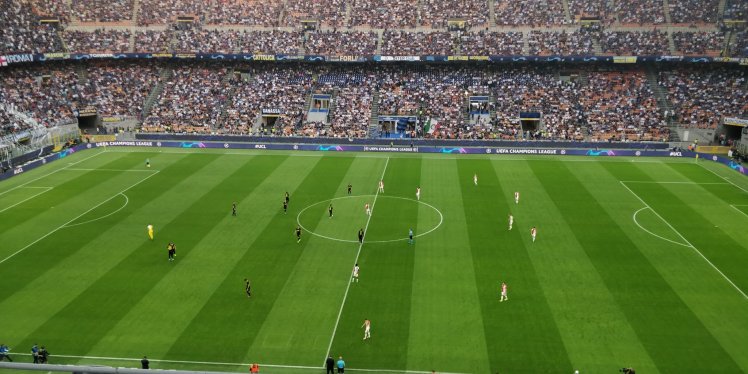 After final bets and predictions the lineups are released as this match commences. Nicolae seven minutes in takes a long range missel shot from a long distance but Handanovic saw it coming and saves it in the lower left corner of the goal. A minute later Peter following a cross from David takes a header but in the center of the goal. After the ten minute mark Inter get their first chance of the match as Devrij lands a header from the center of the box but the ball goes over the crossbar. Candreva minutes later misses a shot from outside the box as the ball goes to the left of the goal. So far Slavia are taking it to Inter in way of scoring chances despite both sides holding close to even in possession. Lukaku after a cross from Candreva takes a shot from the right of the box but it goes over the crossbar. Seven minutes later Gagliardini takes a shot but he was caught offside. With ten minutes to go in the half D’Ambrosio following a pass from Brozovic takes a shot from outside the box but the ball goes over the crossbar. The half ends with a 0-0 draw if Inter can pick up momentum and covert on their chances they can possibly win this match. 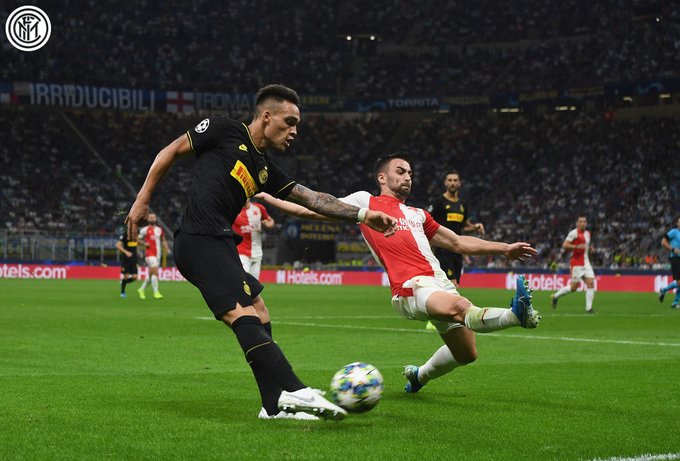 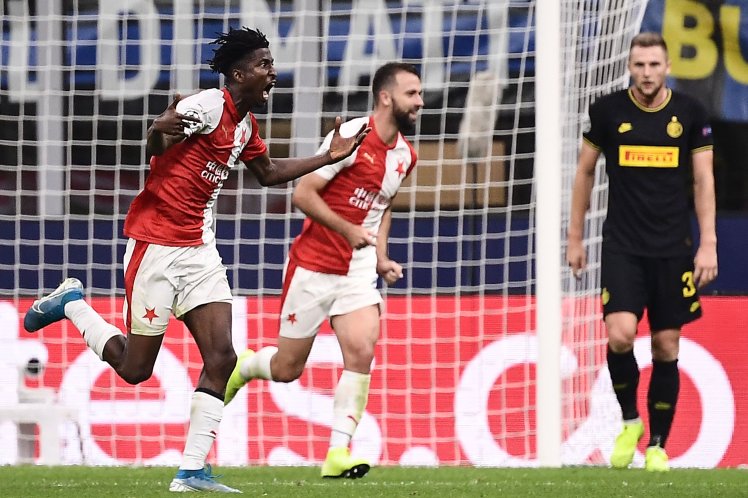 This was a a terrible result for Inter while Slavia get a huge result. Also a side note Barcelona and Dortmund drew in their group match as well. Both sides in this match did a solid job creating and finishing chances though Inter had the edge in both chances and possession. The mn of the match goes to Sensi who did a solid job creating and assisting chances along with playing solid in the defensive roll blocking and stealing the ball from Prague. Inter in their next Serie A match will be taking on Milan and then the next Champions League match take on Barcelona as always Forza Inter.