Following the first international break of the season Inter welcome visitors Udinese who are coming of a loss. The last time these two sides faced each other Inter would win the season by a win and a draw. Overall Inter have won four out of their last six matches against them. Inter will look to make it three matches in a row while Udinese look to get their second win of the campaign. Inter in this match will need to do the usual finishing scoring chances and making sure they maintain possession of the ball. Also they will need to maintain their dominence in the oppositions half of the pitch which is where they mostly control the game. One thing they will need to beware of is Udinese utilizing the offside trap to detur some of their chances as they struggle in this area. Udinese will need to do the same and press Inter for the ball as they have a hard time keeping the ball away from stronger opponents. This match should be another win for Inter as they are the stronger team and they are playing at home where they dominate. In the first half things started off slow but Inter like always took hold of the possession early and they also dominated the scoring chances only by a slim margin with having five shots compared to Udinese 2. Before the half ended in stoppage time Sensi lands the ball in the back of the net making it 1-0 to the home boys Inter. In the second half Inter were running on all cylinders as they were taking chance after chance after chance trying to put more goals on the board. But Udinese were at the ready blocking and saving Inter’s onslaught of chances. But Inter held on and got their third win in a row as they show no signs of letting up.

Inter in this match are utilizing a 3-4-2-1 formation different from their 3-5-2 formation they’ve been using in recent weeks. But there are however some player switches worth noting. In goal is none other than Handanovic. On defense on left back is Skriniar and next to him returning from injury starting over Ranocchia is Devrij. Then on the right making his first start of the season is Diego Godin. On the defensive mid on left is Asomah who is proving no matter how old you are you can still be a vital part of a team. In the center is Brozovic who has been leading the charge in creating and assiting scoring chances. Next to him getting his first start is Barella who is looking to prove himself and showing he belongs in the squad. Capping them off on the right who has come along way since the last few seasons Candreva. On the attack is Sensi who has also made himself known by creating chances and even scoring some goals. Next to him is Politano. Up top is Lukaku who is silencing racist haters scoring goals and doing what is needed to get the job done. This is a winning lineup but they do need to beware of DePaul who is a strong goal scorer and who looks to sneak a few past Inter’s defense. 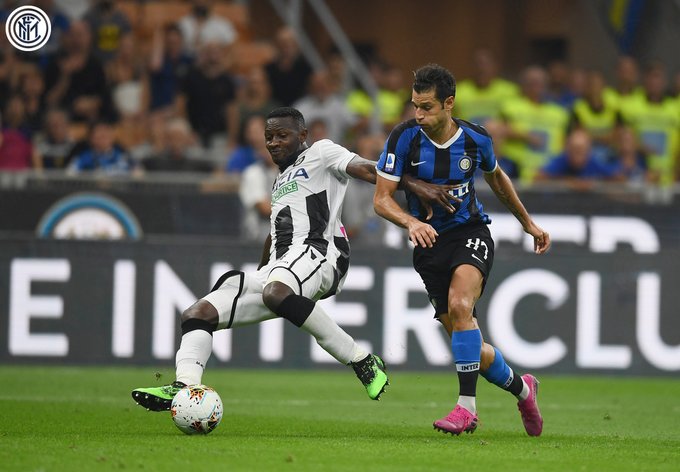 A minute into the half Inter make their first subbing of the match has Gagliardini comes on for Barella. After the fiftieth minute Lasanga takes a shot from the left of the box gets saved in the top left corner. Seko a minute later takes a shot outside the box but the shot gets saved. Politano moments later gets a shot saved after an attempt from the right of the box. Near the sixty minute mark Politano takes two back to back shots which both get blocked. Inter in the sixty fifth minute Inter make their next subbing as Martinez comes on for Lukaku Inter are doing a solid job creating chances. Gagliardini looked to give Inter another goal with seventeen minutes to go but his shot goes over the crossbar. With ten minutes to go Politano suffered an injury which sparkerd Inter’s final substitution as Sanchez comes on for the injured Politano. With five minutes to go Udinese had one final chance to get on the board as Pussetto takes a shot from outside the box but is saved in the center of the goal. Inter would hold on and win this match 1-0 giving them three wins in a row. 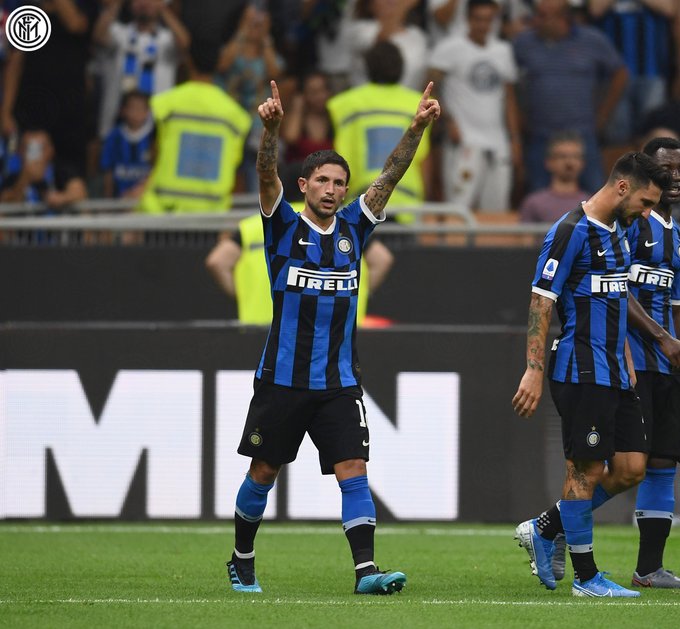 This result was to be expected; but to be honest it was a hard fought win as Inter weren’t really doing anything until the main threat Depaul was sent off due to a bad foul. Inter once the threat was removed were on fire. They created loads of chances despite the one goal Udinese were all over them defensively. The man of the match is Sensi who did a great job setting up chances for his teammates and scoring the match winning goal he also did his best to block the few chances Udinese had. The next match Inter will be facing Salvia Prague in their first match of the Champions League. As always until the next one Forza Inter.