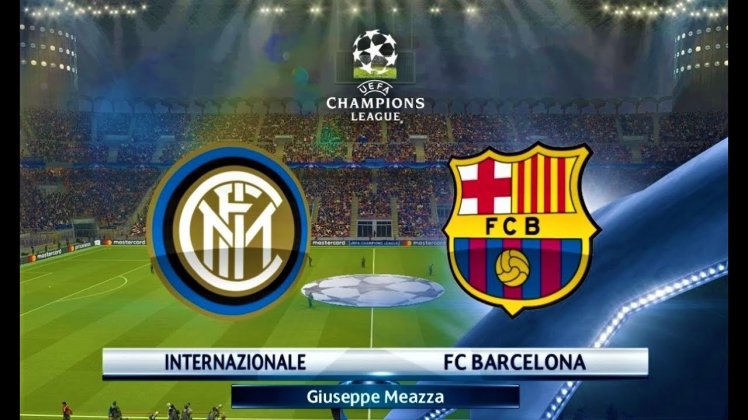 After their draw against Slavia Prague in the Champions League Inter take on their next installment in the competition against Barcelona. Last time these two sides faced each other they played to a 1-1 draw. Overall Barcelona have won three out of their last six matches against Inter. Inter currently sit in first in Serie A while Barcelona sit in fourth in La Liga. This match will be a difficult one for Inter as Barcelona are a strong side and will do everything in their power to make sure they move on to the knockout stages. Inter will need to hold Barcelona to their half of the pitch because if Barcelona are allowed access to Inter’s half that’s where they are the most deadly especially if they get inside the box. Both sides are known for their possession style football which will make this close in ways of that aspect. Chances wise both sides are solid in creating them but finishing them and capitializing on them the edge goes to Barcelona who are strong in this area. Defensive wise they will really need to be on top of blocking Barcelona’s chances along with stealing the ball and setting up strong counter attacks and capitalize on them. This match will more than likely end in a Barcelona win as they’re the stronger side but hopefully things go in Inter’s favor. In the first half of the match Bareclona as expected took hold of the possession and creating chances that wasn’t going to keep Inter down as two minutes into the match Martinez lands the ball in the back of the net putting them up 1-0. Both sides contunued to go at each other as the half ends with Inter up 1-0. In the second half Barcelona fired up all cylinders as they were putting chance after chance past Inter. In this half Suarez finds the back of the net twice giving them the 2-1 lead. With that Inter drop points as the Champions League continues on.

In this match Inter use the 3-1-4-2 formation. In goal is key starter Handanovic. On the three man defense are the duo of Skriniar and Devrij who even in this formation continue to be a force to be reckoned with. Capping them off on the right is Godin who is the best player for this position. The solo player on the defensive midfield is Brozovic who has a total of two plus goals this season. On the attacking side of the spectrum on the left wing is Asomah. In the center midfield is Sensi who week after week continues to prove why he belongs on this squad scoring in majority of Inter’s matches so far this season. On the right wing is Candreva who is slowly improving. Up top is the duo of Martinez and Sanchez this is the first time we see these two play together. This is a ok lineup in theis match it would be better to play a 4-2-3-1 formation as they need that extra defender but overall this is a decent formation. The key issue is to stop Suarez and Messi who will look to help send Inter packing to the Europa League. 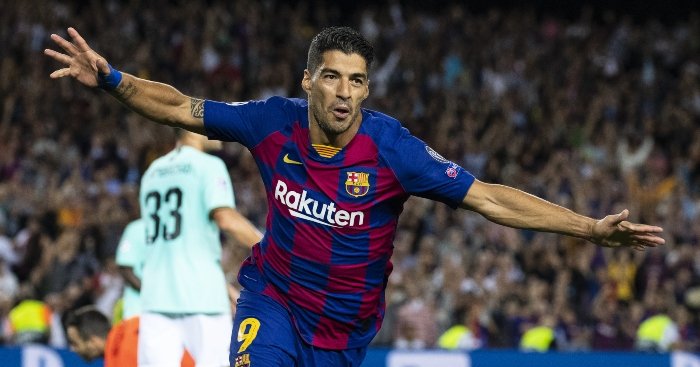 Following the break this match resumes. Six minutes into the half Messi gets a shot blocked from outside the box. Three minutes later Vidal takes a shot from the center of the box but his shot gets blocked. A few minutes later Suarez from outside the box lands a shot in the lower right corner making things all square onces again. Martinez takes back to back chances one of his shots gets blocked and the rebound shot gets saved in the center of the goal. Griezmann misses a shot from the left of the box as the ball goes to the left of the goal. Barcelona are taking things up a notch as they aren’t going to let Inter get room to get points. In the sixty sixth minute Inter make their first subbing of the match as Gagliardini comes on for Sanchez. Dembele misses a shot from outside the box as the ball goes to the right of the goal. This is followed by Inter’s next subbing as D’Ambrosio comes on for Candreva. D’Ambrosio misses a shot from a long distance as the ball misses to the right. With eleven minutes to go Politano comes on for Sensi. With six minutes to go in the match Suarez lands the ball in the lower right corner from the center of the box giving Barcelona the 2-1 lead. With that the match ends with Barcelona getting the three points as they are tied with Dortmund in the group table. 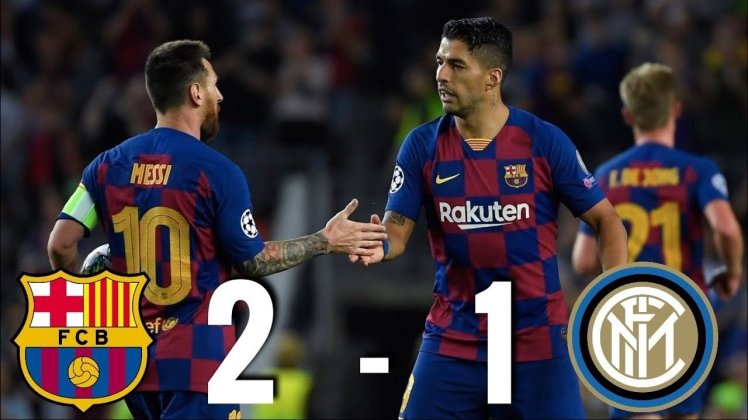 This result was to be expected as Barcelona are strong and have won two Champions League matches in the past six seasons and want to add another to their cabinet. Attacking wise Inter did a great job creating and finishing chances. But however they struggled to capitilize on several important ones after their first goal. If they were able to capitialize on more of those chances this match could’ve had a different outcome. Defensive wise they did a solid job blocking Barcelona’s chances but they needed to do a better job which allowed two of Barcelona’s goals. Inter in their next match will take on eight time Scudetto winners Juventus and next in the Champions League will be Borrussia Dortmond. As always until the next one Forza Inter.