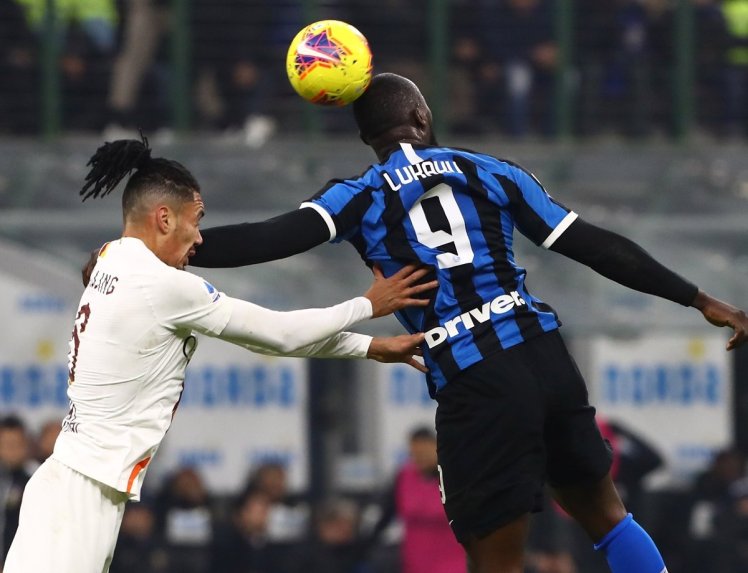 Following their recent string of success Inter take on Roma. Roma on the other hand had a rocky start to the season but have bounced back as they now sit in fifth place. The last time Inter faced Roma they played to a 1-1 draw. But overall most of their past six matches against each other have ended in a draw but Roma however win wise lead with two victories compared to Inter’s one. In this match Inter look to maintain their place in first position but Juventus are still hot on their heels as the title race intensifies. Roma will be looking to continue to move up in the league standings as they look for a spot in next years Champions League. Here’s how these two sides stack up in the first match of Serie A matches this weekend. In this match Inter will need to make sure to keep Edin Dzeko isolated if they don’t do that it could be game over for Inter. They will also need to make sure to capitialize on their chances. Also they will need to block Roma’s advances and steal the ball and break away fast on the counter attack. Roma however will need to isolate Martinez as he’s fast and he’s consistant. He is a threat inside the box where he’s the most dangerous. This match will be a close more than likely a draw can be expected but win wise Inter have the slight advantage. In the first half both sides had very limited chances because this match was a mostly defensive one. Things would be back and fourth but Inter came away with the most chances in the half. The same would be said of the second half as well but overall things were even between these sides the whole match as the match ends in a uneventuful 0-0 draw. 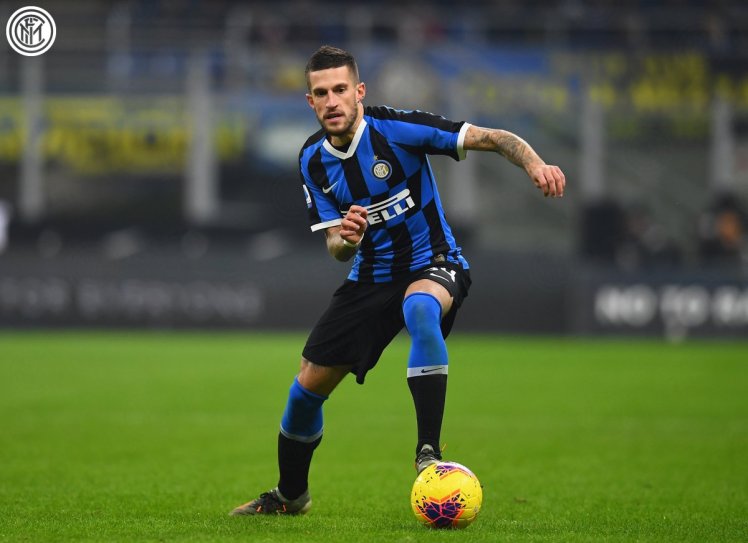 Inter stick with the 3-5-2 formation but there are several player chances to make note of. In goal is the captain Samir Handanovic who looks to add another clean sheet to his list in this match. On the back three on left center back is Skriniar and on center back is Devrij who completes the defensive duo that as proved time and time again why they’re a force to be reckoned with. On right center back is Godin who as helped when he plays by making sure he blocks opponents chances and stealing the ball to set up counter attacks. On left wing back is Biraghi who is hit and miss so far but he is improving as a overall player. On the midfield on right midfield is Brozovic who is still the only player in the midfield to yet get a break and it is starting to show as he is getting slow but he is a player to quote my good friend Nima who said this in his podcast Studio Inter “if he has a pulse he’ll play.” In the center getting his first start of the season is Valero who has been on the bench most of the season. Capping the midfield off on the right is Vecino. On right back is Candreva who as improved himself. Up top is the killer duo of Lukaku and Martinez. This a solid lineup considering the injuries plauging Inter’s midfield they need to beware of smalling who is good at isolating players from getting chances. 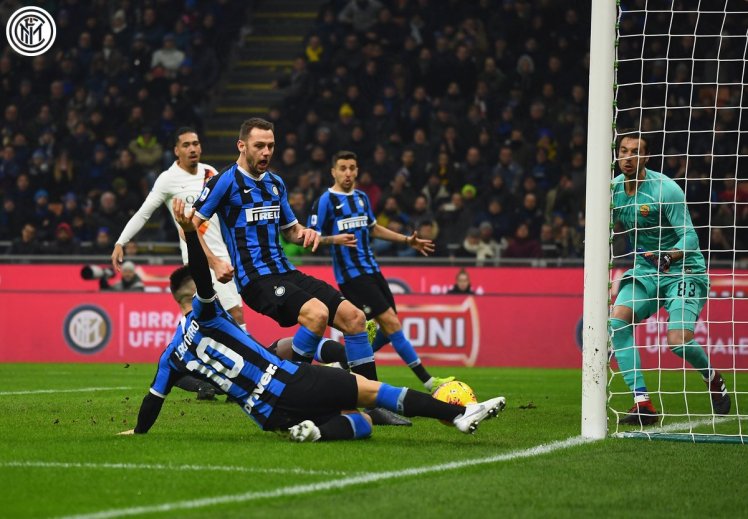 On a clear and starry night in the heart of Milan this match is about to get underway following final warm ups and lineup introductions. Seven minutes in Inter would get the first chance of the match as Lukaku takes a shot from the center of the box but the ball gets saved in the lower left corner of the goal. Two minutes later it would be Roma’s turn as Perotii lands a shot from the outside the box but Handanovic quick thinking saves the ball in the lower left corner. This match so far is back and forth as both sides are sharing even possession at this point. It wouldn’t be until the twenty minute mark until another shot was made as Zanilo gets a shot saved after taking a shot from the center of the box. Thirteen minutes later Martinez fires a shot from the center of the box but the ball goes to the right of the goal. Minutes later team mate Brozovic had a great chance to score from outside the box but he kicked the ball to hard as the ball went over the crossbar into the stands. In the final minute of the match Candreva suffered what seems to be an apparent lower back injury forcing Inter to mak their first substitution of the match as Lazaro comes on for him. This is something Inter doesn’t need as their midfield is already weakend as it is and hopefully this injury doesn’t set Inter back. With that the halftime whistle blows with both sides holding even at 0-0. If Inter can pick up momentum this match could be theirs for the taking. 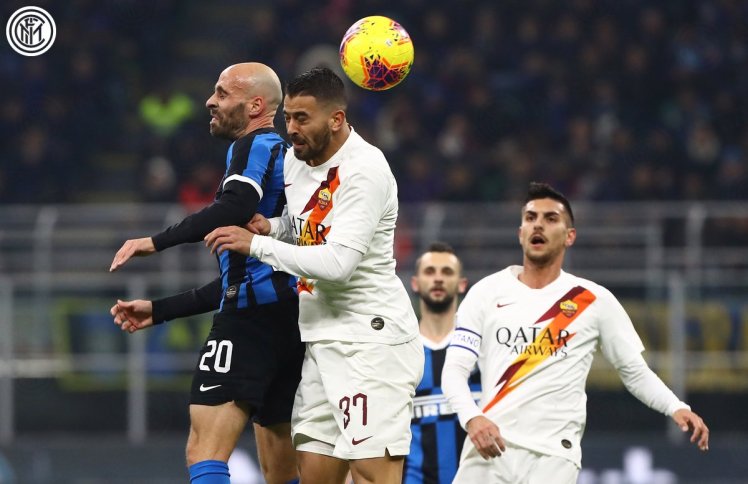 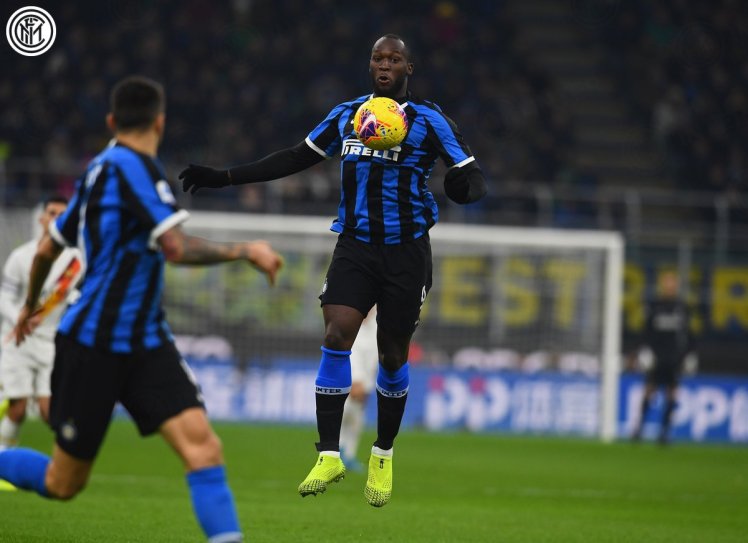 This result wasn’t out of the realm of possibilities but to be honest Inter should’ve won this match. But there were way too many wasted chances especially the shots that were on target. So in defense Roma earned the point as they did a great job defensively. This also moves them into Champions League contention. This match over all was based on defense rather than offensive as there were only a total of fifteen chances between both sides. The man of the match goes to Godin who did a great job blocking Roma’s chances and he made sure he stole the ball to set up counter attacks which they were able to create chances from. But honorable mention to Handanovic who maintained a perfect clean sheet. Inter in their next match take on Barcelona in their last match in the group stages of the Champions League if Inter lose they gets sent packing into the knockout stages of the Europa League. As always until the next one Forza Inter.