After their win against Fiorentina in the Coppa Italia Inter travel to take on fourteenth place Udinese. Udinese on the other hand are coming off a loss. The last these two sides faced each other at the start of the season Inter won the match 1-0 but overall have won four out of their last six matches against them. Inter in this match will look to gain ground on Juventus once more as they dropped points in a loss to Napoli last week. It will be difficult for them but if they are determined and Juventus continue to drop points it’s possible. As there is still plenty of football to play after this match is over the Scudetto race is far from over. Udinese will look to move up in the table. Inter will have the upper hand going into this match overall as they are strong at creating chances and have significantly gotten better capitializing on those chances. Defensive wise they are getting better at blocking opponents chances and stealing the ball from them. However the only player they need to be concerned about is DePaul who is the main goal chance creator for Udinese. If they don’t keep him contained he can break away fast and set up stellar chances especially inside the box. Udinese will need to keep Inter’s chances limited and make sure they finish their chances. In this match they need to keep an eye on Lukaku who is slowly becoming a stronger player. But overall this match should be an easy win. 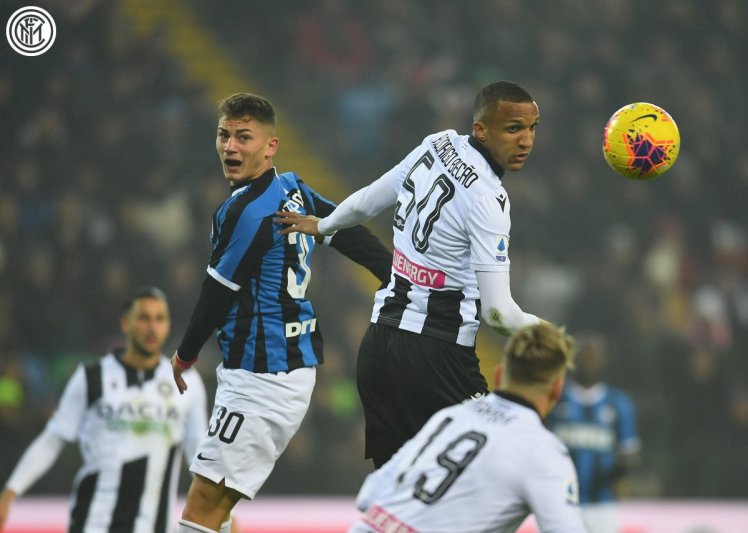 In this match Inter change to a 3-4-1-2 formation but with some player switches. In goal due to a injury to Handanovic Padelli takes the helm. On the defense are the pairing of Skriniar and Devrij. Also Bastoni joins them on the back three. On the defensive midfield are making his league debut Ericksen. In the middle is the duo of Barella and Vecino and capping them off Moses. Then solo on the attacking midfield is Ashley Young. Up top the duo of Lukaku and Esposito. 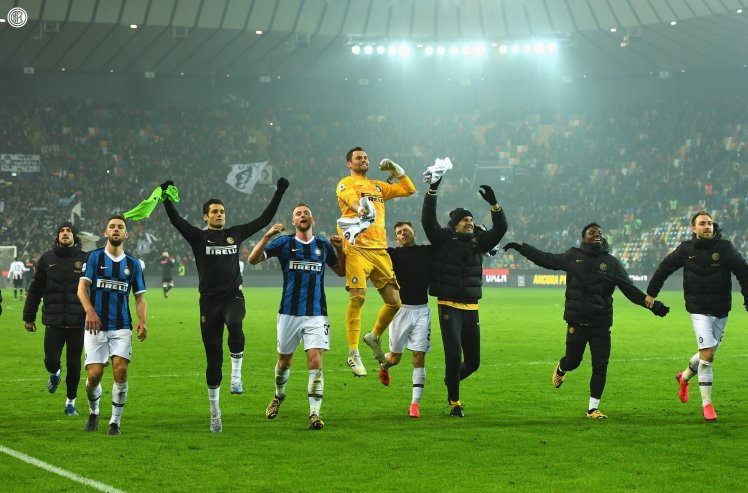 In the first half things would be scoreless despite both sides creating a ton of chances. But in the second half is when things would heat. Both sides would continue to create chances. But Lukaku would score two goals the first coming from the right of the box landing in the center of the goal. The second would come from a penalty which is converted with the left foot landing in the lower left corner. Inter would win the match 2-0. This is a much needed win as the title race continues. The man of the mtch goes to Lukaku who scored the game winning goals. In their next match Inter take on their rivals Milan who they beat at the start of the season. As always until the next one Forza Inter.