Following back to back wins Inter take on Lazio. Lazio on the other hand are coming off a 4-1 loss against Atalanta. That loss for them shows that Atalanta are a force to be reckoned with despite their defensive issues. But back to the match at hand. Last season Inter and Lazio would split the season series with a win a piece. In this match Inter look to add another win to the win column while Lazio will look to get back on winning terms. This match will be the first test for Inter this season as they start a tough road ahead as they will also take on Milan, Genoa and Juventus in their next few matches. In my honest opinion these next few matches will determine if Inter have what it really takes to be title contenders this campaign. If they start to struggle against bigger clubs it could spell disaster for their title hopes. But they focus on working on several key issues which will be discussed later; they should have a better chance of beating these clubs going forward. 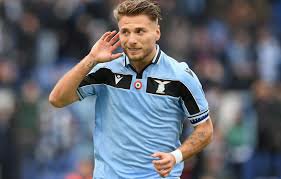 For Lazio expect the following players to start the first will be the game changer for them in this match which is their main goal scorer Immobile who won the golden boot last season. If Inter don’t isolate him he is known for cutting through a teams defense and getting the ball into the back of the net. On their defense expect to see Felipe, Patric and Radu who are known for being some of their more solid defenders. They are known for their tackles and setting up strong counter attack opportunities and getting the ball in those tight spaces. Midfield wise expect to see Savic who is a solid midfielder who knows what it takes to get the job done. Some of their more quality midfielders are out with injury but they still have the depth needed to get the win. On Inter defensive wise expect to see the clubs best defender start in Devrij who works better in a back three scenario whereas Skriniar struggles. Also expect Kolorov and Bastoni to start. Midfield wise Vidal is a way better starter versus that of a substitute. But it may be unlikely he starts as he was limping coming off the pitch in their match against Benevento. Also Barella and Sensi are more than likely to start as well. Up top as usual on seeing Martinez and Lukau starting, the one who looks to give Lazio the business is Martinez who is quick and agile and very aggressive inside the box and will give them headaches if not stopped. 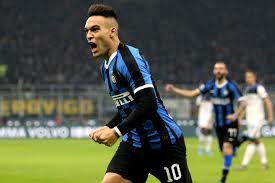 This match as I stated in there are a few key issues that need to be resolved as they take on stronger clubs. The first key issue is Handanovic, the elephant in the room as he in the past few seasons has been making mistakes a rookie goalkeeper would. It is now becoming clearer that it is time to find his replacement. He needs to shape up or it can spell disaster for Inter. The defense is another issue they are leaving way to many gaps which have allowed the opposition the chance to score. They need to become more cohesive and same with the midfield. The attack and the intensity however is much improved. In my opinion Vidal brings that winning mentality as he has played with multiple teams and won titles with them. If Inter are able to work on these issues and continue to exploit the weaknesses found in Lazio they should win this match but it won’t be a shutout it will be tough but hopefully they bring home all three points. 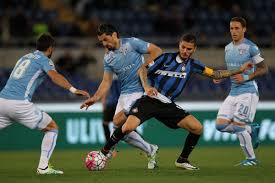