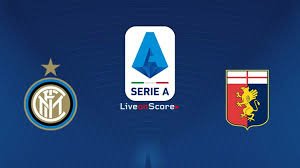 After their draw against Mochengladbach Inter take on relegation threatened Genoa. Genoa will also be coming into this match with a draw themselves against Hellas Verona. The last time these two sides faced each other back in July Inter won the match 3-0. Inter have been the dominant side when these two sides face off. Inter in this match look to get back into the winners circle after their league loss against derby rivals Milan. Genoa on the other hand will look to get some sort of momentum going as they’ve been struggling over the past few seasons. Here is what to expect.

Inter will pretty much have it’s key starters in this match. Defensive wise expect Bastoni to be back as a starter and expect their main defensive player Devrij to start as well. Barella and Brozovic will as always be in the midfield and hopefully Radja returns as well. Also expect to see Perisic play. On the attack expect the dynamic duo of Lukaku and Martinez. The key player for Inter is Martinez as he is quick and agile not only does he score goals he is the main orchestrator of scoring chances for the club. On Genoa the main players Inter will need to keep an eye on is Pandev who is one of their consistant goal scorers. In their midfield Radovanovic who also helps create most of their scoring chances.

In this match the major key issue for Inter is the midfield who as been nonexistant. The midfield is the area that’s supposed to create scoring chances but lately it is the strikers that have been doing so. This is something that needs to be heavily worked on that and they’ve left to many gaps as well allowing their opponents a chance to break away on the counter attacks giving them room to potentially score. If Inter don’t work on this it’ll be a disaster. However Genoa all around besides a few solid players struggle all around so this match should be a win for Inter if not it shows the incompetence of the players and management.