After a draw against Parma in Serie A Inter travel to take on Real Madrid in the Champions League. In the Champions League Inter have two draws while Real Madrid are coming into this match with one draw and one loss. So each side is aiming for a win. The last time these two sides even faced each other was back in the Champions League in 1998/99 where Inter won the match 3-1. So this match will be a must win for both sides. The main threat on Real Madrid that they’ll need to keep an eye out for is Benzema. He is quick and agile especially on the counter attacks. That and he’s able to get the ball into tight spaces even inside the box which if he’s able to connect with another team mate can set up scoring chances for them. Real Madrid however will need to deal with shutting down Vidal who is fast and aggressive. He will be nasty on the counter attacks and will look to stop Madrid in his tracks. This match will be tough but the way I see it looks to be a Madrid win as the main scorer for Inter is out and the midfield lacks that killer instinct.

This match was overall a dominant performance by Inter despite not getting the result they wanted. Inter had many great scoring chances but failed to finish them. This will be the downfall of the club if they don’t work on finishing chances especially in front of the goal. Another area that needs work is the midfield. Defensively they are thin and could use some work as well. But performance wise they did a solid job keeping up with Real Madrid. Inter before the international break take on a team who lost themselves Atalanta. With the performance they had Inter have the momentum going into this match. It will be a fun one to watch. As always until the next one Forza Inter. 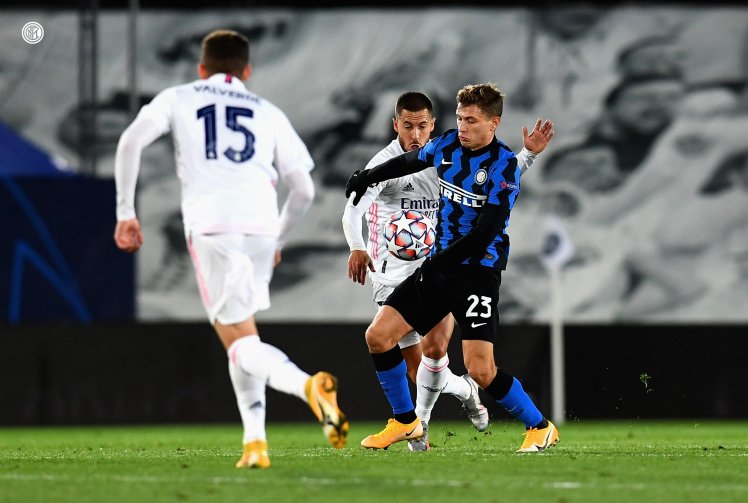