Following their draw against Real Madrid Inter take on Atalanta. Atalanta are coming off a huge loss against Liverpool. Both these sides are struggling in Champions League competition. But overall as of late both sides have had issues getting victories. The last time these two played each other was at the end of last season where Inter won the match 2-0. So both Inter and Atalanta are looking to get back in the winners circle as both of their scudetto dreams are slipping from their grasp. This is a match where a lot is on the line especially before the second international break of the season. Pretty much this match will come down to who wants the points more and who is willing to do what it takes to get the job done.

It is unsure if Lukaku will be available to compete in this match after suffering a thigh injury a few matches ago. But expect to see the usual cast of characters such as Martinez who as been the orchestrator of creating chances. Also Barella will be taking his place in the midfield. Barella as pretty much been the only player in the midfield doing their job. But the midfield as been just one of the key issues so far this season. Brozovic and Vidal should be seen in the starting eleven as well. Defensive wise Devrij will take his position as center back while Bastoni and Kolorov will be on his flank. The key player will be Martinez who is creating most of the chances for Inter but when he is able to be composed is a decent goal scorer as well. Atalanta will know to keep their eyes on him as they know what he’s capable of. For Atalanta expect to see Zapata and Papu Gomez these two have been the main goal scorers for the club. These will be the players Inter will need to isolate. Midfield wise also plan on seeing DeRoon and Ilicic. Defensive wise they’re players are non existent which is sad to say this is the area where they will struggle the most. 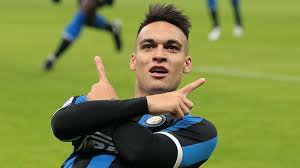 This match for Inter will come down to if Inter can finish their scoring chances this is one of the things that has become more visible over the past few matches. Inter are creating enough chances there should be no excuse as to why they can’t execute in front of goal. That and as always the other issue is the midfield with only one player doing their job it’ll be difficult to score as well as a lot of the midfielders have shown they’re capable of finding the back of the net. Defensive wise they are thin this is where they need to adjust maybe going to a back four. But with Conte that won’t happen. But out of these issues the one that is more concerning is the lack of finishing chances. If you’re unable to score you don’t get wins and you don’t get the points which means you continue to drop in the table. Atalanta are having issues with pretty much the same areas. This’ll be a close match but I think Atalanta will get a close win as they tend to be a bit more organized and keep more calm under pressure. The result in my opinion will be 2-1 with Atalanta securing all three points.